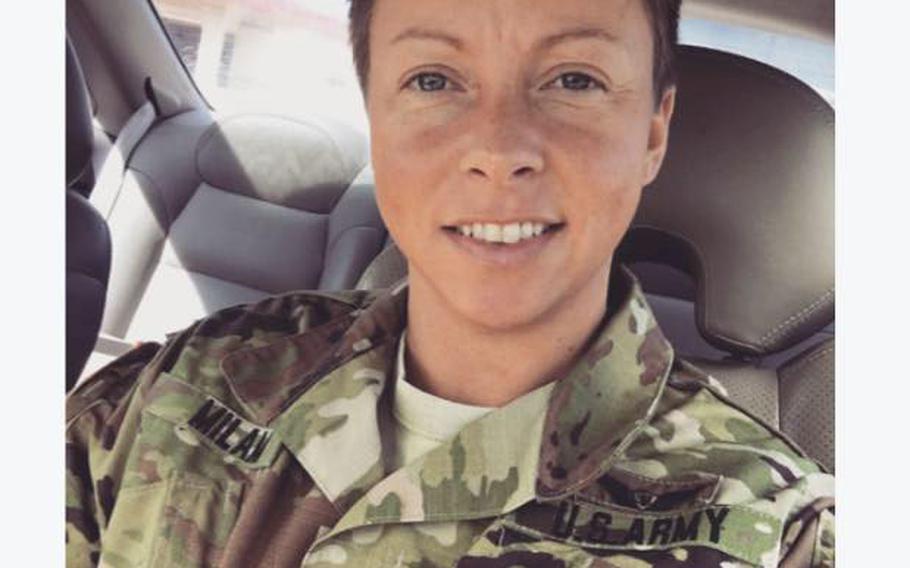 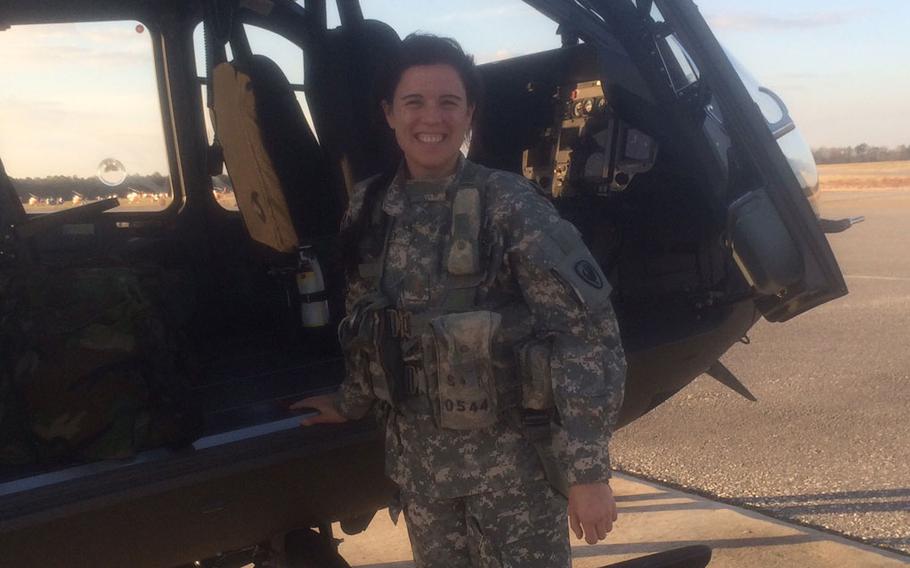 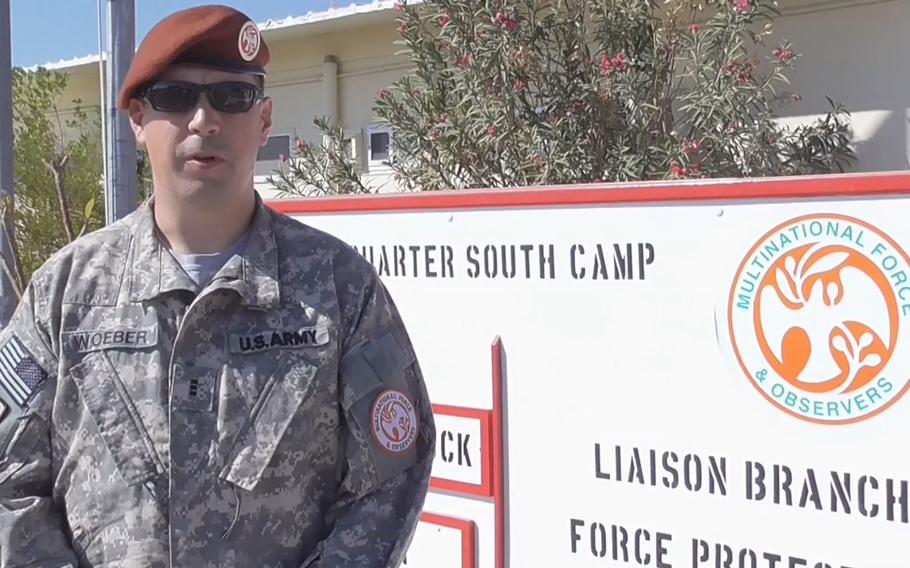 Military personnel gather at the search and rescue command center on Wednesday, Aug. 16, 2017 in Haleiwa, Hawaii. Rescue crews were searching for five soldiers who were aboard an Black Hawk helicopter that crashed several miles off Oahu's North Shore late Tuesday. (Wyatt Olson/Stars and Stripes)

The final two of five soldiers missing after their Army UH-60 Black Hawk crashed Aug. 15 off Oahu have been confirmed dead, the Army said in a statement Friday.

Chief Warrant Officer 3 Brian Woeber and Chief Warrant Officer 2 Stephen Cantrell were declared deceased by Army officials, though no remains were found, the statement said. The pair’s status was changed to deceased as a result of an administrative investigation by the 25th Infantry Division, which was approved by the Army Adjutant General Brig. Gen. James Iacocca.

Recovery operations at the crash site northwest of Oahu are ongoing. The cause of the crash is under investigation.

Here's a closer look at the soldiers:

Katie Cantrell said her husband joined the Army to support their family.

The 32-year-old helicopter pilot from Wichita Falls, Texas, loved to ride motorcycles and work on cars. He was "always in the garage messing with something," she said.

He also loved to play practical jokes. Like the time when he poured ice cubes into the shower while Katie Cantrell was showering or when he set off small "Pop-It" fireworks next to her when she was cooking.

"He never was angry. He was always smiling. His laugh was contagious," she said.

Katie Cantrell is facing a future as a single mother to three children, ages 12, 10 and 7. The special needs teacher is unemployed. She gave up her job to move to Hawaii with her family in June. She was planning to start work again on the day of the crash. She will instead move back to the mainland with her children and look for a new job.

Stephen Cantrell's brother set up a GoFundMe online fundraising campaign to raise funds to help them along, she said.

Cantrell deployed twice to Afghanistan and once to Iraq. He received the Air Medal, Army Commendation Medal with one Oak Leaf Cluster and other awards.

The 33-year-old was a Black Hawk helicopter crew chief from Jenkins, Ky., a rural town of about 2,000 close to the state border with Virginia.

She made everyone laugh and was universally loved, said Sabrina Flick, a friend who met Milam when they both worked at a Wendy's restaurant as teenagers. But her confidence and determination stood out.

One of Milam's goals was to come home, get a farm and take care of her family, Flick said. "She always wanted a wraparound porch with a screen door that slammed shut," she said.

The community held a candlelight vigil for Milam on Aug. 19, her birthday, when the search was continuing. People later gathered to release balloons after her death was confirmed. The Walmart in Whitesburg, Ky., lowered its flag to half-staff in her honor.

Milam saw the good in people, and she didn't dwell on what they wore or what kind of car they drove, said her ex-husband, Thomas Michael Milam II. "She could always see past that," he said.

She always dreamed of serving in the military. "I'm at least glad she got to experience that," he said.

Milam received the Army Commendation Medal and other awards.

She was identified by DNA analysis of remains found among crash debris.

The Black Hawk helicopter crew chief from Antioch, Tenn., deployed to Afghanistan twice. The 30-year-old was a "good soldier, good guy," said Mario Scott, who deployed with Nelson to Afghanistan for a year starting in December 2008. Nelson was a crew member on Black Hawks that carried soldiers and commanders around the country, Scott said.

Scott said he and Nelson used to go to clubs and play video games together when they were stationed at Fort Campbell, Ky.

"He was an all-around great guy," said Scott, who is now an IT service analyst at The Tennessean, a newspaper in Nashville.

Nelson was awarded the Air Medal with one Oak Leaf Cluster and other medals. He was identified using DNA analysis.

Woeber, 41, had three children, according to The Decatur Daily, a newspaper in his hometown of Decatur, Ala.

"He was a great guy and friends with everyone," Heather Aldridge Smith told the newspaper. She remembered the 1995 Austin High School graduate from their time in youth programs as Wesley Memorial United Methodist Church.

The helicopter pilot was declared dead though his remains weren't found.

Woeber had deployment to Afghanistan and Egypt. His awards include the Army Commendation Medal with three Oak Leaf Clusters.

The 26-year-old had just moved to Wheeler Army Airfield in Hawaii from Fort Rucker, Ala., earlier this year, according to a May article in Hawaii Army Weekly. The newspaper had interviewed Bailey for a story about moving to a new post in the Army. In the story, Bailey recommended that people start preparing for their move early.

The Hope Mills, N.C., native joined the Army in January 2015. She was trained to be a Black Hawk pilot. She received the National Defense Service Medal and other awards.

Bailey was declared dead with the help of DNA analysis.