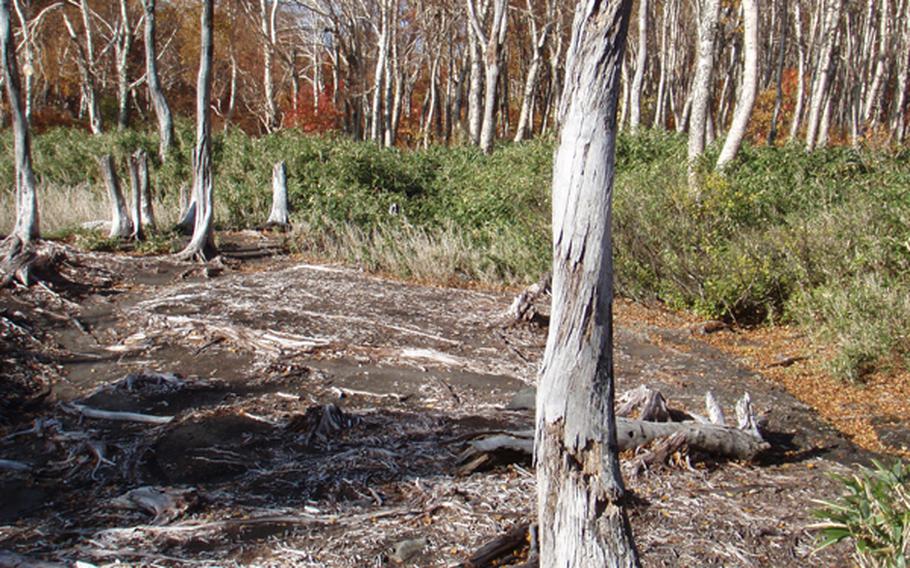 High levels of carbon dioxide in the soil have killed the trees and vegetation in this area, about 800 yards uphill from the Sukaya onsen, near the site where a 13-year-old was found dead June 20, 2010, after officials believe she inhaled toxic volcanic gases. (Courtesy of Ronald Stark)

High levels of carbon dioxide in the soil have killed the trees and vegetation in this area, about 800 yards uphill from the Sukaya onsen, near the site where a 13-year-old was found dead June 20, 2010, after officials believe she inhaled toxic volcanic gases. (Courtesy of Ronald Stark) 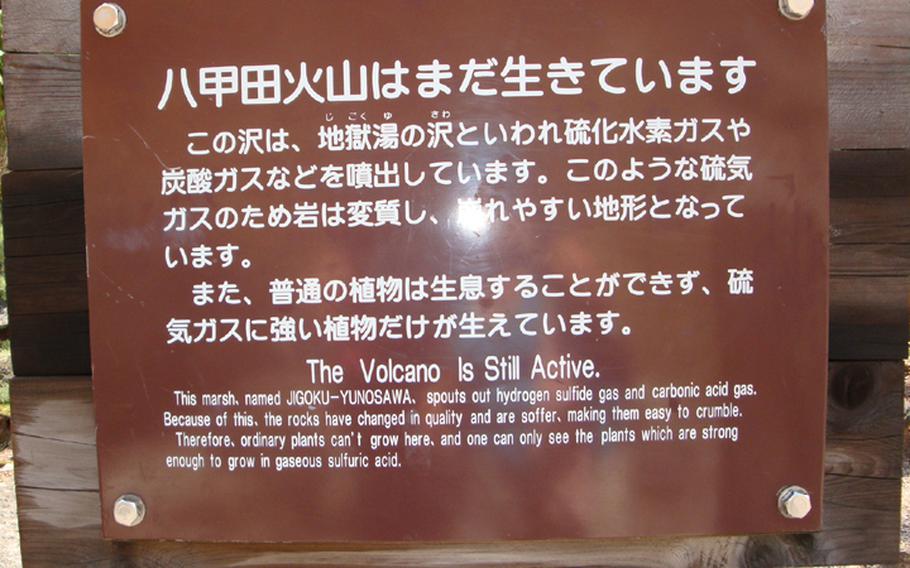 Hikers visiting the Hakkoda mountain range near Misawa Air Base, Japan, will find signs like these explaining that they're visiting the site of a live volcano. Aomori officials have closed the hiking trails while investigating the death of a 13-year-old Japanese girl who is believed to have inhaled toxic gases while foraging for wild vegetables off the main trail on Otake Mountain. (Courtesy of Nicole Bendick) 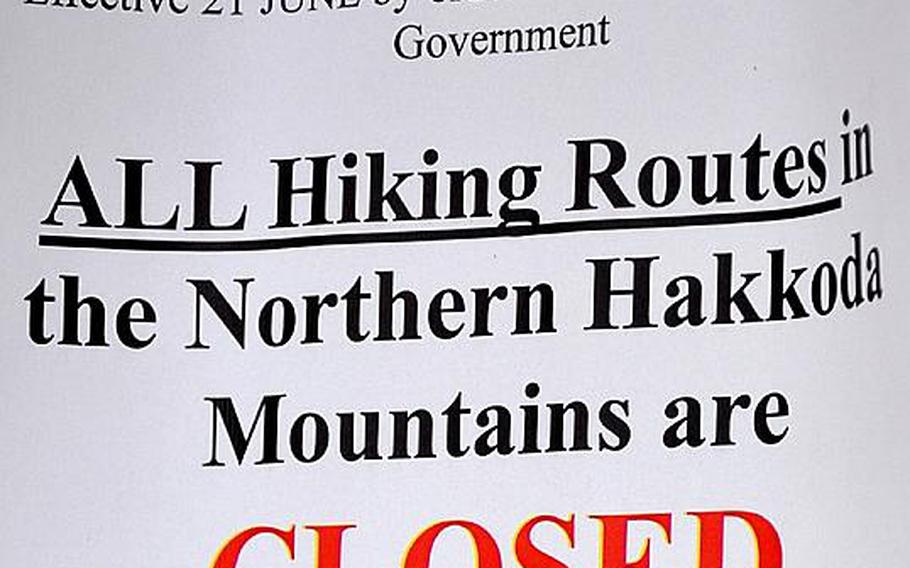 Buy Photo
Outdoor Recreation officials on Misawa Air Base, Japan, are warning base residents that hiking trails in the Hakkoda mountain range are closed following the death of a 13-year-old Japanese girl on June 20. Officials believe the girl inhaled toxic volcanic gasses while searching off-trail for wild vegetables with her family. (T.D. Flack/Stars and Stripes)

MISAWA AIR BASE, Japan &mdash; Base officials have postponed group tours to a popular hiking destination as Japanese authorities investigate the death of a teen who they believe inhaled toxic volcanic gases there Sunday.

Officials with the Aomori prefectural disaster prevention division said they&rsquo;ve closed the Hakkoda mountain range trails while the death of the 13-year-old Japanese girl is investigated.

According to local news reports, the girl and members of her family were searching for wild vegetables off the marked trails near the Sukayu hot springs on Otake Mountain when they were believed to have inhaled the gas.

Ronald Stark, Misawa&rsquo;s Outdoor Recreation program coordinator, said the mountain and others in the range are popular year-round among base hikers.

Misawa personnel are warned of the dangers on the active volcanoes, and tour groups hike past so-called dead zones, areas where gases such as hydrogen sulfide have killed all vegetation. They&rsquo;re told to stay on the trails and to avoid low-lying areas, which may have pockets of the gas, Stark said.

The last gas-related fatalities on the range occurred in 1997, when three Japan Ground Self-Defense Force personnel died. One member fell into a low-lying area &mdash; called a gas hole &mdash; and two of his peers who attempted to rescue him also died, according to prefectural officials.

Lt. Col. Scott Hartwich, commander of Misawa&rsquo;s 35th Aerospace Medicine Squadron, said hikers should watch out for symptoms such as an irritated throat or eyes and difficulty breathing.

The first course of action, Hartwich said, would be heading uphill, as the pockets of gas are heavier than air and cling to the lower depressions.

If a hiker were to collapse, the hiker should be carried to a greater elevation before providing first aid, Hartwich said.