Expert: Info released to public on radiation too confusing 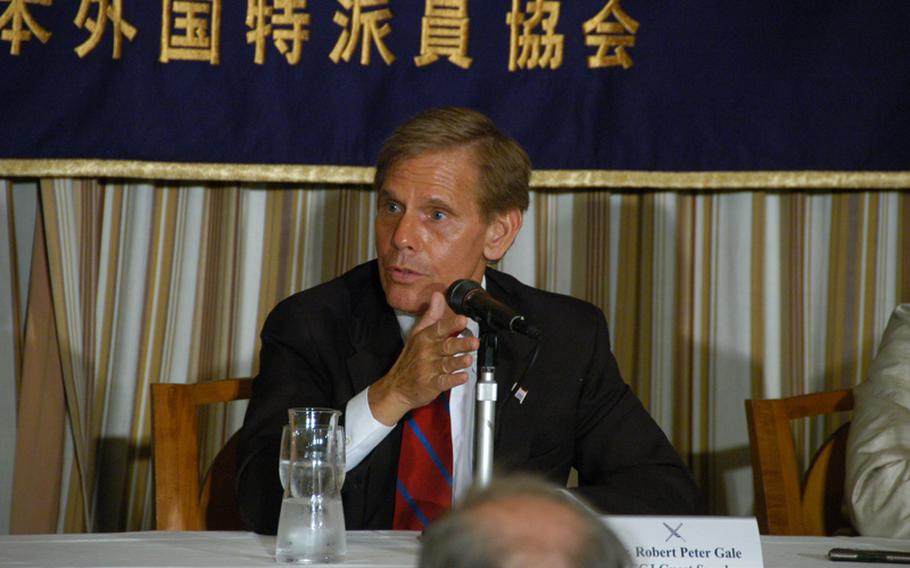 Buy Photo
Dr. Robert Gale, an expert involved in medical relief efforts for the Chernobyl and Tokaimura nuclear accidents, is among the physicians advising the Japanese government on radiation risk from Fukushima. (Seth Robson/Stars and Stripes)

TOKYO &mdash; The public is being bombarded with too much confusing information about risks from the damaged Fukushima Dai-ichi Nuclear Power Station, warns an American adviser to the Japanese government during the ongoing crisis.

&ldquo;I don&rsquo;t think proper attention has been given by any government &hellip; to the transmission of information to the public about what these radiation hazards mean,&rdquo; said Dr. Robert Gale, a visiting professor in the Hematology Division, Department of Experimental Medicine at Imperial College in London. An expert on radiation sickness, Gale also was involved in medical relief efforts for the Chernobyl and Tokaimura nuclear accidents.

The confusion is related to the &ldquo;minute-by-minute reporting of data&rdquo; by the media, Gale said during a press conference Monday in Tokyo.

For example, on Sunday, Tokyo Electric Power Company officials said radiation in leaking water in the Unit 2 reactor at Fukushima was 10 million times above normal &mdash; an apparent spike that sent employees fleeing the unit. The day ended with officials saying the huge figure had been miscalculated and offering apologies.

&ldquo;Governments and agencies of governments release these figures like becquerels per liter of water and cesium levels in spinach, and there is no effort made to translate this into something the public can appreciate and comprehend and [use to] modify their behavior,&rdquo; Gale said. &ldquo;To me, this is a glaring omission, but it&rsquo;s not unique to the Japanese government.&rdquo;

What is lacking is clear understanding on the part of the public of what are the risks involved with the Fukushima accident, he said.

&ldquo;I&rsquo;m not saying information should be withheld but it needs to be processed,&rdquo; he said.

The fear over radiation leaks led to the U.S. State and Defense Departments offering a voluntary evacuation of U.S. government dependents in Japan. The U.S. military began loading families onto planes last week, with more than 7,000 people departing so far, and thousands more waiting to get out.

Gale said he met recently with officials from the Japanese prime minister&rsquo;s office as part of efforts to establish a small council &mdash; composed mostly of Japanese physicians and scientists &mdash; to be an interface between scientific data related to Fukushima and the public.

On a recent visit to the &ldquo;J Camp,&rdquo; which is the staging area for the recovery effort at Fukushima, he talked with physicians responsible for the care of emergency workers struggling to contain the disaster, he said.

The Japanese government&rsquo;s 12-mile exclusion zone around Fukushima is arbitrary but reasonable, he said. The United States, for example, has suggested its citizens stay more than 50 miles away from the site.

&ldquo;The dispersion of the radionuclides from this accident are global,&rdquo; he said. &ldquo;They are everywhere. It is global in the Northern Hemisphere, so where you choose to draw the line is completely arbitrary.&rdquo;

There&rsquo;s no simple test to determine if someone has received a high dose of radiation, Gale said.

For a lay person, nausea is a simple sign that they may have been affected.

&ldquo;The easiest thing, and the thing that we use when we have to screen a large population like 10,000 people at a soccer stadium and you want to know who got a high dose of radiation you ask: Who got nauseated?&rdquo;

Physicians have more technical ways of determining whether someone has been exposed to radioactive elements and the amount of exposure, he said.

For example, holding a Geiger counter up to somebody&rsquo;s thyroid gland can determine how much radioactive iodine they have ingested. Since radioactive Cesium disperses throughout the body, a large full-body testing device is needed to determine a victim&rsquo;s level of exposure. And to track external exposures, doctors can examine a patient&rsquo;s tooth enamel, blood cells or chromosomes, he said.

Japan is no better or worse set up to deal with radiological injuries than many other countries, Gale said.

&ldquo;In the U.S., we have a consortium of experts at different hospitals &hellip; that are in a network that can be mobilized to provide care to radiation victims,&rdquo; he said. &ldquo;The European Union has exactly the same system in place. ... I think that a very comparable but not identical situation exists in Japan.&rdquo;

Any victims of radiation are likely to be treated locally, he said, but added that it can be complicated treating victims since they can become dangerously radioactive themselves.

&ldquo;We had an accident in Brazil where people ate radioactive Cesium and they became radioactive,&rdquo; he said. &ldquo;They can pose a hazard to the people taking care of them. The doctors had to be protected.&rdquo; Gale said any precautions taken to protect people from radiation needed to be carefully considered since the disruption caused by things like evacuations and orders to stay indoors could outweigh the risks posed by the radiation.

People who stay inside when a radioactive cloud is passing can protect themselves from ambient radiation released by the cloud, he said.

&ldquo;The question is how do you survive? How are you going to get food? The amount of time it is going to take to mitigate this accident is not measured in days or weeks. It is measured in months or maybe even years.&rdquo;