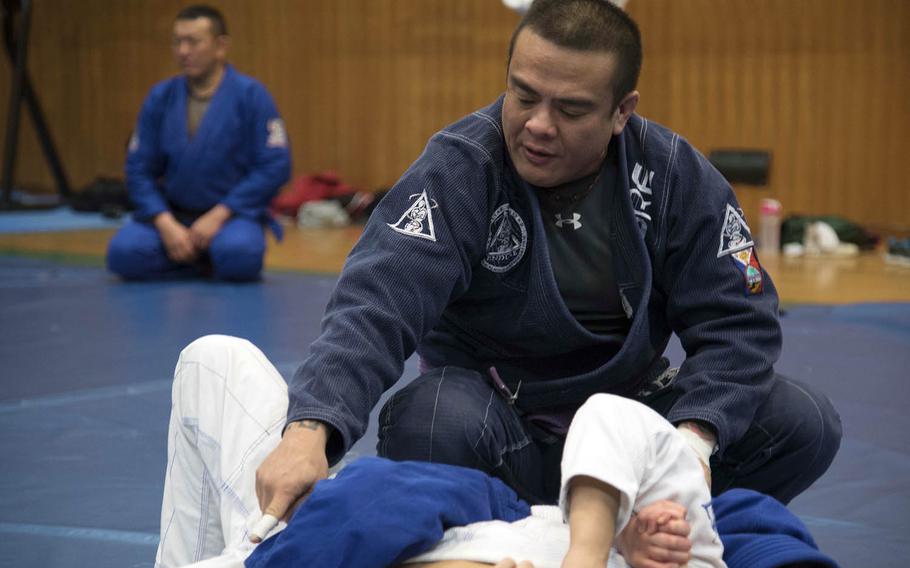 More charges have been filed against a jiujitsu instructor accused earlier this year of trying to kill a young airman and beating two others at Misawa Air Base, Japan.

Rodrigo Pineda Gomez, the husband of an Air Force officer, was arrested in February and charged with attempted voluntary manslaughter and assault in the New Year’s Eve 2016 incident at Cafe Mokuteki.

Federal prosecutors alleged in a court motion that Gomez had been drinking and “upon a sudden quarrel and heat of passion did attempt to kill [an airman]” while visiting the popular coffee shop near Misawa’s flight line at about 2:30 a.m.

Prosecutors say Gomez tried to snap the airman’s neck, punched him in the throat and repeatedly stomped on his head. They also say he assaulted two other airmen by hitting one in the head and the other in the face.

On Aug. 7, prosecutors indicted Gomez on additional charges of assault with a dangerous weapon and resisting arrest. The indictment argues that his “shod feet” served as a “dangerous weapon” during the incident.

The document also lists his son, Miguel Gomez, as a defendant, and accuses him of assaulting an airman “by striking, beating, and wounding, specifically, by hitting him about the body with his hand.”

The pair are also accused of physically resisting and impeding the Security Forces officers who responded.

Prosecutors also say Rodrigo Gomez made a “false, fraudulent and fictitious” statement when he said in his written statement that “a person wearing a green hoodie threw a punch and that he … punched back.”

Gomez’ attorney did not respond to emails seeking comment on Wednesday.

Gomez, who was barred from U.S. military bases in Japan after the fight, was indicted in Arkansas because that’s his last known state of residence.

The trial, which has been postponed twice since March 26, is scheduled for Dec. 10 in Little Rock.