Electric motorcycle would allow soldiers a stealthy approach to battle 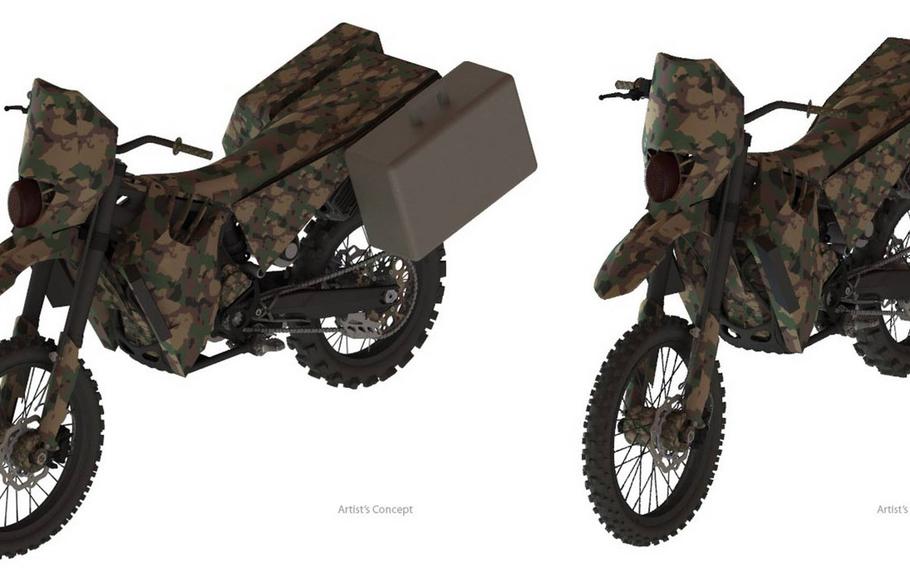 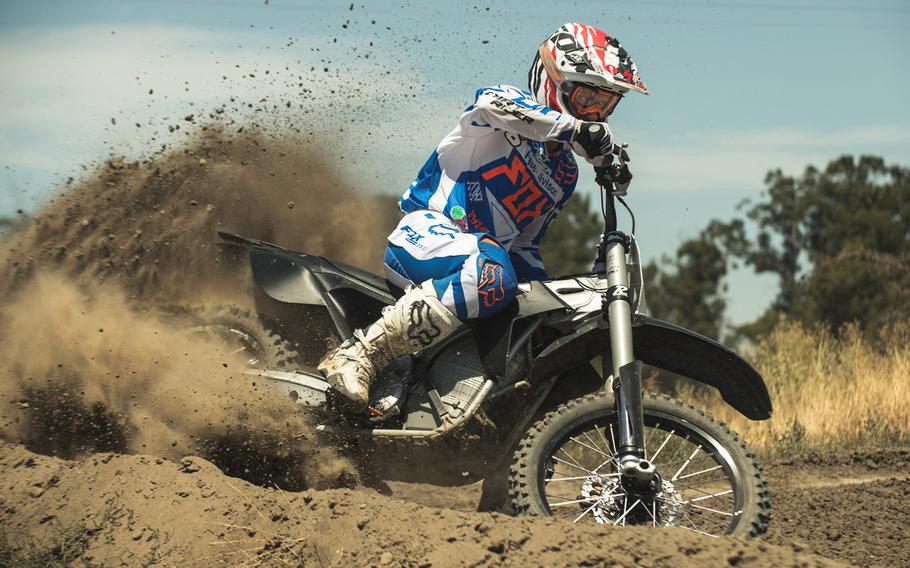 Logos Technologies will use the Alta RedShift electric motorcycle as the basis for the hybrid bike it plans to build for the U.S. military. Use of a silent electric motorcycle would make it easier for soldiers to move around the battlefield without being noticed. (Courtesy of Alta Motors)

The U.S. military is hoping to field an electric motorcycle that would allow soldiers to quietly glide into battle, providing an element of surprise and potentially cutting down on roadside bomb attacks, according to a defense contractor hired to build the bike for the Defense Advanced Research Projects Agency.

This month, Logos Technologies was awarded a DARPA contract to construct and test a prototype of its SilentHawk hybrid motorcycle, in partnership with California’s Alta Motors.

DARPA’s requirements — released in August 2013 — are for an extremely quiet, multi-fuel, off-road motorcycle that can travel 26-50 miles on battery power alone.

Those capabilities would have been useful in places such as Afghanistan, where the Taliban’s weapon of choice — the improvised explosive device — often targeted large armored vehicles full of U.S. soldiers. Some 1,400 coalition soldiers have been killed in IED attacks in Afghanistan, according to the website icasualties.org.

The quietness of motorcycles also can help negate the threat of roadside bombs in future conflicts, according to Logos advanced concepts manager Wade Pulliam.

“IEDs are cheap, but they are static,” he said. “You have to know where your enemy is coming from.”

Motorcycles also would allow troops to approach an objective from almost any direction — be it through woods or across fields, he said.

Pulliam said his company’s SilentHawk bike would fulfill DARPA’s requirements and do even more. The design weighs under 350 pounds, so it could be flown into combat. Its hybrid-electric power system — originally developed for an unmanned aircraft — gives it a range of up to 170 miles, and it’s capable of carrying 75 pounds of gear and recharging electronic devices, Pulliam said.

Lithuanian Special Forces troops and Afghan security forces have used motocross bikes to chase down the enemy. However, the U.S. military uses motorcycles only for simple tasks such as driving around airfields, Pulliam said.

“They (conventional motorcycles) aren’t really used in actual kinetic military missions … because you are announcing your presence ahead of time,” he said.

Quiet combat vehicles have long been a dream of military planners, he said, adding, “The technology is here now to do this sort thing.

“There has been a lot of push towards electric in recent years,” Pulliam said. “We are taking advantage of that.”

David Johnson, of the Center for Advanced Defense Studies in Washington, said in a 2013 interview that vast amounts of resources put into building armored vehicles for combat in Iraq and Afghanistan might have been avoided if the military had made different strategic, operational or tactical choices such as patrolling with motorcycles. In Iraq, for example, special operators often patrolled in beat-up taxis instead of armored vehicles, he said.

“They (unarmored vehicles) were very effective in avoiding ambushes,” Johnson said, while adding that they wouldn’t be a good fit for operations such as “presence” patrols or large-scale logistical efforts.

SilentHawk is based on a recreational electric motorcycle — Alta’s Red Shift — which is expected to go on sale this year. The fact that the military vehicle shares its base components with the recreational bike will cut costs due to economies of scale, Pulliam said.

Logos is working on modifications that will make it to a “series hybrid” that converts fuel energy into electric power. The company’s modular design will allow a mechanic to convert the SilentHawk into a lighter, all-electric vehicle in 30 minutes, he said.

A challenge for the designers is finding the best place to install the new hybrid electric components on the bike, Pulliam said.

“We want to maintain the capabilities of the commercial bike — balance between the front and rear ends — when we add components,” he said.

The bike’s engine can run on military-grade JP8 fuel, but it is also capable of burning gasoline or kerosene. The SilentHawk will use regenerative braking to recapture energy, giving it a 16 percent improvement in efficiency in rough terrain, he said.

There is potential to convert other military vehicles into hybrid electrics, which would be more fuel-efficient and quieter than conventional tanks and armored personnel carriers. However, heavier vehicles require more battery power, and it’s difficult to retrofit vehicles with conventional engines, he said.