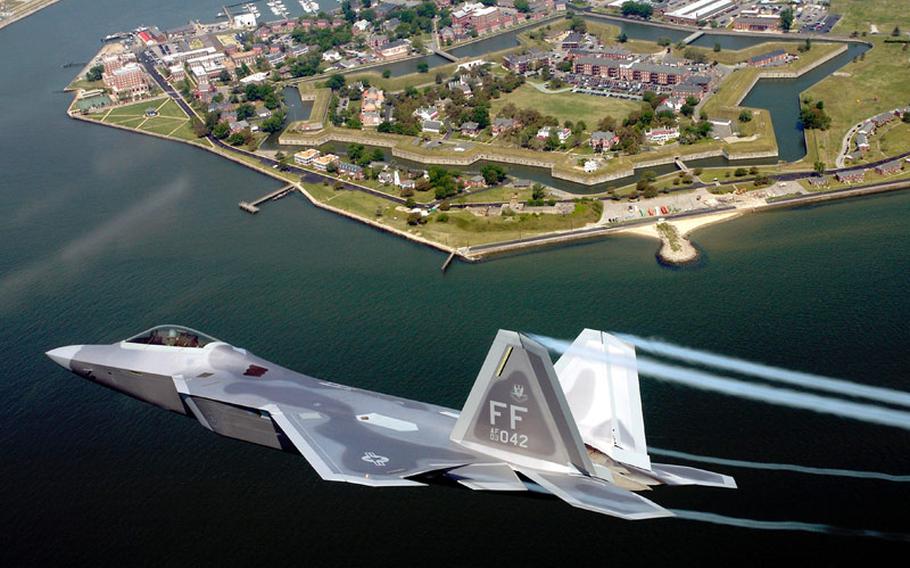 TOKYO – About 12 Virginia-based F-22 Raptor fighter jets will deploy this month to Okinawa, according to an announcement posted on the 5th Air Force website.

The rotational deployment to Kadena Air Base will include about 300 people from Langley Air Force Base as part of a routine assignment, according to 5th Air Force officials.

The Air Force has been rotating fighters to Pacific Command bases on a regular basis since March 2004, according to the statement.

The single-seat, twin-engine Raptor is the Air Force’s newest fighter.