‘Don’t give up’: Pastor reaches out to overlooked homeless population near Yokota Air Base 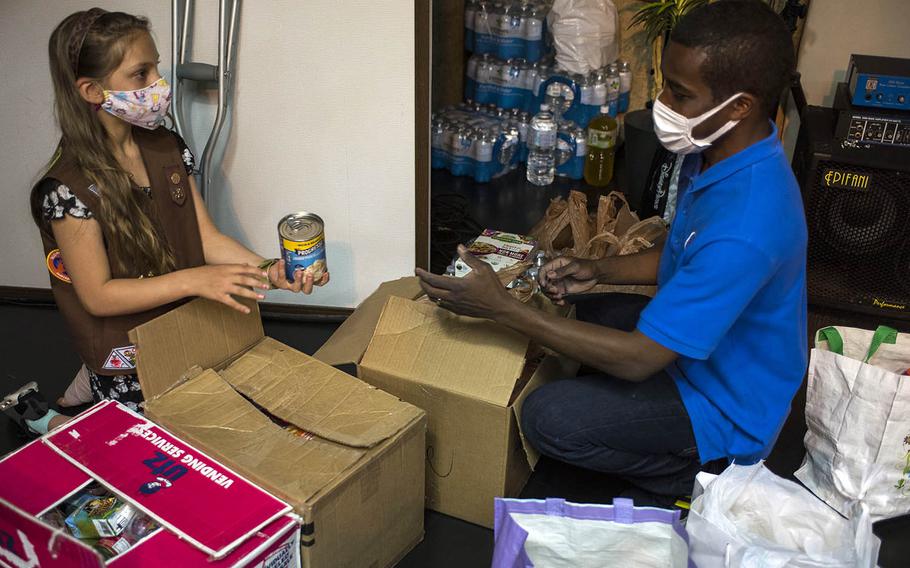 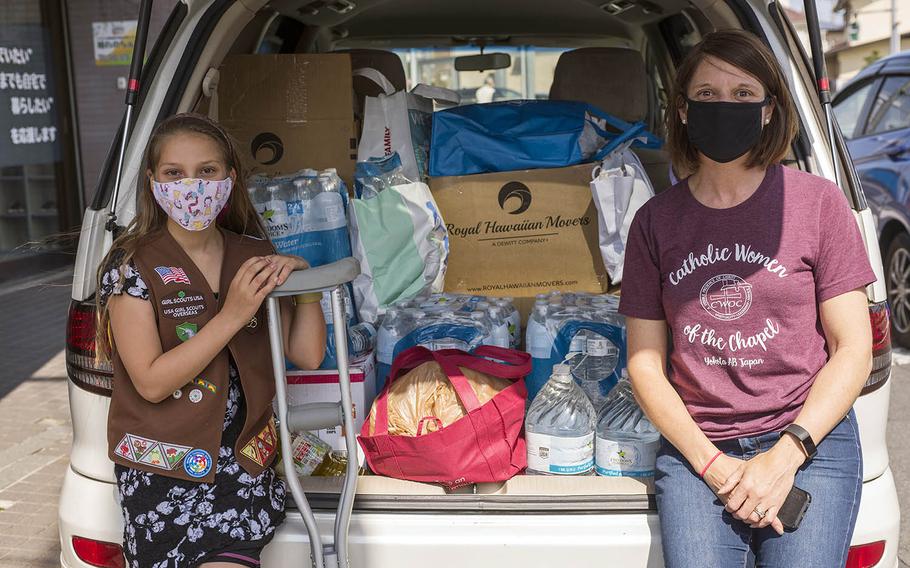 Buy Photo
This month, Girl Scout Eleanor Pierson, 9, and her mother Danielle collected more than 500 bottles of water and hundreds of nonperishable goods for the homeless near Yokota Air Base in Tokyo, working on crutches after dropping two cans of food and injuring her toe. (Theron Godbold/Stars and Stripes) 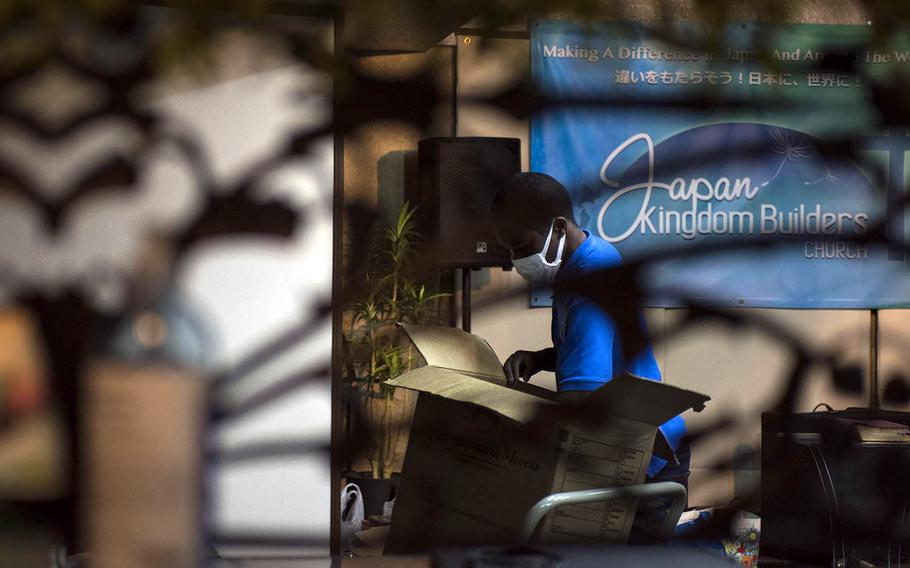 FUSSA, Japan — A small, church-run organization is trying to help a seemingly invisible population in the Little America neighborhood outside the gates of Yokota Air Base in western Tokyo.

Marcel Gadsden, pastor of the Japan Kingdom Builders Church in Fussa, said the local homeless population is often overlooked by programs founded by churches and community members at Yokota to assist service members and their families. He said he wants to change that.

A resident of Japan more than 20 years, Gadsden and Yokota community members founded the church and homeless program in 2018. He named the program Akiramenai, which translates to “don’t give up.”

The church is in a basement that was once a bar and club, then sat vacant for nearly a decade, Gadsden said.

A space inside, the Kingdom Garden Community Center, offers a place for homeless people to use the internet, shower, do laundry, eat and relax. Volunteers hand out clothing, canned goods, small gas cans for stoves cans and bottled water.

“When people think of Japan, especially Tokyo, they think of technology and big businesses and a thriving city,” Gadsden told Stars and Stripes on Tuesday at the church. “The reality, though, is that there are homeless people who get into unfortunate situations, like losing their jobs after becoming older and no longer being seen as valuable to their companies.”

Japan has a homeless population of 3,992 people, according to a 2020 survey by the Ministry of Health, Labor and Welfare. The majority are men, and their highest numbers are in Osaka and Tokyo, according to the ministry website.

However, a homeless advocacy group found more than double that number during a nighttime count of the capital’s 23 wards in 2019, according to a February report in the Mainichi newspaper. The Advocacy and Research Centre for Homelessness has been conducting its own surveys since 2016 to show the reality of Japan’s homeless plight, the report said.

The group has between 12 and 20 active members, mostly from Yokota, he said. Two of them, Danielle Pierson, a military spouse at Yokota, and her daughter Eleanor, 9, heard of Akiramenai through their Catholic community at the base chapel.

Eleanor has organized canned good drives at her Girl Scout Troop, her church and at Yokota West Elementary, where she is a third-grader.

This month, Eleanor collected more than 500 bottles of water and over 400 cans of food, working on crutches after dropping two cans of food and injuring her toe, she and her mother said.

Her mother wants Eleanor to feel empowered to do big things and recognize the effects they have.

“When she has an idea, it’s not a fleeting thought,” Danielle Pierson said in an email Wednesday to Stars and Stripes. “She gives it wings and allows it to grow.”

“I want to permanently end the cycle of homelessness for our participants and friends, not just give them temporary fixes,” he said.

The church purchased an apartment in the nearby city of Ome for three people, providing them a permanent address for welfare screenings and potential job placement, Gadsden said.

He checks in on the occupants twice a month and helps them host game nights and social activities.

In the meantime, Gadsden said his wife, Chiaka, helps him run the program and navigate Japanese culture so they can best serve in a way that is sensitive to people who are at a low point in their lives.

“I want the outreach to have visibility, but I also want to be careful,” Gadsden said. “Also, even though I’m a Christian pastor, I don’t want to push it on others. Ultimately, it’s about love and helping other people and keeping your heart in the right place.”