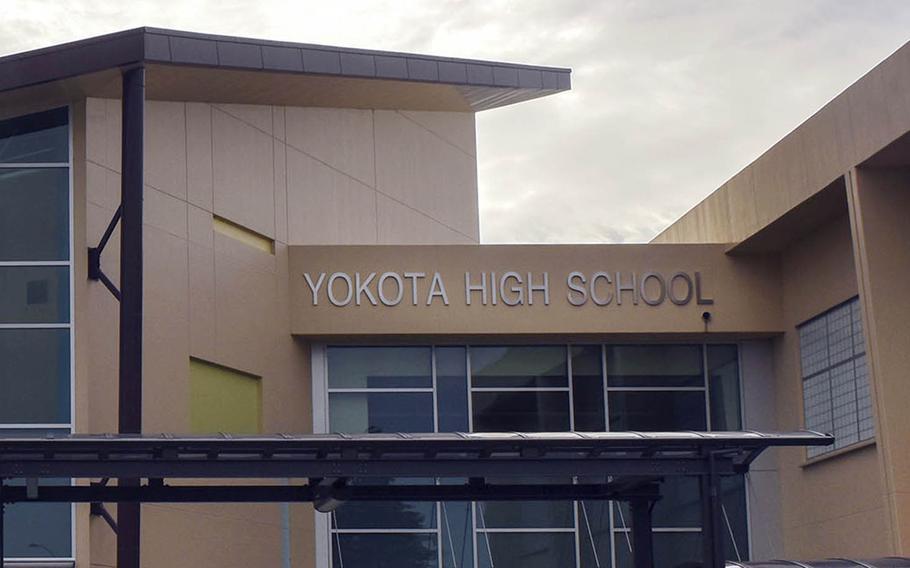 TOKYO — The U.S. military in Japan announced one new coronavirus case Thursday at the Defense Department high school at Yokota Air Base in western Tokyo.

The patient is “a member of our Yokota High School family,” according to a letter to families and school staff from Principal Marian Leverette.

She wrote that depending upon the results of contact tracing, “some of our students (and family members) may be quarantined and will be transitioned to remote learning for the length of the quarantine.”

Yokota is the home of U.S. Forces Japan, the 5th Air Force and the 374th Airlift Wing. It has just one active case, according to the base Facebook page. The base last reported three new coronavirus cases on Oct. 2, all new arrivals to Japan.

Students and their families deemed a contact risk will be notified by public health authorities, Leverette wrote Thursday. “If you are not contacted by public health officials, you have not been deemed to have been in close contact,” the letter said.

Students returned to classrooms at Yokota when the new school year started Aug. 24. Classes were not interrupted Thursday, according to an email from Miranda Ferguson, spokeswoman for the Department of Defense Education Activity, Pacific Region.

The school will be thoroughly cleaned and disinfected according to guidelines set by the Centers for Disease Control and Prevention and military public health authorities, according to Leverette’s letter and a Facebook post by Yokota Air Base.

Also Thursday, two U.S. military installations placed parts of Japan off-limits to their personnel due to a rising number of infections in those areas.

At Misawa Air Base in northern Japan, the western portion of Aomori prefecture is now off-limits to U.S. military personnel, civilian employees, family members, contractors, Japanese employees, Defense Department retirees and “any other persons accessing Misawa Air Base,” according to a message on the base website.

On Okinawa, the Navy placed neighboring islands Ishigaki and Miyako off-limits to its personnel “due to a recent rise in coronavirus cases,” according to a Facebook post.

Also Thursday, a spokesman for the Okinawa Defense Bureau said a Japanese worker at the Camp Schwab construction site tested positive for the virus on Sunday. The Marine Corps is building a new airfield there to relocate Marine Corps Air Station Futenma.

Okinawa prefecture announced 38 new coronavirus cases and one death Thursday due to coronavirus complications, a prefectural health official told Stars and Stripes. Okinawa has reported 3,051 cases of the coronavirus and 57 deaths during the pandemic.