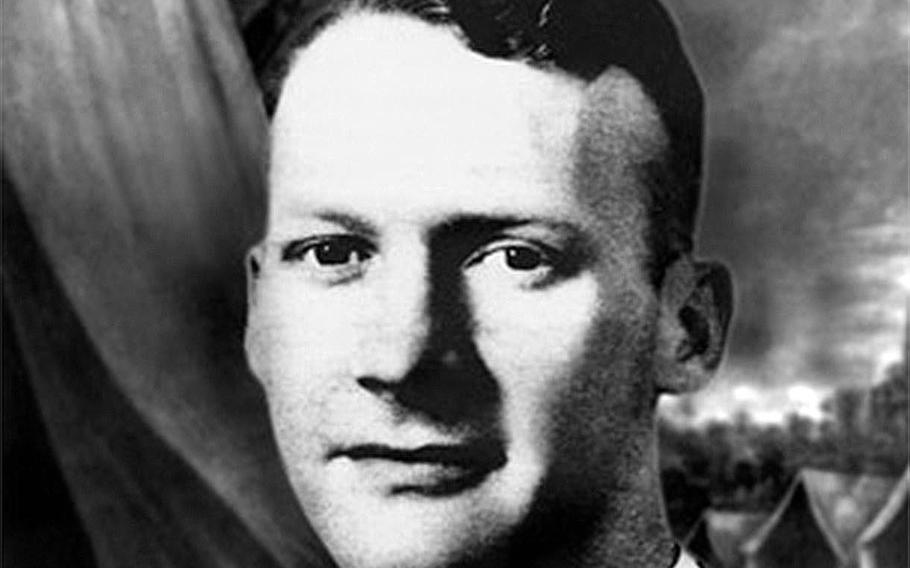 A family’s decades-long quest to recover the remains of World War II’s first Medal of Honor recipient has bogged down in red tape after hopes of a quick disinterment were raised in January.

The family of 1st Lt. Alexander “Sandy” Nininger, who died in battle on the Bataan Peninsula in the Philippines on Jan. 12, 1942, has for years pressed the Defense Department to exhume an unknown grave in Manila they believe could hold his remains.

In January, Anthony Tata, who was then performing the duties of the undersecretary of defense for policy, directed the Defense POW/MIA Accounting Agency to make an exception to its policy and “expeditiously” exhume the remains for analysis.

But Nininger’s 84-year-old nephew and closest next of kin, John Patterson, learned in late March that DPAA had recommended postponing disinterment of the gravesite, known as X-1130, a decision based on another DOD policy.

In documents emailed to Patterson on March 25, DPAA Director Kelly McKeague cited a 2019 policy by the undersecretary of defense for personnel and readiness requiring DNA samples be collected from family members of at least half of all service members “potentially associated” with the grave before disinterment can be approved.

DPAA’s “historical, anthropological, and dental analyses reduced the number of casualties believed to be buried in grave X 1130 to six,” but the Armed Forces DNA Identification Laboratory had only one family sample, or 16%, McKeague wrote.

DPAA, as did its precursors, maintains there is no evidence Nininger lies in X-1130.

“DPAA submitted a recommendation to the DoD approving official to not disinter grave X-1130 because we are unlikely to be able to make an identification,” McKeague wrote in March.

An inquiry by Stars and Stripes on the case last week, however, prompted McKeague to email Patterson on Saturday with an update that two additional family samples had been obtained, meaning that the 50% threshold of DNA samples had been met.

McKeague wrote in the email that he had “forwarded the disinterment package with the updated information and DPAA's recommendation to disinter to the Assistant Secretary of Defense (Manpower and Reserve Affairs) for his consideration on whether to approve.”

Patterson greeted the news of needing to clear yet another bureaucratic hurdle with a weariness born of a long struggle.

“For the life of me, I can’t be surprised given the years and decades this has gone on,” he said during a phone interview Tuesday. “It still mystifies me. I think there are professional egos, bureaucratic reasons, that have just been thrown up one after another.”

Patterson has spent his adult life researching the death and burial of his uncle and interviewed veterans with firsthand knowledge of events in January 1942.

In the 1990s, toward the end of his career working for the U.S. government, he was posted in the Philippines, during which time he investigated burial grounds near the battle site.

In 2017, he was one of seven plaintiffs who filed a lawsuit in federal court seeking to force the federal government, including DPAA, to conduct DNA tests on remains buried as unknowns in the Philippines.

A judge dismissed the case in 2019 in a summary judgment for the defendants.

Nininger, a 1941 West Point graduate, was serving with the 57th Infantry Regiment, Philippine Scouts, when the Japanese attacked the Philippines. He died while assaulting enemy foxholes and snipers using his rifle and hand grenades.

He became the first service member to receive the Medal of Honor during World War II. Medals of Honor were subsequently awarded to service members involved in the earlier Japanese surprise attack on Pearl Harbor on Dec. 7, 1941.