Delayed by pandemic, US-India exercise slated for 2020 kicks off in 2021 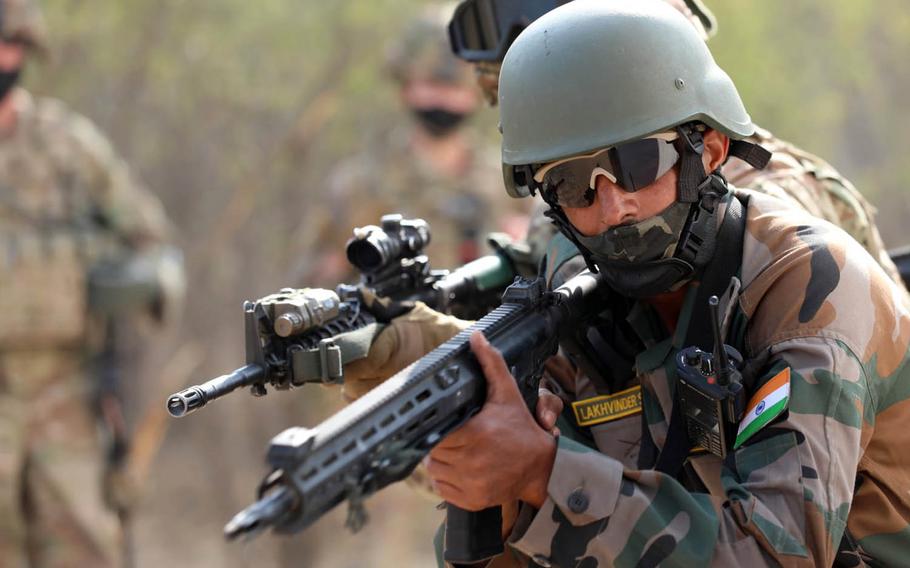 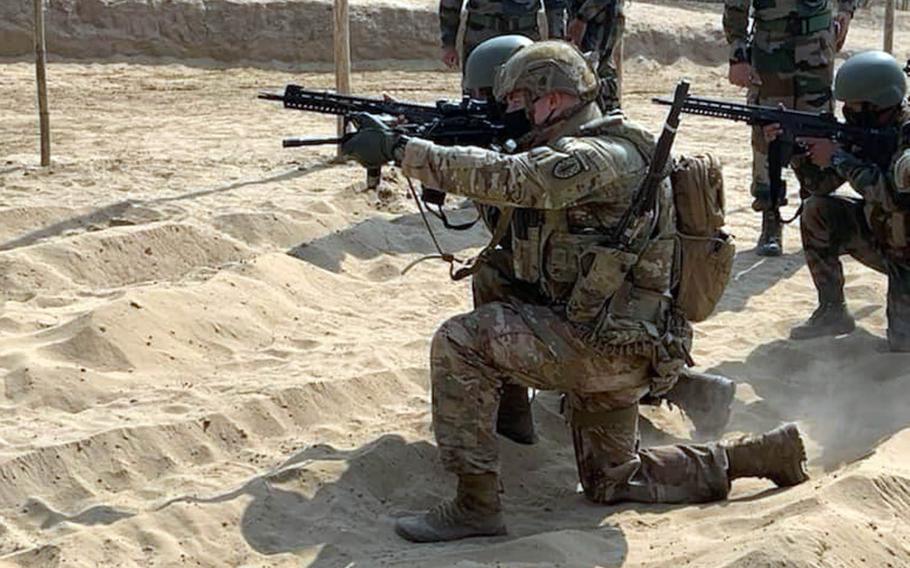 The coronavirus pandemic stymied much of the one-to-one training the Army undertakes with partner nations last year, and the annual Yudh Abhyas exercise in India was no exception.

The exercise had been slated to run in October but concerns over spreading the virus led to its postponement until this week, when roughly 250 soldiers of the 1-2 Stryker Brigade Combat Team joined the same number of Indian troops for two weeks of overdue training.

“We are sort of making up for lost time from when we would have originally been doing this back in October,” Maj. Spencer Garrison, a brigade spokesman, said Thursday during a phone interview from Mahajan Field Firing Range in Rajasthan, about 100 miles west of New Delhi.

This is the first bilateral exercise of the year for U.S. Army Pacific after a rocky 2020.

“As soon as we're able to start getting back into these kinds of combined bilateral exercises, this is one of those relationships that we absolutely want to make sure to advance as soon as we can in a safe way,” Garrison said. “Having this exercise with India, in particular, I think is a kind of testament to the importance of the relationship that we're continuing to foster with them, placing them as a priority.”

This is the 16th iteration of the annual exercise, whose venue switches between America and India each year. The two countries have deepened their defense ties in recent years.

Indian apprehension over China’s growing military might and its desire to dominate the region has bolstered U.S.-India military cooperation.

A clash between Indian and Chinese troops this summer on the disputed border between the two countries left at least 20 Indian soldiers dead.

An informal grouping of India, the U.S., Japan, Australia – known as the Quad – was reenergized in 2020 over the issue of China.

The current Yudh Abhyas, which ends Feb. 21, is divided into a command post exercise and a field training drill.

The field training involves about a “company-plus” each from the U.S. and Indian armies, Garrison said.

“That’s a lot of your traditional kind of small-unit tactics and shared combined training like room clearing, things like that,” he said. “It's kind of heavy on counterinsurgency, a counterterrorism focus, but overall hitting a lot of broad skill sets – like weapons familiarization, sharing tactics across the board”

The command and staff of the 1-2 Stryker Brigade will join the Indian Army’s 170th Brigade for the command post drill, he said.

The brigade transported about a half-dozen vehicles from Joint Base Lewis-McCord, Wash., to India, including namesake Strykers.

The Indians brought BMPs, which are amphibious-capable tracked vehicles used by infantry.

“We’re seeing some of the ways the vehicles are similar or different,” Garrison said.

U.S. soldiers were required to test negative for the coronavirus before deploying for the exercise, and the Indian Army administered a second test upon their arrival, Garrison said.

“So, a lot of those uncomfortable nasal swabs in the course of just a couple of days,” he said with a laugh.

The firing range is remote, with arid and desert-like terrain, which serves as a de facto quarantine.

“When we flew into the nearest airbase, it was still about a three-hour bus ride to get up here,” Garrison said.

“Out in the middle of nowhere,” he said, “you can see where it would definitely help minimize contacts and keep the training audience safe.”