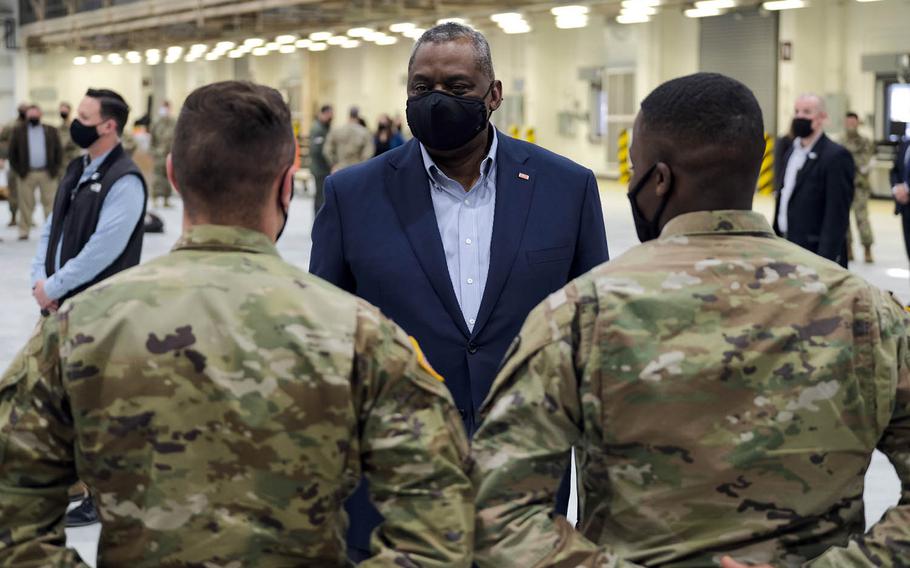 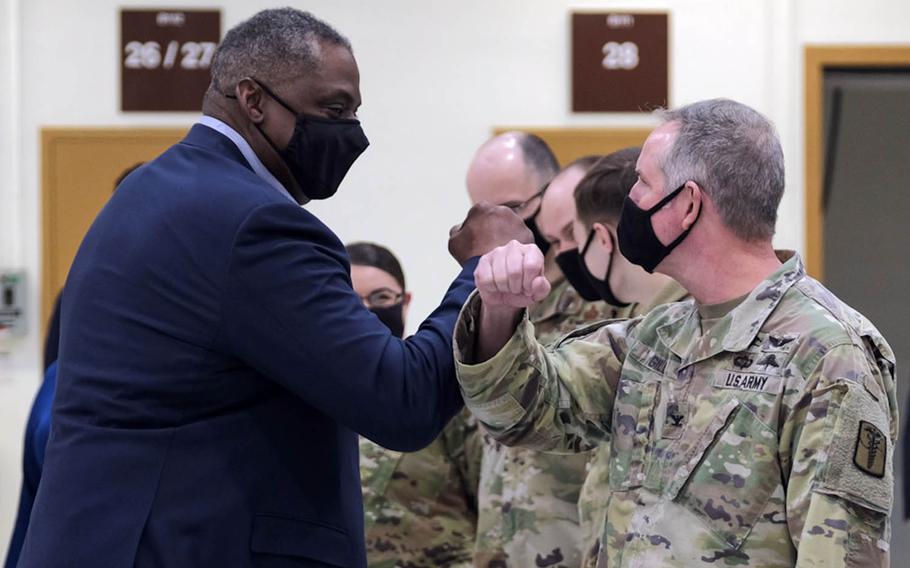 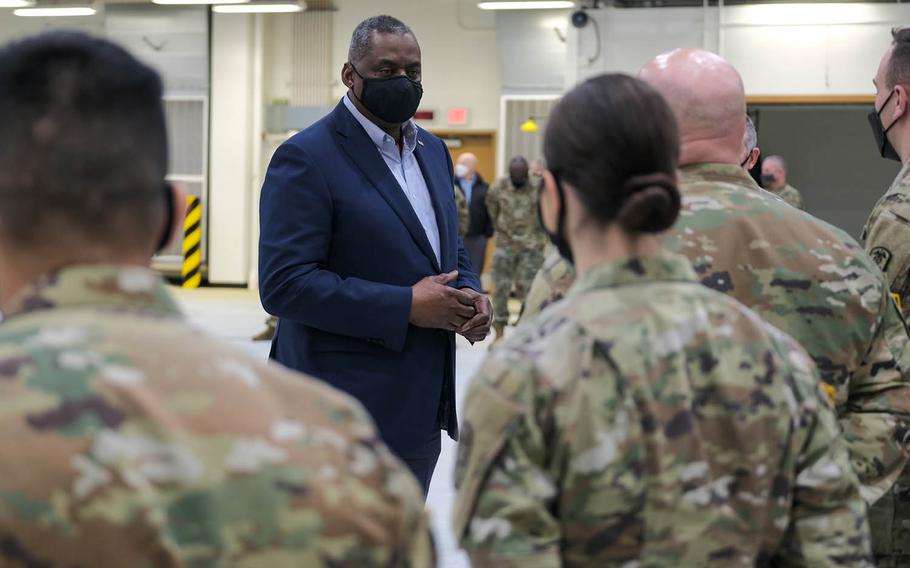 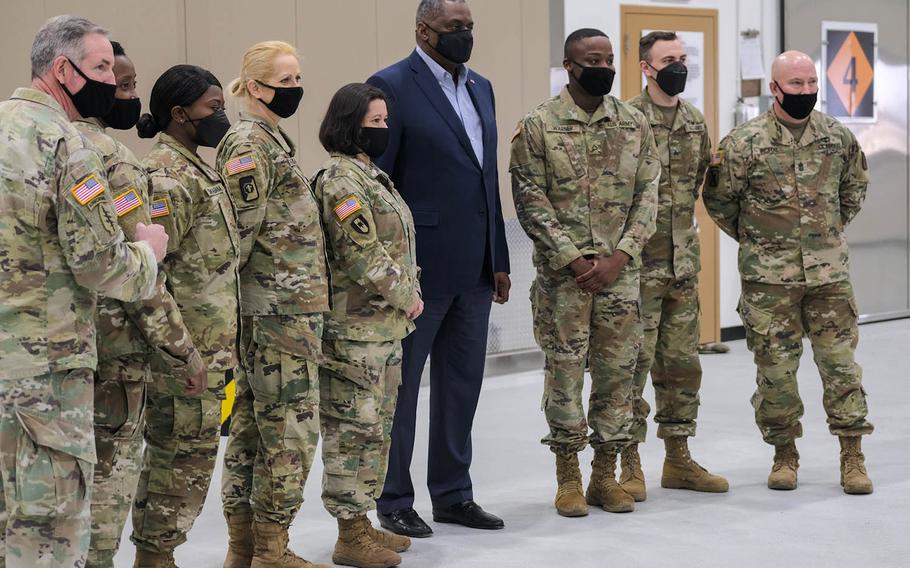 OSAN AIR BASE, South Korea – Vaccinations will make “quite a difference” by summer in the campaign against the coronavirus, Defense Secretary Lloyd Austin told U.S. troops Friday before leaving for India.

Austin met with about 45 soldiers and airmen at Osan, home of the 51st Fighter Wing south of Seoul, before taking off for the final stop on his first overseas trip as Pentagon chief.

He and Secretary of State Antony Blinken spent several days in the Far East meeting their counterparts in Japan and South Korea. Military threats posed by China and North Korea were the focus of discussions in both countries.

Blinken left Seoul for Anchorage, Alaska, for two days of talks with Chinese officials, including Chinese Communist Party foreign affairs chief Yang Jiechi. The two traded pointed remarks at a public session Thursday before retiring to private discussions, according to The Associated Press.

At Osan, Austin thanked service members for their efforts to contain the pandemic among the military community in South Korea through vaccinations, contact tracing, logistical support and other measures.

The defense secretary also talked up the vaccine, which the military cannot mandate troops to accept because the Food and Drug Administration has authorized it only for emergency use. The Defense Department, from the service chiefs of staff on down the chain of command, have pitched the three brands of vaccine available to troops and civilians as safe and effective.

"I want to push that vaccine and do everything in America that we can to help vaccinate the American people so that the pandemic ceases to be,” Austin said at Osan. “We got a little ways to go, but I think by this summer we can probably see quite a difference."

“He recognized the heavy pull everybody here in Korea is doing for COVID operations and shared his appreciation for it,” said Col. Christine Jones of the 7th Air Force surgeon general's office. COVID-19 is the respiratory disease caused by the coronavirus.

“He also acknowledged how many of us are working out of the box, outside our normal jobs, to help counteract the virus, so he was very appreciative,” she said.

“He said he's trying to put us out of business, meaning that he is trying to stop the COVID contact tracing, the hotline,” Warner said. “He is trying to make sure everything gets under wraps so that we no longer have to do those extra duties that we have been tasked to do during this time.”

Before leaving the peninsula, Austin tweeted video of himself fist bumping some of the service members.

“The last faces I’ll see on this trip to [South Korea] are those of the service members here at Osan AB,” he wrote in the tweet. “Thanks for everything you do, and thanks for keeping us and our [South Korean] allies safe.”

Austin began his trip with a visit to the Indo-Pacific Command in Hawaii and was scheduled to meet next with his Indian counterpart, Minister of Defense Rajnath Singh, and other senior national security leaders. They were expected to discuss deepening the U.S.-India defense partnership, according to the Pentagon.