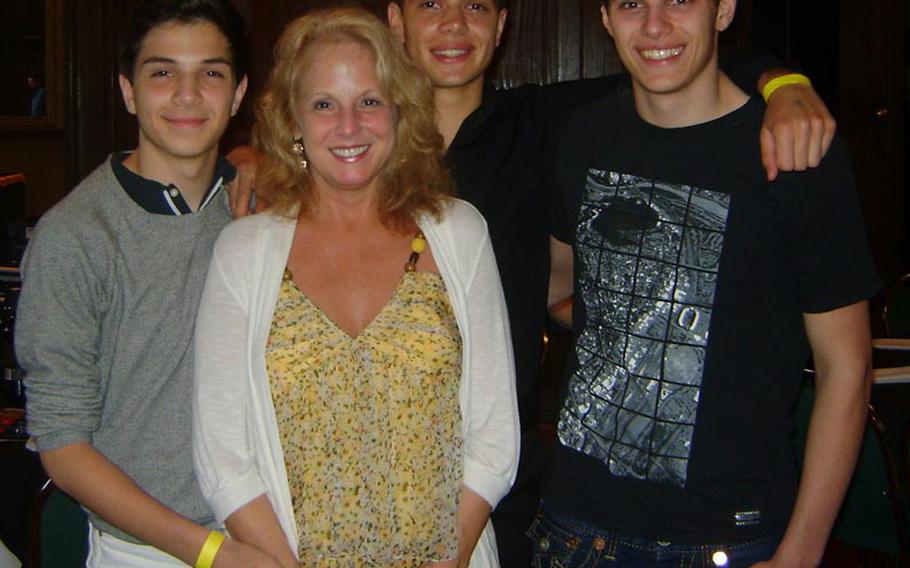 TOKYO, Japan &mdash; Victims of domestic violence in military communities stateside have many places they can turn to for help, from military advocates to off-base counselors.

Options are more limited for those living or working on overseas bases, but the Department of Defense hopes recent moves to team up with volunteer counselors outside the military will encourage more victims to seek help.

The Americans Overseas Domestic Violence Crisis Center, which has been promoting its services at overseas military bases since August, links a global network of volunteers who help American domestic abuse victims all over the world, according to the Office for Victims of Crime at the Department of Justice.

Joye Frost, acting director of the Office for Victims of Crime, which is providing $750,000 to fund the service over three years, said the crisis center offers free telephone counseling &mdash; at 866-USWOMEN &mdash; 24 hours a day, seven days a week in 190 countries.

&ldquo;Most of those countries have military members in them,&rdquo; Frost said.

The services offered by the DOD on overseas bases &ldquo;are similar to what victims here in the U.S. would receive,&rdquo; she said. &ldquo;The problem for military victims is the services are not always confidential.&rdquo;

Some people living in overseas military communities might be unwilling to talk to on-base officials for fear that commanders or military police could be informed, said Crisis Center director Paula Lucas.

&ldquo;We have trained our staff to understand the military protocol and military response to domestic violence,&rdquo; said Lucas, who began coordinating earlier this year with the DOD&rsquo;s Family Advocacy Program.

Janet Hinson, a military victim advocate working on a U.S. Army post in Grafenw&ouml;hr, Germany, said victims have the option of filing a &ldquo;restricted report&rdquo; that doesn&rsquo;t involve the military police or their spouse&rsquo;s chain of command.

A restricted report helps couples receive services such as counseling in an effort to avoid escalation to the point where it is necessary for the military police or commanders to get involved, Hinson said. A restricted report can only be filed with advocates such as herself, a behavioral health nurse or a doctor, she said.

&ldquo;A report becomes unrestricted if the person making it is a danger to him or herself or to others, or if a child has been hurt,&rdquo; she said.

When a soldier&rsquo;s chain of command finds out that he or she has been involved in a domestic incident it can affect their career.

One young Army spouse, who asked not to be named, said she was new to the military community when she started arguing with her husband, a junior officer, shortly before his unit deployed to Afghanistan in 2010.

&ldquo;I didn&rsquo;t know about the marriage counseling programs offered by the military and I tried to hide the problem from my friends, family and my husband&rsquo;s unit,&rdquo; she said.

Days before her husband was to have taken command, the couple got into an argument that turned physical. The spouse said she called military police, a decision she later regretted.

&ldquo;I didn&rsquo;t want my husband to go to jail,&rdquo; she said. &ldquo;I just wanted somebody to help us deal with our marriage problems.&rdquo;

When her husband&rsquo;s unit found out about the incident, his assumption of command was canceled. She&rsquo;s now worried the incident will follow him for his entire career.

&ldquo;Maybe they are afraid to talk to somebody on the base,&rdquo; she said &ldquo;She may be worried it is going to be officially reported.&rdquo;

The American Overseas Domestic Violence Crisis Center, which is completely confidential and outside the military system, can act as a go-between &mdash; advising spouses whether they should talk to a military advocate or go to the police, she said.

Domestic violence victims can chat with advocates online at her group&rsquo;s website or talk to them on the crisis line, she said.

&ldquo;We can do case management and safety planning and get [domestic violence victims] counseling and resources,&rdquo; she said. &ldquo;And then we say: &lsquo;What are the steps to make you safe?&rsquo;&thinsp;&rdquo;

&ldquo;You have more women meeting men online and moving overseas,&rdquo; Lucas said. &ldquo;There is more travel and study abroad. We are a global society and people travel all the time.&rdquo;

The Family Advocacy Program&rsquo;s military community and family policy director, David Lloyd, said in an email that the crisis center can fill other gaps in domestic abuse counseling services in overseas military communities.

&ldquo;In the U.S. military, personnel or their spouses or intimate partners who are victims can usually get assistance from civilian programs outside the installation,&rdquo; he said. &ldquo;That is not true in many nations where our military families live.&rdquo;

The crisis center can help many people working overseas in U.S. military communities, such as foreign nationals who are not eligible for Family Advocacy services, he said.

&ldquo;These people may not have any other resource in an abusive relationship,&rdquo; he said. &ldquo;The service is accessible to victims who may live off the military base, who may have language and communication barriers and/or limited financial resources to escape their situation.&rdquo;

Hinson said domestic violence is a problem in her community, which is home to two Army combat brigades &mdash; the 172nd Infantry Brigade and the 2nd Stryker Cavalry Regiment &mdash; that have seen extensive service in Iraq and Afghanistan in recent years.

Military spouses moving overseas for the first time often don&rsquo;t know about the services that are available to help them if they are victims of domestic violence, she said.

Many women arriving at overseas bases are untrusting coming into a new environment, she said.

&ldquo;They can be intimidated or overwhelmed and not feel comfortable with themselves,&rdquo; she said.

Hinson tells spouses that, if there is an issue with domestic violence, it is important to seek help early.