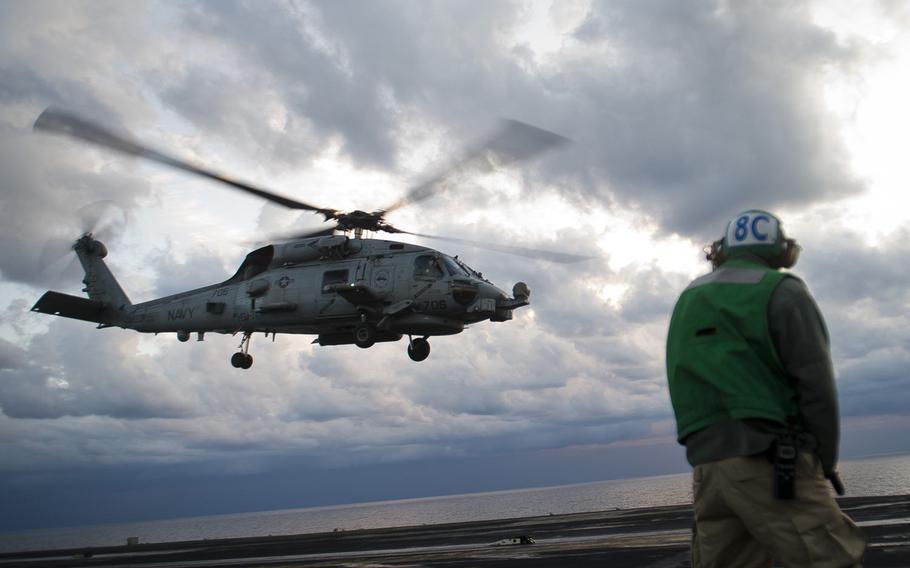 Buy Photo
An MH-60R Sea Hawk takes off from the USS Dwight D. Eisenhower on Thursday, Dec. 8, 2016. (Michael B. Keller/Stars and Stripes)

YOKOSUKA NAVAL BASE, Japan – A pilot and two crewmembers were rescued after a Navy helicopter crashed Thursday in waters off Guam.

The MH-60R Seahawk helicopter, assigned to Helicopter Maritime Strike Squadron 78, was conducting routine flight operations when it crashed due to unknown causes, according to a Navy statement Thursday.

Squadron 78 is embarked aboard the guided-missile destroyer USS Dewey, which departed San Diego for the Western Pacific on March 31.

The Navy is investigating the accident and a medical team aboard Dewey is assessing the crew, though none appeared to be injured, the statement said.