Coronavirus revival among US troops on Okinawa enters a fourth week 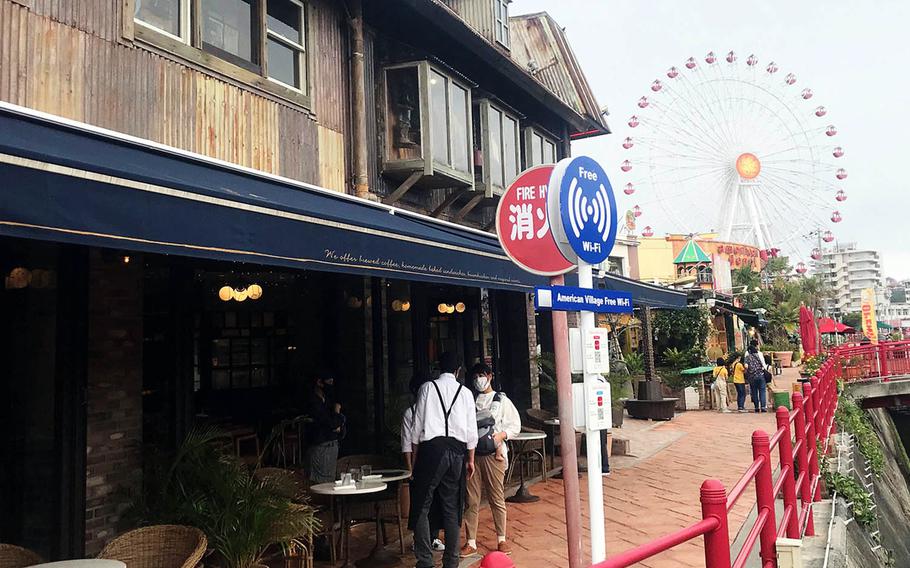 Buy Photo
American Village, a popular entertainment district on Okinawa, was quiet on March 30, 2021. An uptick in coronavirus cases has prompted base commanders to prohibit dining in restaurants off base. (Matthew M. Burke/Stars and Stripes)

A surge in new cases at bases on the island that prompted commanders to re-impose restrictions on off-base dining and other measures is nearly a month old. While a concern to military health authorities, the surge is creating only a fraction of the hundreds of new cases generated by outbreaks on Okinawa last summer.

The Marine Corps had 10 people test positive for COVID-19, the coronavirus respiratory disease, between Friday and Monday, according to a Facebook post by Marine Corps Installations Pacific. The command reported three new cases at Camp Foster, two each at Camps Hansen and Kinser and one each at Camps Schwab and Courtney and Marine Corps Air Station Futenma.

Kadena Air Base had six people test positive, according to a base Facebook post Friday evening. Four of those individuals had close contact with a previously infected person; the remaining two became ill with COVID-19 symptoms and isolated themselves. Air Force public health authorities have finished contact tracing and have quarantined an unspecified number of close contacts, the base said.

One of the new patients is a commissary employee who quarantined a week before testing positive, the base said.

Kadena reported on March 30 that another commissary employee had tested positive for the coronavirus. In that case, the base said the patient had no close contacts with service members, Defense Department civilian employees, contractors or family members.

Japan is experiencing a coronavirus resurgence, posting more than 2,000 cases each day between Thursday and Saturday, the latest numbers available from the World Health Organization.

In the Osaka, Miyagi and Hyogo prefectures, new “quasi-emergency” measure took effect Monday, including mask requirements and fines for restaurants that fail to adhere to shorter business hours, according to Kyodo News.

Osaka, also the second largest city in Japan, reported a one-day pandemic high of 666 people newly infected with the coronavirus Saturday, according to its COVID-19 data website. It reported 593 on Sunday.

Osaka is off-limits to anyone attached to U.S. Army Japan, Yokosuka Naval Base, Sasebo Naval Base, Marine Corps Air Station Iwakuni, Kadena Air Base and the Marines on Okinawa.

The seven-day moving average for the past week in Tokyo was higher by nearly 60 people on Monday than it was a week earlier, according to Tokyo Metropolitan Government data.