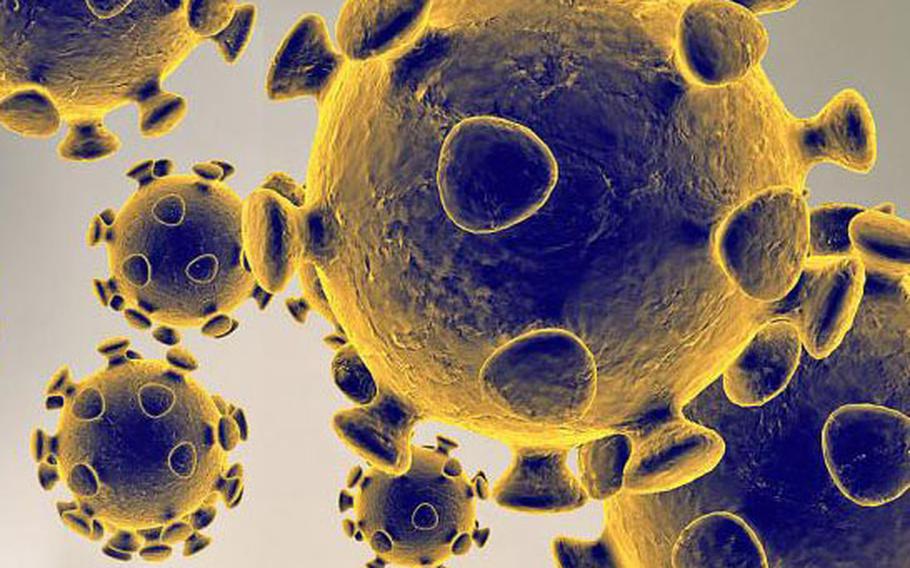 The U.S. government and international partners are working closely to monitor an outbreak caused by a new coronavirus, named 2019-nCoV, first identified in Wuhan City in China’s Hubei province. (FDA)

The Navy has ordered sailors on leave in China to return immediately and will isolate them for 14 days to protect the force from the novel coronavirus, which originated in the Chinese city of Wuhan and has caused hundreds of deaths and thousands of infections.

Pacific Fleet commander Adm. Chris Aquilino ordered the measures in a message to his commanders obtained Sunday by Stars and Stripes. It coincides with an Indo-Pacific Command statement that bans nonessential travel to mainland China and directs all Defense Department personnel there on temporary duty and in leave status to depart immediately. “As a service we inherently work in close quarters in our operational units, and our personnel are the primary resource for all our platforms,” he wrote. “If you have active duty personnel on leave in China, ensure they return as soon as possible. Any active duty personnel returning from China shall be kept separate from their unit for a period of 14 days, starting from day of departure from China.”

Aquilino also ordered screening of all personnel on leave to find out who might have been exposed to the virus.

“All Commands are directed to ensure members report any travel to China or personal contract with individuals who have traveled to China since [Dec. 31],” he ordered.

Sailors who live aboard ship or who live with others and desire to be kept apart from potential exposure, will be provided temporary lodging off ship, Aquilino wrote, noting there isn’t funding to support the cost to the command.

“Identified Sailors shall avoid public areas, gyms, and close contact with others during the 14-day observation period,” he wrote.

Sailors returning from China will be assessed within 24 hours and have daily checks for symptoms such as fever, sore throat, coughing or difficulty breathing, Aquilino wrote. Sailors who show any symptoms must notify their commands and report to their medical departments, according to the order.

“A plain surgical mask should be donned as soon as possible,” the message states.

Civilians and contractors on leave in China should comply with directions from civil authorities, including the State Department, Aquilino wrote. Civilian personnel returning from China shall be placed on administrative leave for 14 days, starting from day of departure from China.

Contractors returning from China should consult their employers for instructions on when they can go back to work for the Navy, Aquilino wrote. Returning contractors are effectively barred from Navy worksites for two weeks from the day they departed China.

Sailors may return to their units following the 14-day observation period after clearance from medical personnel, Aquilino wrote.

Civilian personnel who don’t develop symptoms in the 14 days following return from China may return to the workplace subject to guidance from civil authorities. Contractors should coordinate with their employers for instructions on returning to work, he added.

The U.S. military in South Korea on Sunday imposed a two-week self-quarantine for troops who recently visited China but said the overall risk of a new respiratory virus for American forces remained low.