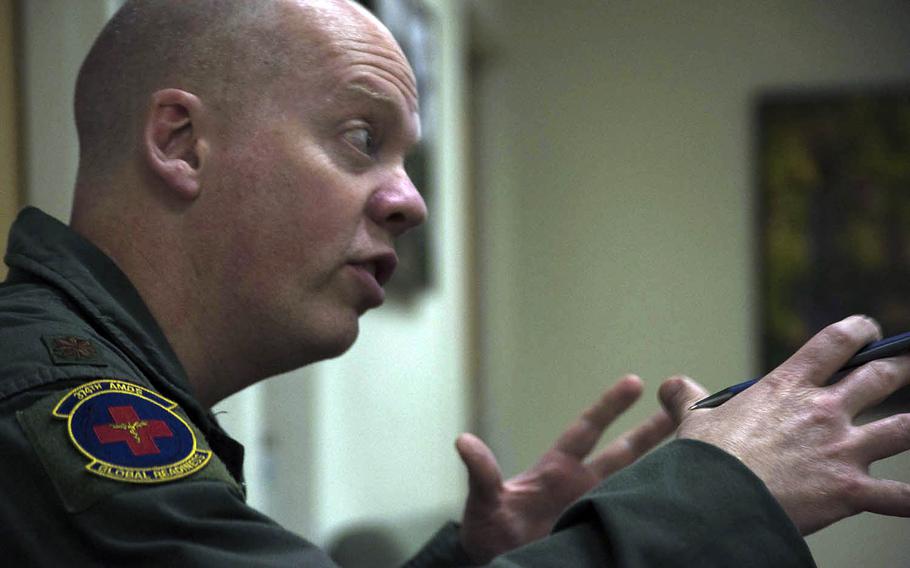 YOKOTA AIR BASE, Japan — The U.S. military has warned its personnel in Japan to watch out for symptoms of a deadly pneumonia-like virus after a man from Kanagawa prefecture, home to thousands of sailors and soldiers, contracted the disease in China this month.

Wuhan, a city of more than 11 million people in east-central China, planned to shutdown outbound flights and trains Thursday to contain the disease that has sickened hundreds and killed 17 in the country, The Associated Press reported Thursday.

The Air Force’s 374th Medical Group at Yokota posted an alert to social media the same day, stating that the World Health Organization had been informed of a cluster of cases of pneumonia of unknown cause detected in Wuhan.

“A novel (new) coronavirus (2019-nCoV) was identified as the causative virus by Chinese authorities on 7 January 2020,” the alert states.

The alert cited four cases reported outside of China, including patients in South Korea, home to 28,500 U.S. troops, and Japan, where another 50,000 service members are stationed, as well as thousands of civilian defense workers and family members.

“A local man from Kanagawa Prefecture developed a fever while visiting Wuhan, China, between January 3-6, 2020. The man was hospitalized upon return to Japan. He has since been released from the hospital,” the alert states.

Kanagawa prefecture is home to Yokosuka Naval Base, home of the 7th Fleet and the aircraft carrier USS Ronald Reagan. Other U.S. facilities in the prefecture include Naval Air Facility Atsugi and Camp Zama, home of U.S. Army Japan. Yokota, the home of U.S. Forces Japan, is close to the border of Kanagawa in western Tokyo.

The Department of Defense has not yet provided guidance to military personnel about the virus, U.S. Forces Japan spokesman Capt. Michael Hopkins said in an email Thursday.

The Centers for Disease Control and Prevention issued a level 2 travel alert, meaning people should take enhanced precautions, the medical group said in its warning.

The number of new cases has risen rapidly in China. Wuhan officials have confirmed 444 cases, bringing the national total to more than 500, AP reported.

The disease comes from a newly identified type of coronavirus, a family of viruses that can cause the common cold as well as more serious illnesses, such as the SARS outbreak that spread from China to more than a dozen countries in 2002-03 and killed about 800 people, AP reported.

“It seems like the initial cases were associated with a large seafood and animal products market in Wuhan,” Maj. Andrew Fisher, 47, a flight surgeon at Yokota and the base public health emergency officer, said Thursday. “It’s not uncommon for coronaviruses to spread from animal to human.”

Health officials are always concerned about the potential for an infectious disease to impact the military community, he said.

“Certainly, readiness is a concern, but we also care about our dependents and families,” Fisher said. “If our families are sick that also impacts our ability to do our jobs.”

There’s some evidence that the virus may spread from person to person, he added.

Prevention recommendations are provided in the alert. Anyone who has traveled to Wuhan and feels sick should stay home, except to seek medical care, and avoid contact with others.

Seek medical care immediately but call ahead before arriving at a doctor’s office or urgent care clinic and advise them of your symptoms and recent travel, the alert states.

Do not travel while you’re sick, the medical group advises. Cover your mouth and nose with a tissue or your sleeve — not your hands — when coughing or sneezing or wear a mask.

Wash your hands with soap and water for at least 20 seconds; use an alcohol-based hand sanitizer if soap and water are not available, the alert states.