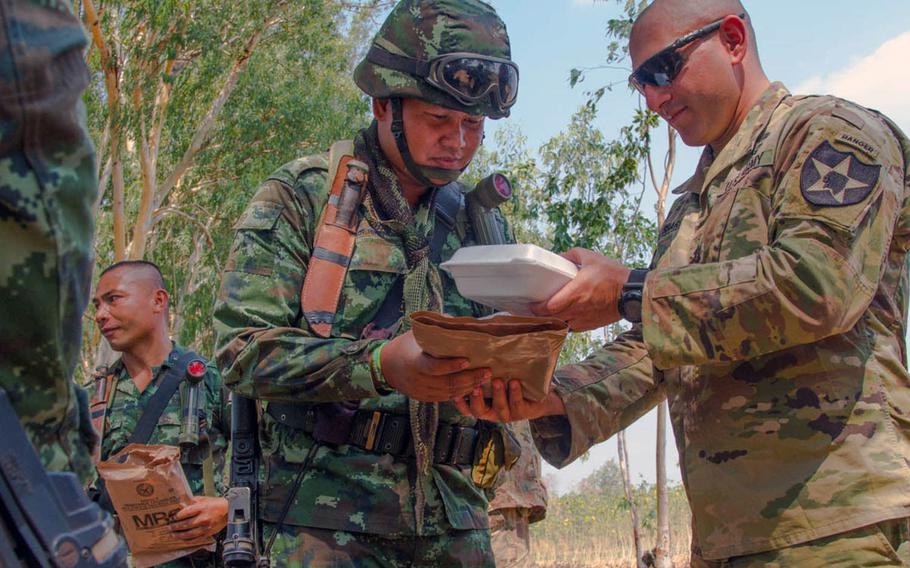 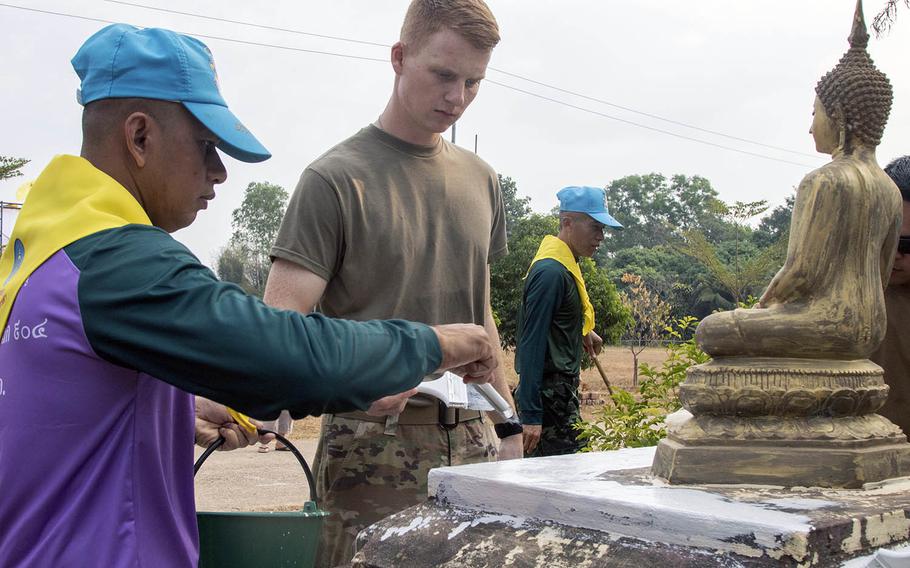 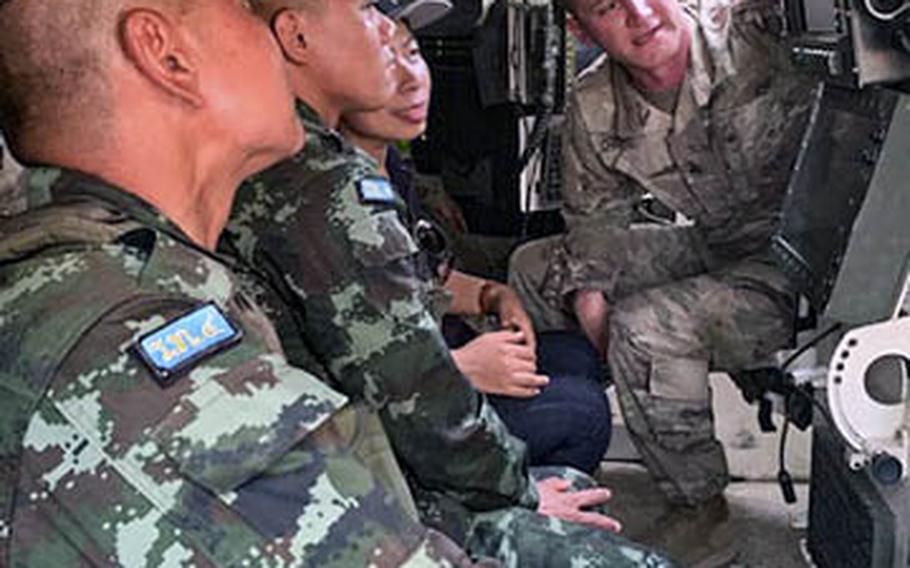 Next week, about 300 miles to the north, those same U.S. soldiers will again train beside their Thai counterparts for two weeks during Cobra Gold.

They’ll then head to a pair of back-to-back drills with troops in the Philippines, before returning home in early May.

This mode of consecutive stretches of training in a single country is the latest twist for Pacific Pathways, a concept launched in 2014. Pathways strings together already established Army exercises with allies and partner nations throughout the Pacific as a way of keeping U.S.-based troops and equipment deployed beyond the International Date Line for extended periods.

This year, soldiers will deploy to fewer countries but stay longer in each, according to U.S. Army Pacific. Two more iterations of Pathways are scheduled this year.

“One of the goals with Pathways is to build longer-duration relationships with our partners here in the Pacific,” said Lt. Col. Scott Siegfried, commander of 5th Battalion, 20th Infantry Regiment, speaking Tuesday from Thailand during a conference call with Stars and Stripes that included two other officers at Hanuman Guardian.

The extended duration “lets us get deeper into the planning process and really understand each other’s procedures and how we operate,” he said.

The Thai army had been especially eager for advice from U.S. experts on maintenance of Black Hawk helicopters, he said.

“They are very interested in the backbone support, not just the aircraft itself,” Bolton said.

The U.S. approved the sale of four more Black Hawks to Thailand in 2017, giving it a fleet of 16. The U.S. suspended arms sales to Thailand for several years after the 2014 military coup, which overthrew the elected leadership. The junta in control since then has scheduled elections for this year.

Hanuman Guardian is in its 9th year, a much younger and smaller affair than Cobra Gold, first held in 1982.

“It’s a great opportunity for us to build our own individual readiness and additionally to work with our Royal Thai Army counterparts to build capacity and forge strong relationships with them,” said Col. Leo Wyszynski, commander of 1-2 Stryker Brigade Combat Team, whose members are based at Joint Base Lewis-McChord, Wash.

About 900 Thai personnel participated in the exercise, with some rotating through only for specific drills, he said. They came from all over Thailand, from aviation, field artillery and infantry units, as well as an explosive ordnance disposal team.

U.S. soldiers trained with their counterparts for nine days on countering improvised explosive devices. The training focused on identifying and assessing IEDs in a jungle setting.

Conversely, soldiers with the Hawaii-based 303rd Ordnance Battalion shared tactics and lessons learned about IEDs from their deployments to Iraq and Afghanistan.

As in past Pacific Pathways, the logistics of moving from exercise to exercise affords as much learning as the drills themselves.

“The opportunity to exercise some of our deployment readiness in moving by sea and air from the United States into Thailand was a huge experience for our entire task force,” Siegfried said.

“We’ve had to deploy with our command post, our sustainment equipment, field-feeding equipment,” he said. “Really, our soldiers and formations are learning how to live in an expeditionary environment and how to sustain themselves with less higher-level support in an austere environment.

“This an added benefit to the readiness training we’re doing in our own path, but I think a benefit that will pay large dividends with our soldiers in the future,” he said.