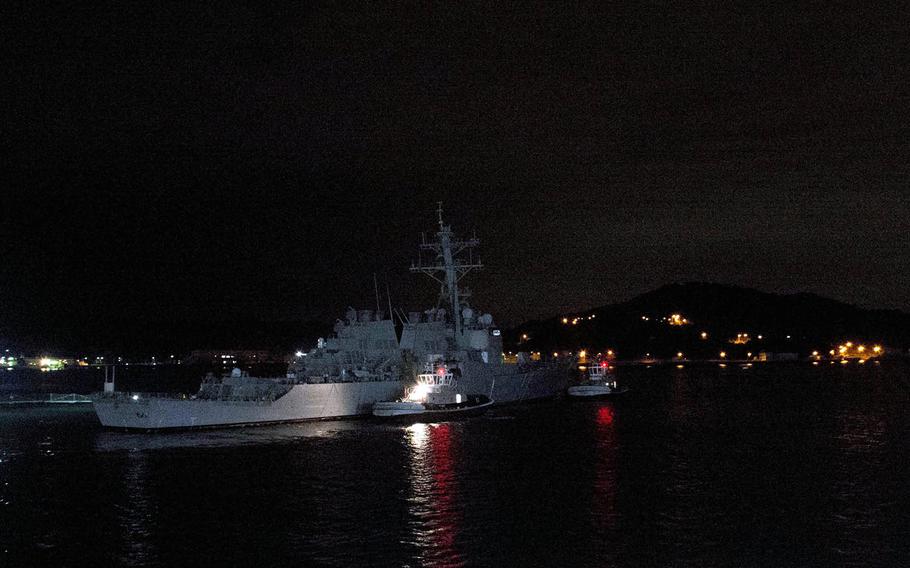 The USS Fitzgerald is towed from the pier at Yokosuka Naval Base, Japan, Friday, Nov. 24, 2017. (Peter Burghart/U.S. Navy photo)

The USS Fitzgerald is towed from the pier at Yokosuka Naval Base, Japan, Friday, Nov. 24, 2017. (Peter Burghart/U.S. Navy photo) 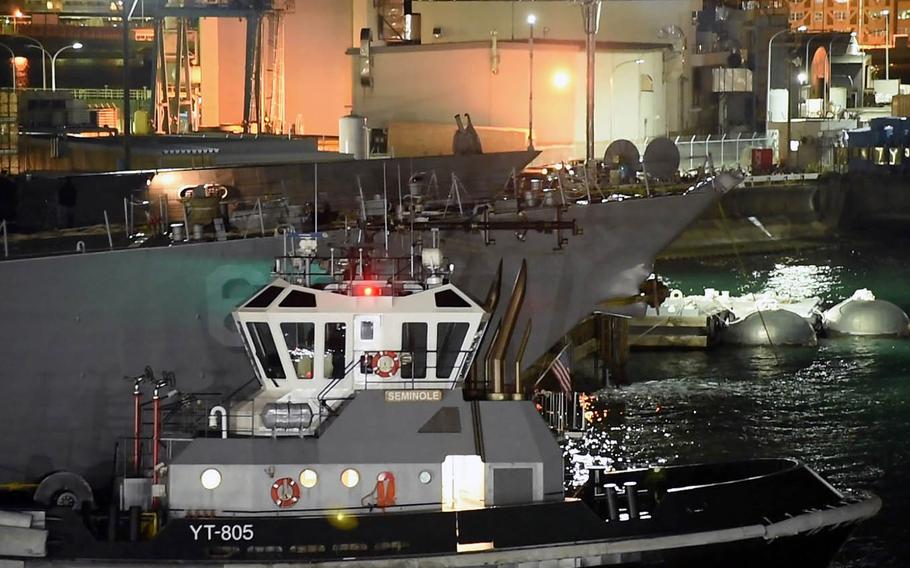 The USS Fitzgerald is towed from the pier at Yokosuka Naval Base, Japan, Friday, Nov. 24, 2017. (Benjamin Dobbs/U.S. Navy photo) 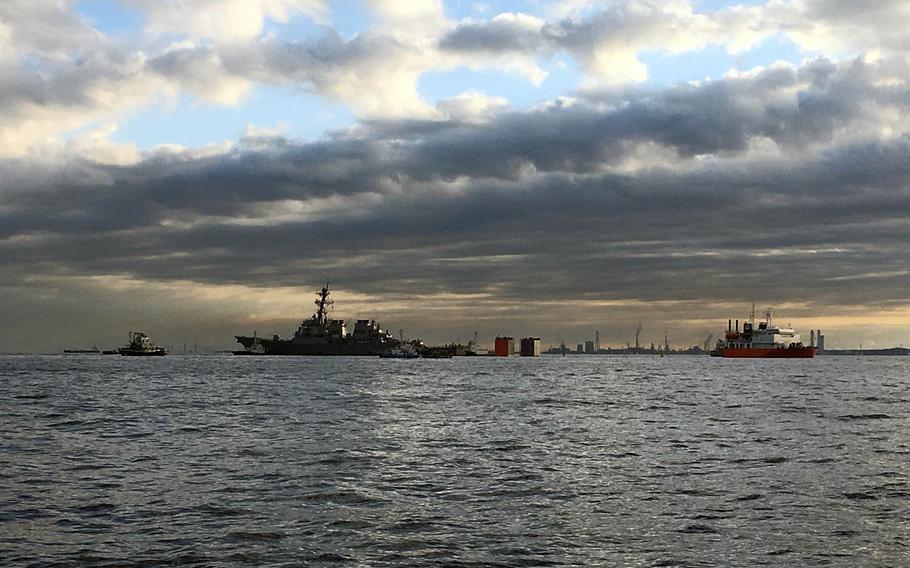 The USS Fitzgerald stands by to be loaded onto a heavy lift transport vessel, Friday, Nov. 24, 2017. (William McCann/U.S. Navy photo)

YOKOSUKA NAVAL BASE, Japan — The USS Fitzgerald has left its homeport in Japan for the United States, where it will receive repairs from a late spring collision that killed seven sailors.

The Yokosuka-based destroyer was towed into deep waters early Friday so it could link up with the heavy lift transport vessel Transshelf for the multiday loading process, a Navy statement said.

The Fitzgerald will be taken to Ingalls Shipbuilding in Pascagoula, Miss., for fixes and upgrades.

A deadly collision on June 17 between the Fitzgerald and a Philippine-flagged merchant ship killed seven sailors and injured three more. The Navy relieved the ship’s two senior officers and a senior enlisted sailor. A slew of officer and enlisted watch standers were also held accountable for the accident.

Only about 50 sailors from the Fitzgerald’s crew of about 300 will remain aboard the ship as it travels back to the U.S., 7th Fleet spokesman Cmdr. Clay Doss previously told Stars and Stripes.

“The majority of [Fitzgerald] sailors — but not all — will have opportunities to serve other commands in Japan based on available billets, individual crew desires and the needs of the Navy,” he said. “Some sailors do not desire reassignment in [Japan] and have asked for orders to other locations.”

Huntington Ingalls Industries was chosen to repair the Fitzgerald because the company would be able to restore the ship in the shortest amount of time, Naval Sea Systems Command said in a statement issued in August.

The project’s start date, scope, cost and timeline are still to be determined, it added.

The Fitzgerald incident was the first of two deadly accidents involving U.S. warships in the Pacific this year. Ten sailors were killed in August when the USS John. S. McCain — also homeported at Yokosuka — collided with an oil tanker east of Singapore.

The Navy has blamed the collisions on tired crews who hadn’t received the necessary training due to constant deployments.