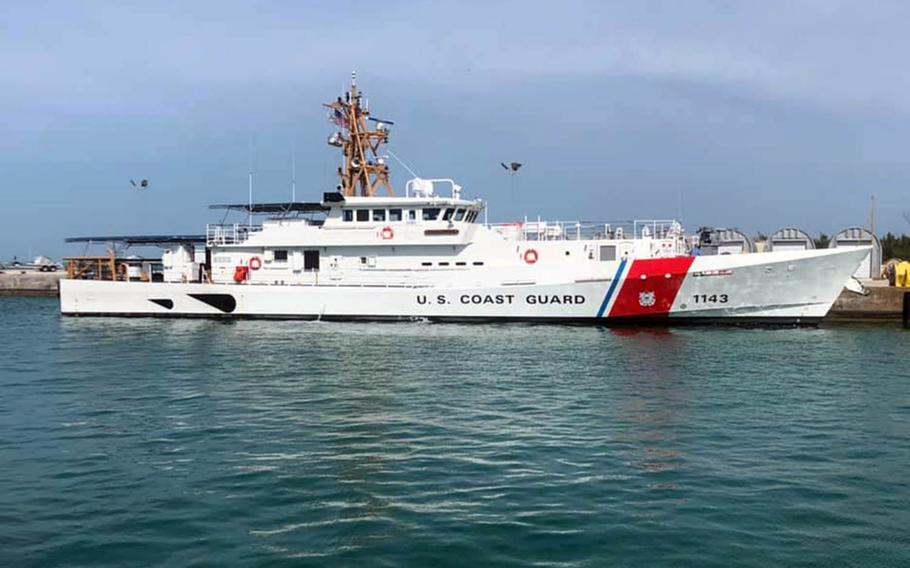 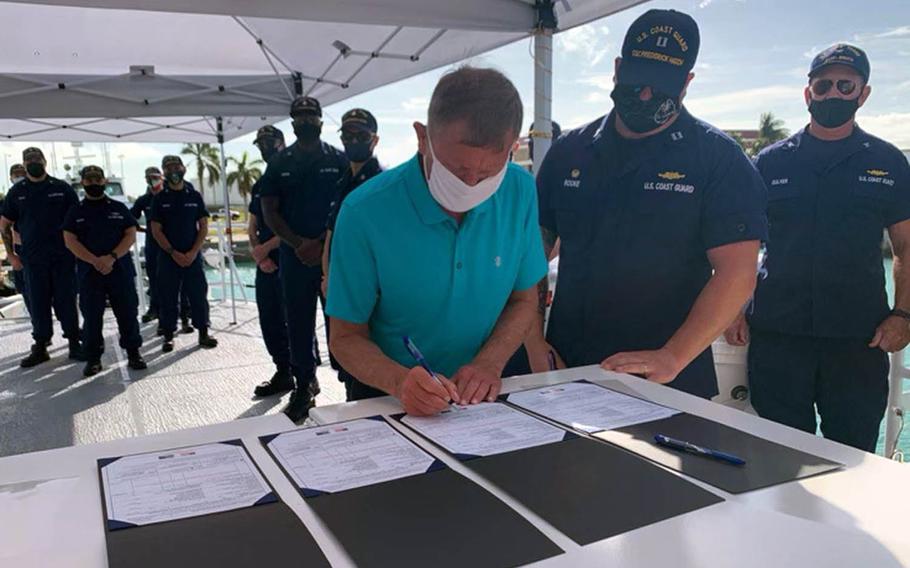 The Coast Guard in Key West, Fla., took delivery Thursday of its newest fast-response cutter, which is bound for Guam to counter an increasingly assertive China, according to a Coast Guard news release.

The 154-foot Sentinel-class cutter Frederick Hatch will be homeported in Guam this summer, joining its sister ships Myrtle Hazard and Oliver Henry, which arrived on the island in September and December, respectively.

The Coast Guard did not specify when the Frederick Hatch would arrive in Guam. Twenty-four crewmembers and about 100 dependents will move to the island with the ship, according to the release.

The three fast-response cutters are replacing older, 110-foot patrol boats previously stationed in Guam and “boast a wide array of improvements over [their] predecessors including advanced command, control, communications, computers, intelligence, surveillance and reconnaissance systems,” according to the statement.

Fast-response cutters are designed for missions beyond the Coast Guard’s traditional search-and-rescue work, such as homeland security and defense.

“The fast-response cutters in the Pacific are a game-changer for the Coast Guard,” Cmdr. Josh Empen, deputy commander of Coast Guard Sector Guam, said in the statement. “These cutters are conducting longer missions over greater distances than the older patrol boats they are replacing.”

The Frederick Hatch’s delivery by Bollinger Shipyards fulfills a promise in October 2019 by Coast Guard commandant Adm. Karl Schultz to homeport three new fast-response cutters in Guam “in the face of coercive and antagonistic behavior from China,” he said at the time.

The Hatch’s namesake received the Coast Guard’s Gold Lifesaving Medal in 1884 for rescuing a schooner’s crew during an October gale, according to the Coast Guard statement.

Hatch received another Gold Lifesaving Medal after rescuing those aboard a grounded schooner near the Cleveland Breakwater lighthouse in 1890.