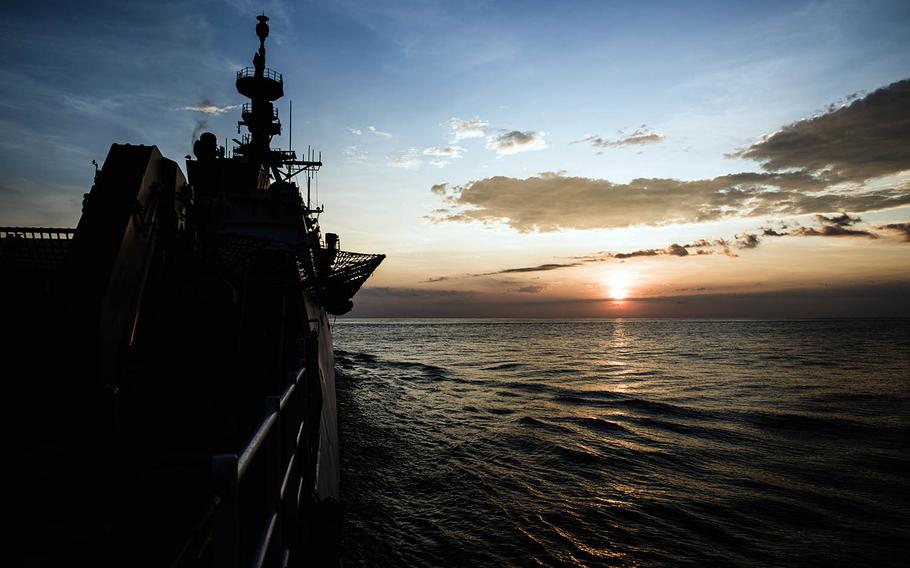 The cutters “will conduct maritime security missions, such as fisheries patrols, enhance maritime domain awareness and enforcement efforts” with U.S. partners in the Western Pacific “who have limited offshore surveillance and enforcement capacity,” he said in a statement.

“China’s illegal, unreported and unregulated fishing and harassment of vessels operating in the exclusive economic zones of other countries in the Indo-Pacific threatens our sovereignty, as well as the sovereignty of our Pacific neighbors and endangers regional stability,” he added.

O’Brien did not specify where the vessels would be based or when they are expected to arrive, but Guam is awaiting two additional cutters after last month receiving the first of three to be stationed there.

They replace the U.S. territory’s 110-foot Island-class patrol boats used by the Coast Guard for about three decades.

Fast-response cutters are designed for missions beyond the Coast Guard’s traditional search-and-rescue work, such as homeland security and defense.

The new Sentinel-class cutters are 154 feet long, with a top speed of more than 28 knots, or about 32 mph, and carry a 24-person crew. They have a range of 2,500 miles and are armed with four .50-caliber machine guns and a remote-controlled 25 mm cannon.

Approximately 12% of the global fish market comes from the South China Sea, but illegal, unreported and unregulated fishing is depleting supplies at an “unsustainable rate,” according to a June 2017 report by Marina Tsirbas of Australian National University’s National Security College.

China is the worst offender among 152 nations on the Illegal, Unreported and Unregulated Fishing Index developed by Poseidon Aquatic Resource Management Ltd., a U.K.-based consulting firm, and the Global Initiative Against Transnational Organized Crime.

The index scores countries on the degree to which they combat such fishing, with the least effective ranked highest.

Beijing uses illegal fishing to reinforce its claims to islands in the South and East China Seas, a contested area rich in natural resources and fishing grounds, according to the Defense Department’s 2020 report to Congress on Chinese military and security developments. China views most of the South China Sea as its territorial waters, a claim unrecognized by international law.

The DOD report said the Chinese maritime militia often uses fishing boats in the contested waters and provides Chinese fishermen “extensive subsidies to encourage frequent operations in the Spratly Islands,” an island chain over which it disputes sovereignty with Taiwan, Malaysia, the Philippines, Vietnam and Brunei.

O’Brien said the Coast Guard plays “a prominent role in protecting our vital national interests, and where appropriate, those of our partners in the region” as China grows its military and presence in the South China Sea.

“Enhancing the presence of the [Coast Guard] in the Indo-Pacific ensures the United States will remain the maritime partner of choice in the region,” he said in the statement.

Still, Asyura Salleh, Vasey Research Fellow at the Honolulu-based foreign policy think tank Pacific Forum, said that while the move should reassure regional partners, “the narrative needs to depart from the realpolitik idea of challenging another regional power.

“The focus should rather be on identifying resource and capability gaps in regional partners when crafting solutions that encourage more cooperation, and not competition, in tackling maritime crime,” she said.