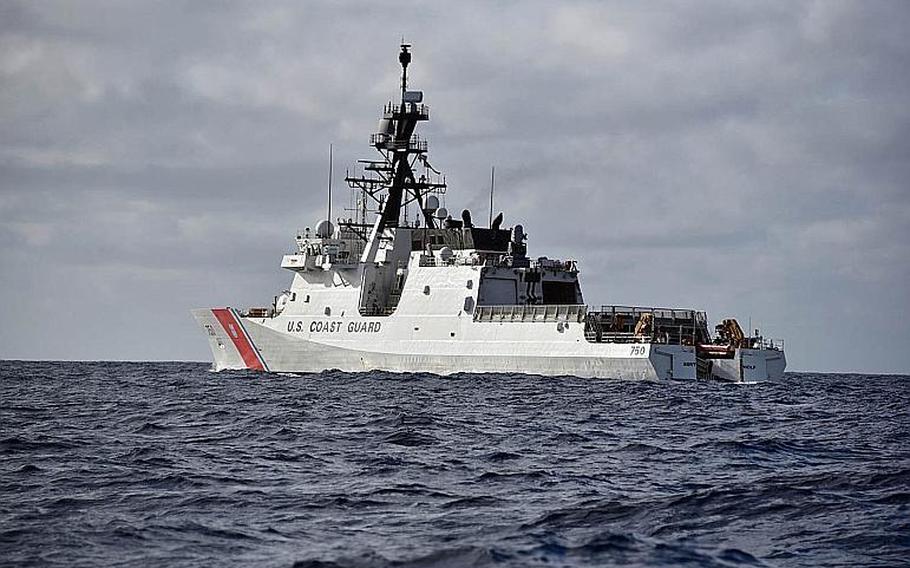 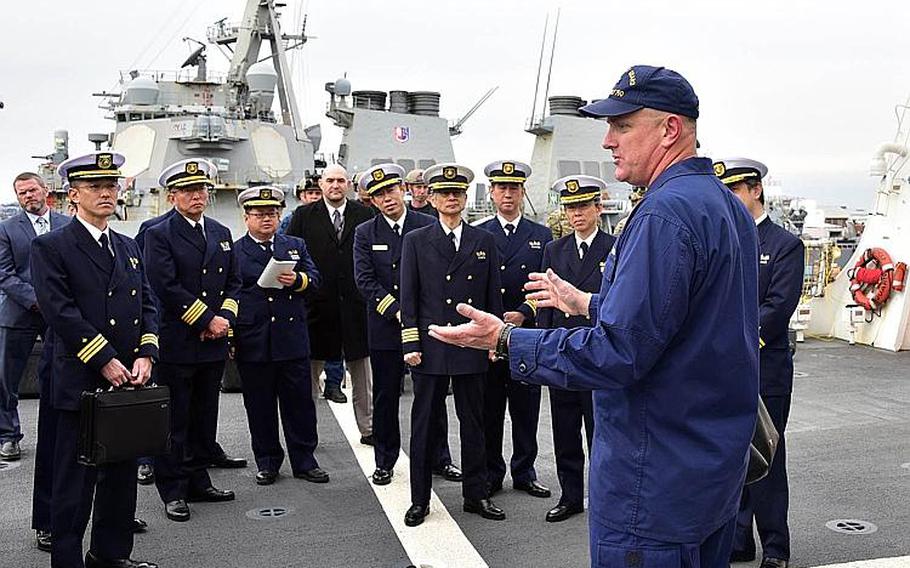 The cutter Bertholf arrived March 3 at Sasebo Naval Base, according to a statement issued Monday by U.S. Coast Guard Pacific Area.

The U.N. Security Council has imposed a number of economic sanctions on North Korea in response to its developing nuclear weapons and ballistic missiles.

The Coast Guard did not say whether the Bertholf had interrupted any illicit transfers.

The Bertholf, first of the Coast Guard’s new National Security cutters, left its homeport of Alameda, Calif., with its crew of 170 on Jan. 20 for deployment in the Western Pacific.

The cutter’s presence also reinforces the U.S. commitment to keeping the East China Sea open to navigation, according to the Coast Guard.

“The United States is a Pacific nation,” Vice Adm. Linda Fagan, commander of the Coast Guard Pacific Area, said in the statement. “We have deep and long-standing ties with our partners in the region, and more importantly, we share a strong commitment to a free and open Indo-Pacific, governed by a rules-based international system that promotes peace, security, prosperity and sovereignty of all nations.”

Prior to its patrol in the East China Sea, the Bertholf hosted Japan Coast Guard officers aboard the ship during a visit to Yokosuka.

“The U.S. Coast Guard is proud to operate with our Pacific counterparts,” Fagan said. “Together we are dedicated to enhancing our capabilities and strengthening maritime governance and security while promoting individual sovereignty.”

The Bertholf is operating under the tactical command of the 7th Fleet during its Pacific deployment.