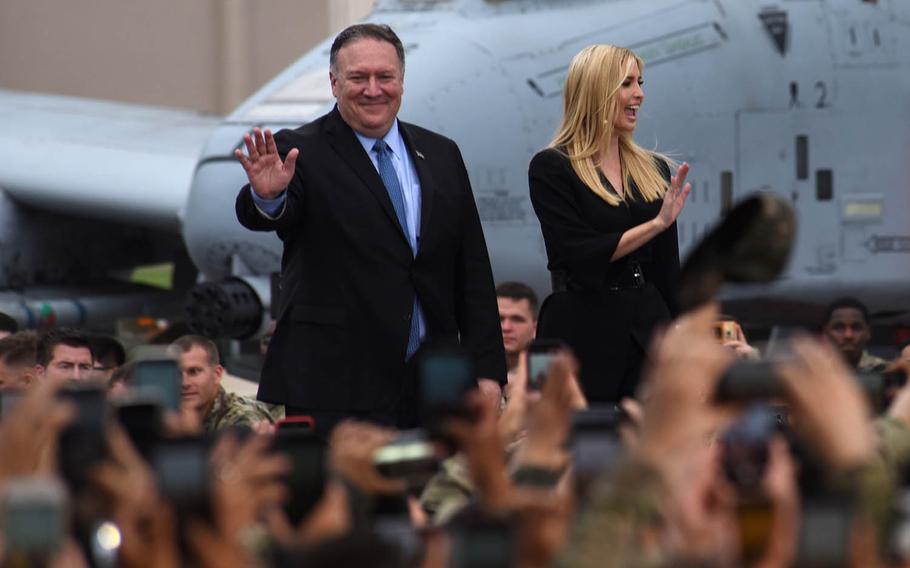 Mike Pompeo’s tenure as Secretary of State, now drawing to an end, was “poisonous” to U.S.-Sino relations, a Chinese Foreign Ministry spokesman said during a press conference Monday.

Zhao Lijian accused Pompeo of spreading a “political virus” and staging “a comeback of McCarthyism” during his nearly three years serving under President Donald Trump, according to a transcript of the briefing.

“During his tenure of office, Pompeo has dented U.S. image and reputation as well as its relations with other countries more than ever,” Zhao said. “He will be convicted by history.”

Pompeo took the position in April 2018 after previously serving as the Trump administration’s CIA director. As secretary, he maintained a hard stance against Beijing’s claims to the South China Sea and militarization of islands there. In July, Pompeo declared U.S. opposition to those claims its formal policy.

Zhao said Pompeo’s legacy is “a poisonous one,” and that Pompeo “masterminded” what Zhao deemed “lying diplomacy,” according to the transcript.

As tensions with China intensified during the Trump administration, the U.S. boosted relations with Taiwan, a hot-button issue for Beijing. China considers the self-governed island an “inalienable part of Chinese territory,” Zhao said, and has made reunification a national goal.

“The Taiwan question remains the most important and sensitive issue at the core of China-U.S. relations,” he said, according to the transcript.

The U.S. acknowledges that China claims Taiwan under its “One China” policy but views the island’s status as unsettled.

Pompeo on Saturday lifted longstanding restrictions on the U.S.-Taiwan relationship, allowing government officials to engage with Taiwanese leadership as they would with diplomats and officials of other nations.

“For several decades, the State Department has created complex internal restrictions to regulate our diplomats, service members and other officials’ interactions with their Taiwanese counterparts,” according to a statement by Pompeo on Saturday. “The United States government took these actions unilaterally in an attempt to appease the Communist regime in Beijing. No more.”

A day earlier, Pompeo tweeted that the Trump administration had “authorized more than $15 billion in arms sale to Taiwan” over the past three years, compared to the $14 billion in sales made over the eight-year Obama administration.

Zhao warned the U.S. would be “harshly punished by history” if the State Department does not “stop manipulating Taiwan-related issues, stop retrogressive acts and stop going further down the wrong and dangerous path,” according to the transcript.

With President-elect Joe Biden’s administration taking over next week, Zhao said China urges “the U.S. side to abide by the one-China principle and the three China-U.S. joint communiqués, stop official exchanges and military ties with Taiwan and properly handle Taiwan-related issues,” according to the transcript.

An unnamed Biden transition official said the incoming president will “continue to support a peaceful resolution of cross-strait issues consistent with the wishes and best interests of the people of Taiwan, according to a Sunday report by Financial Times.