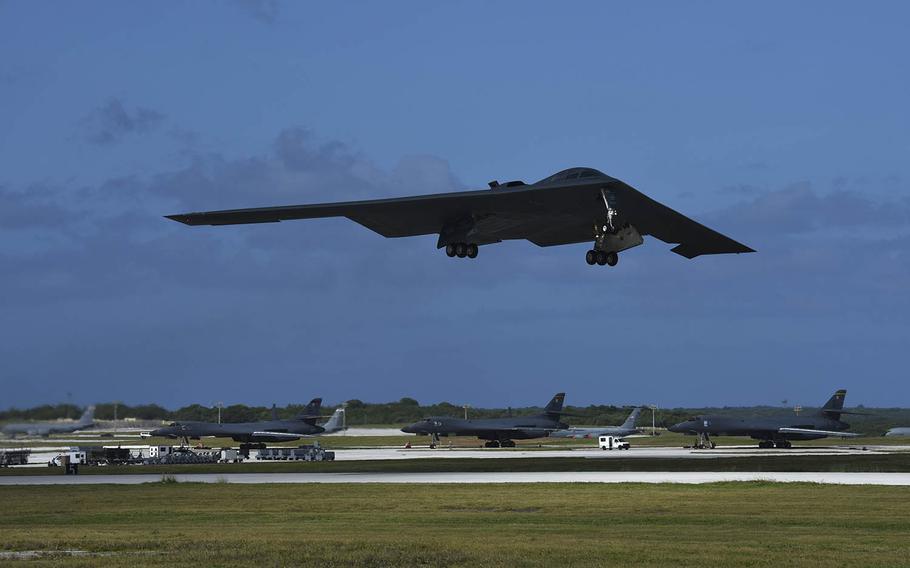 For almost two decades, China has been designing and building its answer to America’s B-2 long-range stealth bomber, and Chinese state media have recently hinted that the Hong-20 will soon undergo trial flights.

Although little is known about its specifications, some Western defense analysts suggest the introduction of this new generation of stealth bomber could usher in a sea change for U.S. military operations in the Pacific region.

“I think it’s indicative of their larger strategy and their desire to continue to develop capabilities that could significantly impact how we conduct operations if need be in the Pacific region and eventually in other regions as well,” said Mark Gunzinger, a senior fellow at the Center for Strategic and Budgetary Assessments, a Washington-based think tank.

Douglas Barrie, a senior fellow for military aerospace at the London-based think tank International Institute for Strategic Studies, said people are paying a lot of attention to this because the Hong-20 is part of a far broader modernization and capability-enhancement program being seen across the board in China.

“In terms of air-power projection, it just makes your defensive picture that much more demanding,” he said.

A stealthy, long-range bomber would significantly increase China’s ability to deny intervention by U.S. forces as far out as Guam and Japan, Davis said.

A documentary broadcast in August by the state-run China Central Television said “the development of new long-distance strategic bomber, Hong-20, has made great progress.” It was the first time the name of the bomber officially appeared in state media.

Some aviation observers had speculated that China would unveil the Hong-20 at this month’s International Aviation and Aerospace Exhibition in China’s southern city of Zhuhai, but the bomber was a no-show.

Some China state media reports have suggested that the bomber will make its first appearance next year during a parade celebrating the 70th anniversary of the People’s Liberation Army Air Force.

The Hong-20 is meant to replace the 1950s-era H-6 bomber, a Soviet Union-designed aircraft that has received numerous updates in the decades since then and is now called the H-6K, Barrie said.

“It’s pretty long in the tooth,” he said. “The H-6K is many things, but it’s not stealthy by any stretch of the imagination. You can see it coming from a long way off.”

Information about the Hong-20 is mostly guesswork at this point, he said.

The Pentagon’s 2018 annual assessment of China’s military developments provided scant detail about the Hong-20, saying only that it would likely debut in the next decade, possess a flying-wing design, have a range of roughly 5,000 miles, carry a payload of at least 10 metric tons and employ both conventional and nuclear weapons.

It would basically be a clone of the U.S. B-2 bomber, which the Air Force intends to begin phasing out in the 2020s with the next-generation B-21 Raider.

“If someone had said 15, 20 years ago that the Chinese were going to be able to develop this, I’d have been very skeptical of it,” Barrie said. “But given the progress the Chinese have made in the defense aerospace sector over the past two decades, I think it’s now a credible claim. If somebody said the Chinese were going to roll out this kind of design in the next couple years and have it in service sometime before 2030, that would all be perfectly plausible.”

Barrie said China observers at the International Institute for Strategic Studies agree that the Chinese air force does not now have a nuclear role – a function that could be provided by a long-range bomber like the Hong-20.

“That’s partly colored by some of the statements we’ve seen recently where senior Chinese air force officials talk about their desire to have a strategic [nuclear] capability,” he said.