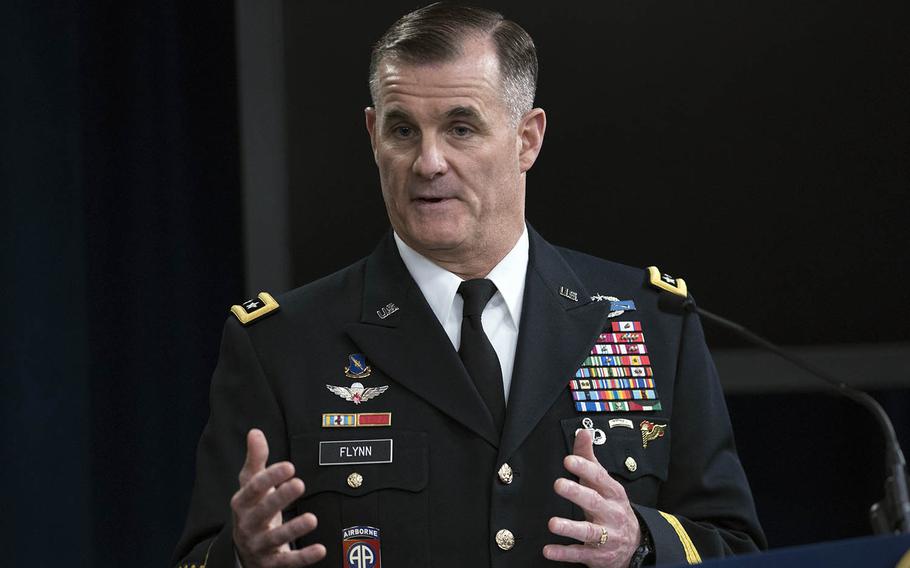 Flynn, who will be promoted to a four-star general if confirmed by the Senate, is stationed in Washington, D.C., and serves as deputy chief of staff in the Army’s G-3/5/7 section. It plans and coordinates mobilization of the Reserve component in the continental United States.

He is the younger brother of Michael Flynn, who briefly served as national security adviser in 2017. The elder Flynn pleaded guilty to a felony count of “willfully and knowingly” making false statements to the FBI during its investigation looking into ties between Russia and Donald Trump’s 2016 presidential campaign. Trump pardoned him in November.

Charles Flynn has faced scrutiny in recent days over the sluggish deployment of National Guard troops to the U.S. Capitol as insurrectionists broke into the building on Jan. 6.

Officials with D.C.’s city government and the Capitol Police have alleged that the Pentagon was slow in responding to a request for assistance from the National Guard in quelling the riot.

The Army has acknowledged that Charles Flynn was in the room for a key call from the local officials making that request, but the service did so only after it had "falsely denied for days” he did not attend, according to The Washington Post.

Flynn is a graduate of the U.S. Naval War College, where he earned a master’s degree in national security and strategic studies, according to his official bio.

He has command experience from a platoon to a division and served in both Iraq and Afghanistan.

In recent years, he commanded the 25th Infantry Division in Hawaii, after which he became deputy command general of U.S. Army Pacific Command.