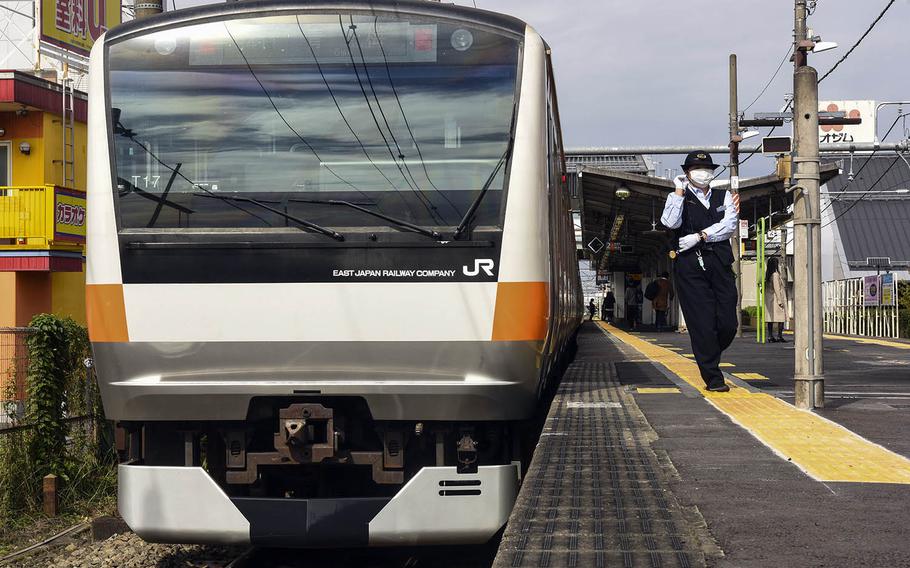 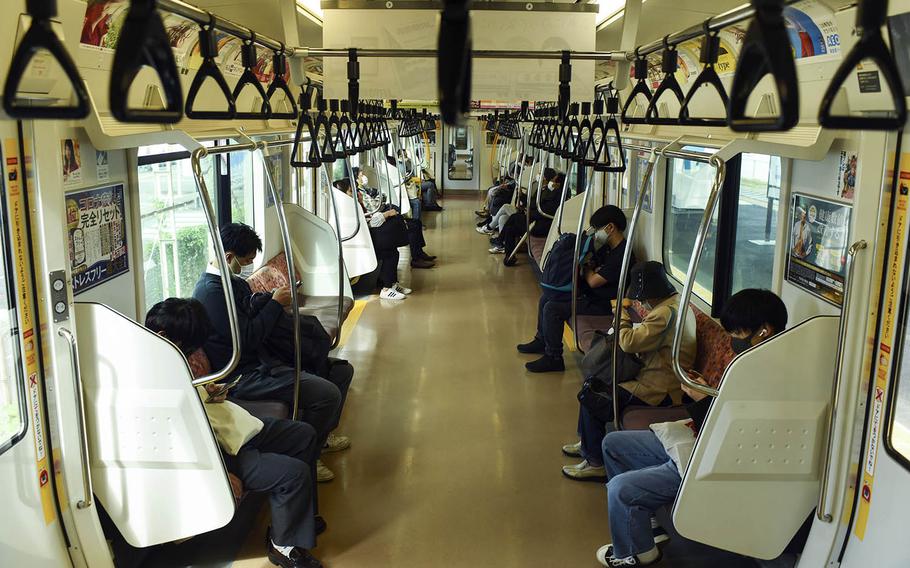 TOKYO — Service members wanting to catch the last train to Fussa, near the home of U.S. Forces Japan in western Tokyo, will have to depart a bit earlier starting in spring.

Seventeen lines will stop operating each day as much as nearly 40 minutes earlier to allow more time for repairs and maintenance, according to a new release Wednesday from East Japan Railway Co., also known as JR East.

Fewer riders on late-night trains because of the coronavirus pandemic also contributed to the schedule change, according to a Kyodo News report.

The final schedule, detailed timetable and starting date will be announced in December, JR East said.

The Ome and Takasaki lines will be most affected; their last trains will depart 37 minutes earlier than now, according to the JR East news release.

The rail lines are a staple form of travel in and around Tokyo for all U.S. personnel, and some bases are close to stops on JR East rail lines. The Ome line, for example, stops at Fussa city, near Yokota Air Base, and Yokosuka Naval Base is close to Yokosuka Station on Yokosuka line.

Changes to schedules will vary, according to JR East. The last train bound for Mitake or Okutama on the Ome line will depart 37 minutes earlier, for example.

However, the last train from Tachikawa to Haijima will leave 22 minutes earlier at 12:21 a.m., rather than the current 12:43 a.m. departure time, according to the release.

Shinkansen, or bullet trains, and limited express services won’t be affected, the release said. Travelers will be able to make connections to local lines at shinkansen stations such as Tokyo, Shinagawa and Shin-Yokohama.

However, the schedule change means some connections will be out of reach for some late-night travelers, according to the railway. For example, travelers arriving on the bullet train at 11:38 p.m. at Shinagawa will miss the last train to stations on the Ome line between Nishi-Tachikawa and Ome.

The commuter rail network last trimmed its schedule for so many trains in the Tokyo metropolitan area 33 years ago, the Asahi newspaper reported Thursday.