Tyler Wechsler, who was stationed at Marine Corps Base Hawaii, went missing on April 9, 2017. Wechsler’s family set up a GoFundMe page in their search for him. (www.gofundme.com/helpbringtylerhome)

Tyler Wechsler, who was stationed at Marine Corps Base Hawaii, went missing on April 9, 2017. Wechsler’s family set up a GoFundMe page in their search for him. (www.gofundme.com/helpbringtylerhome) 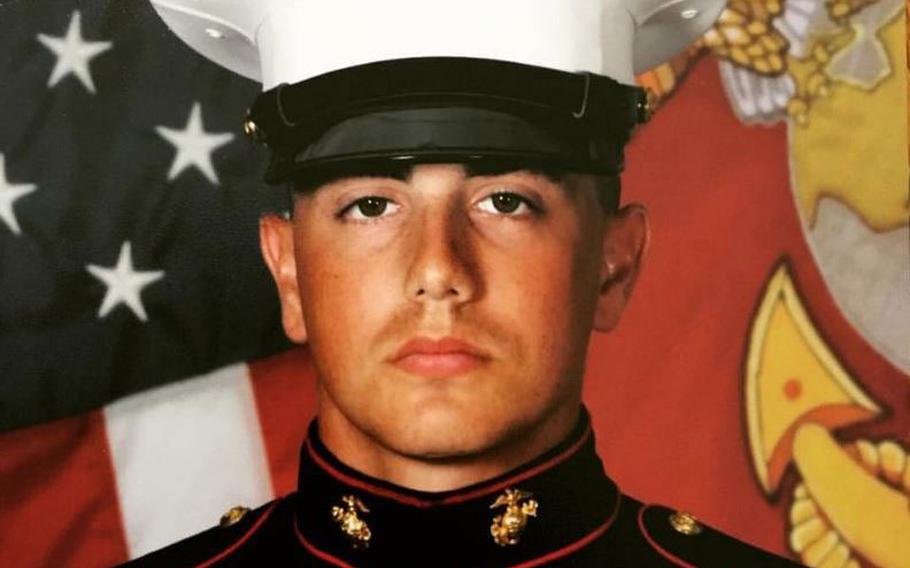 Tyler Wechsler was stationed at Marine Corps Base Hawaii. (www.gofundme.com/helpbringtylerhome)

JOINT BASE PEARL HARBOR-HICKAM, Hawaii — The body of a 21-year-old Marine who went missing earlier this month in Hawaii was found Tuesday near a rugged hiking trail on Oahu.

His Jeep Liberty was found nearby, said Sgt. Kim Buffett, a coordinator with Honolulu Crime Stoppers, which spearheaded the search.

An item belonging to Wechsler, who had last been seen on the afternoon of April 9 in Waikiki Beach, was found near his body and led to his discovery, Buffett said.

The Honolulu Medical Examiner’s Office is investigating the cause of death. Foul play is not suspected at this time.

“Private First Class Wechsler was a valued member of our squadron, and his loss is deeply felt,” Lt. Col. Frank Makoski, HMLA-367 commander, said in a III Marine Expeditionary Force statement. “Our hearts are with his family and friends.”

Wechsler, a native of Egg Harbor Township, N.J., joined the Marines last year and trained as an airframes mechanic, the statement said. His awards include the National Defense Service Medal.

He graduated from high school in 2013 and was part of the Cape Atlantic League championship lacrosse team in 2012, according to the Press of Atlantic City.

Wechsler’s family set up a GoFundMe page in their search for him. His father had traveled to Hawaii to help search, the page said.

Kaau Crater Loop Trail is not maintained by a municipality, and hikers are routinely hurt.

In 2013, three people were injured, one fatally, in three separate falls within a matter of weeks. Last year, a University of Hawaii student was badly injured in a 50-foot fall.