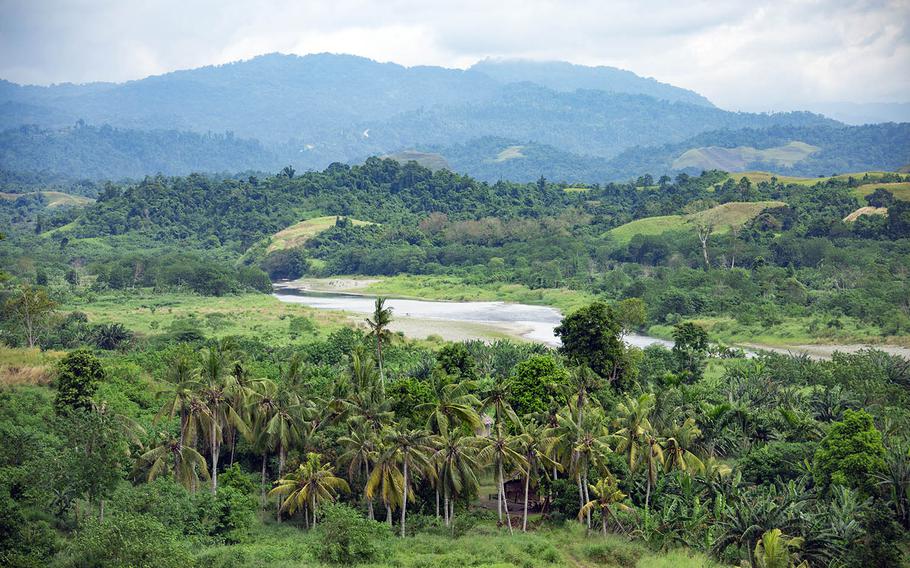 A view from Edson Ridge, Solomon Islands, on the 75th anniversary of the Battle of Guadalcanal, in August 2017. (Samantha Braun/U.S. Marine Corps)

Two explosives experts were killed Sunday in a blast in the Solomon Islands while surveying munitions left over from World War II, according to police and the aid group they worked for.

The men, one British and one Australian, worked for Norwegian People’s Aid and died when an explosion ripped their home and office in the Tasahe residential area of West Honiara on Guadalcanal, according to a statement Monday from the Royal Solomon Islands Police Force.

The two were working on a “non-technical survey of explosive remnants” of the war, according to the police statement.

“We do not know what exactly happened that led to the bomb blast,” but a preliminary investigation indicates the pair had several pieces of unexploded ordnance, or UXO, at their home “and they may have been conducting some UXO work,” said police Inspector Clifford Tunuki, who is overseeing the investigation, in the statement.

Killed were Luke Atkinson, a New Zealander with British and Irish citizenship, and Trent Lee, an Australian, the aid group said in a statement Sunday.

“Our primary focus for the time being is taking good care of the next of kin of our two deceased colleagues as well as our 19 program staff in the Solomon Islands,” said Per Håkon Breivik, the Norwegian People’s Aid director for mine action and disarmament, in the statement.

Tunuki said the police had “a good working relationship with the NPA project and so we are concerned that they decided to conduct UXO operations within a residential area,” according to the police statement.

Police removed other unexploded ordnance discovered at the property, he said.

Norwegian People’s Aid, a nongovernmental organization that has been working in the Solomons since 2019, has suspended its operation, according to the statement.

The group has been helping island authorities create a database of known and suspected unexploded ordnance.

Guadalcanal, the Solomons’ main island, was the site of the first major U.S. ground offensive against the Japanese empire.

Between Aug 7, 1942, and Feb 9, 1943, air, land and sea battles there claimed the lives of about 30,000 Japanese and 7,000 U.S. and Allied troops along with two U.S. aircraft carriers, numerous other ships and hundreds of aircraft before Japanese forces evacuated.

“Our objective in this program is to contribute to a safer Solomon Islands free from explosive remnants from the Second World War,” Breivik said in the statement.

This year the group has found and reported 500 items of unexploded ordnance on Guadalcanal, according to the statement.

Solomon Islands police explosive ordnance teams are the only entity authorized to render safe, move and dispose of unexploded ordnance found in the country, the group said.