As more US bases in Japan relax coronavirus restrictions, others are experiencing their first cases 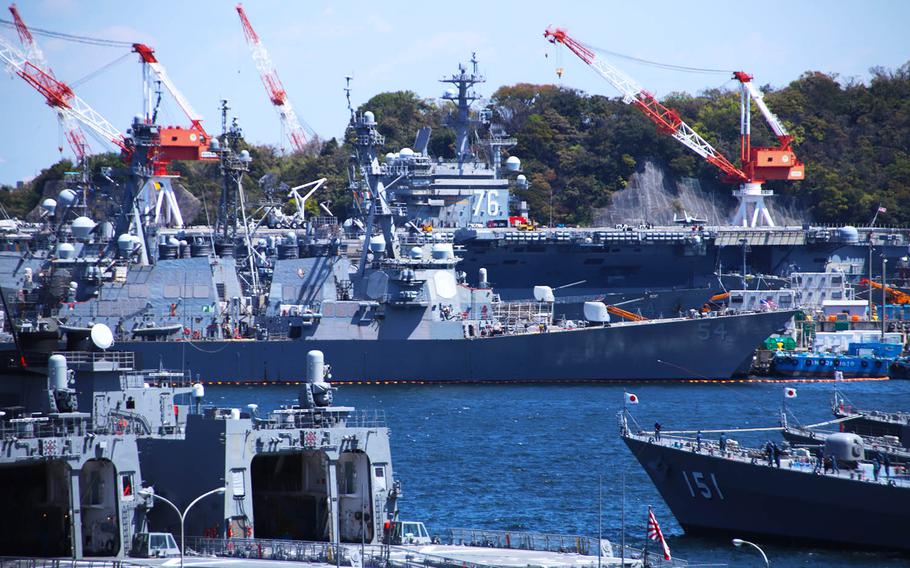 YOKOSUKA NAVAL BASE, Japan — Some U.S. military bases in Japan further eased anti-coronavirus restrictions on Friday, while others continued to deal with the pandemic.

At Yokosuka, south of Tokyo, and at Marine Corps Air Station Iwakuni, in western Japan, service members, civilians, contractors and their families may now dine inside off-base restaurants and use off-base barbers and hair salons, according to policies updated Friday. Bars remain off-limits.

Some installations also eased their travel restrictions. Yokosuka now allows its residents to go anywhere within Kanagawa prefecture except Kawasaki and Yokohama; Tokyo is also out of bounds.

Iwakuni expanded its boundaries to include Shimane, Hiroshima and Yamaguchi prefectures, except Shimonoseki.

Personnel from Naval Air Facility Atsugi may now travel throughout the Kanagawa prefecture, except Yokohama, but off-base dining remains prohibited.

U.S. bases began lifting restrictions after U.S. Forces Japan softened its health protection condition from “substantial” to “moderate” on June 12. They had been under heightened restrictions and shelter-in-place orders since March.

Yokota Air Base in western Tokyo and Misawa Air Base in northern Japan recently reported new coronavirus cases among individuals who came to those installations from elsewhere.

On Saturday, Misawa announced that two people tested positive after landing there on a U.S. government-chartered flight on June 15. Days earlier, officials confirmed that an undisclosed number of members of a transient aircrew, who also arrived on June 15, were infected, prompting the base to issue a 24-hour shelter-in-place order restricting everyone to their homes if not working a mission-essential job.

That order was lifted Thursday, but only for on-base activity. Officials will assess whether off-base liberty may be allowed again before the extended Fourth of July weekend, Misawa officials said.

Also on June 15, a “member of the Yokota community” tested positive after returning to Japan from the United States, the 374th Airlift Wing announced.

More information on the updates to restrictions was available on installation Facebook pages Friday.