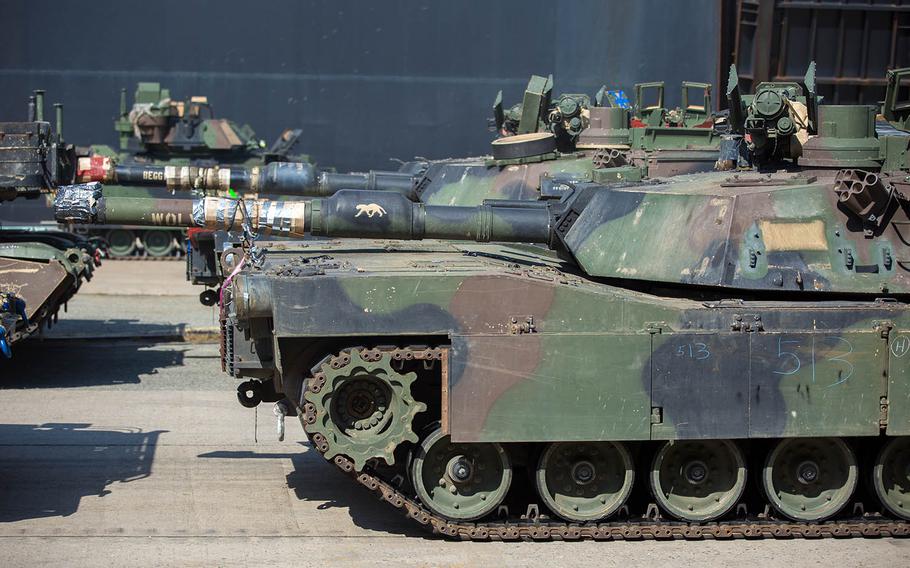 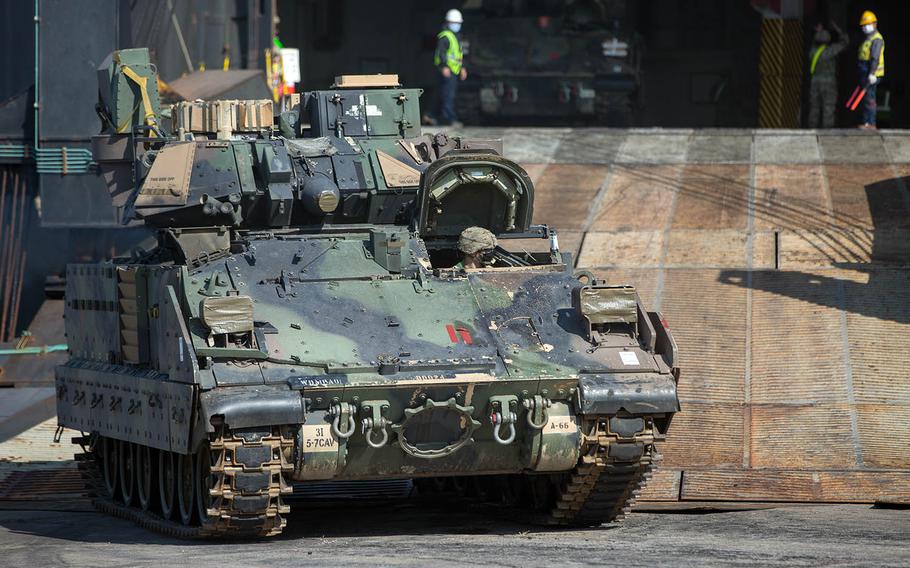 SEOUL, South Korea — Soldiers, tanks and other equipment from the new U.S. rotational brigade began arriving in South Korea on Thursday despite coronavirus concerns, with all arrivals required to undergo testing and a two-week quarantine.

Tracked armored vehicles rolled off ships in the southern port of Busan on Thursday and were to be carried to their final destination via the South Korean rail system.

Each unit brings its own equipment, including M1 Abrams tanks and M2 Bradley Infantry Fighting Vehicles, which goes home with it at the end of the nine-month rotation.

“The logistical process allows for proper maintenance and service of the old equipment and aligns our deployed forces with current Army-wide modernization and readiness efforts,” the Eighth Army said in a press release.

It added that the introduction of units from off the peninsula allows more soldiers to get experience operating in South Korea and “expands and enhances” the “ironclad” U.S.-South Korean alliance, which was forged in the 1950-53 Korean War.

The transition began amid fears that tensions with North Korea may rise after the communist state showed off a huge new intercontinental ballistic weapon that appeared to be a warning to whoever wins the November U.S. election.

The North has expressed growing frustration over the deadlock in U.S.-led talks aimed at persuading it to abandon its nuclear weapons program.

South Korea has been lauded for its efforts to keep the overall number of coronavirus cases and deaths relatively low. However, USFK has seen a surge in confirmed cases among service members traveling to the South from the United States.

The command has implemented a strict testing and quarantine process for all arrivals similar to that of the South Korean government to prevent the virus from spreading locally.

All USFK personnel must be tested for the coronavirus upon arrival, undergo a two-week quarantine, then pass a second test before being allowed to exit the quarantine.

The rotational system was introduced in 2015 when the Army deactivated the permanently stationed unit that had served near the border with North Korea for five decades.

Some 28,500 American service members are stationed in South Korea as protection against a possible invasion from the North. The rival nations remain technically at war since their Cold War-era conflict ended in an armistice instead of a peace treaty.