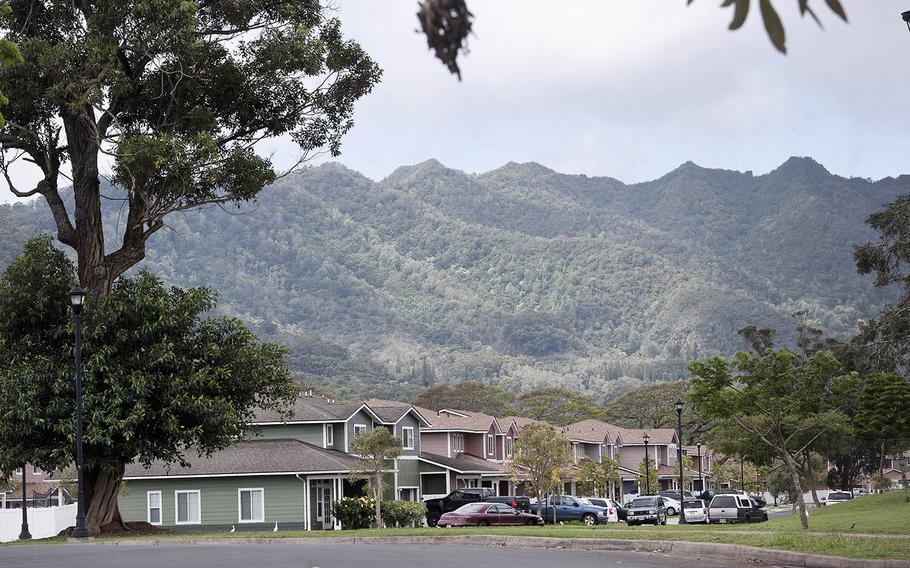 FORT SHAFTER, Hawaii — The spouse of a soldier living in post housing at Schofield Barracks, Hawaii, was discovered dead Wednesday morning by military police, the Army said in a news release.

The police were conducting a welfare check that had been requested by a family member, the Army said.

The Army is withholding the identity of the person until 24 hours after the next of kin are notified, the Army said.

Hawaii News Now, citing unnamed sources, reported that the person’s body was found in a trash receptacle and that a “person of interest” had been identified.

Special agents from the U.S. Army Criminal Investigation Command, or CID, are leading the ongoing investigation, according to the Army new release.

“According to CID agents, at this point in the investigation they have reason to believe this is an isolated death and there is no cause for public alarm,” the release said.

Schofield Barracks, in the central part of Oahu island, is the largest Army installation by population in Hawaii. It is home to the 25th Infantry Division and headquarters for U.S. Army Hawaii.