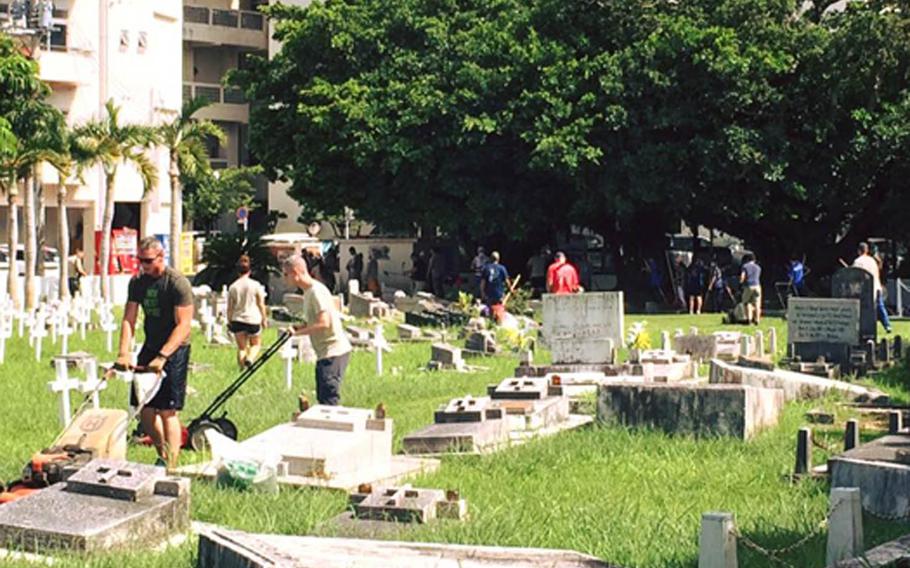 The community service award was bestowed upon the post for its contributions in beautifying the city over the past year, said Keiko Taira, deputy chief of the Citizen’s Affairs Department of Naha City Office. Post 28 cleans Tomari International Cemetery, which is a registered cultural asset, every month.

The award is rarely bestowed upon American organizations, Taira said. Most of the awardees are from schools or neighborhood associations.

“With true volunteer spirit, they have contributed to the beautification of the cemetery,” Taira said. “Their enthusiasm to make the cemetery a better place is very much appreciated.”

The cemetery holds the remains of foreigners who died on or around Okinawa, from Chinese mariners who perished at sea in the 1700s to Americans who died attending Commodore Matthew Perry’s visits to the island in the 1850s.

“The American Legion is dedicated to serve the community and we are deeply honored to have our efforts recognized,” Helton said at the June 26 ceremony.

“We hope to continue to contribute to the beautification of the cemetery and Naha City.”