Alert level rises for volcano near Yokota Air Base 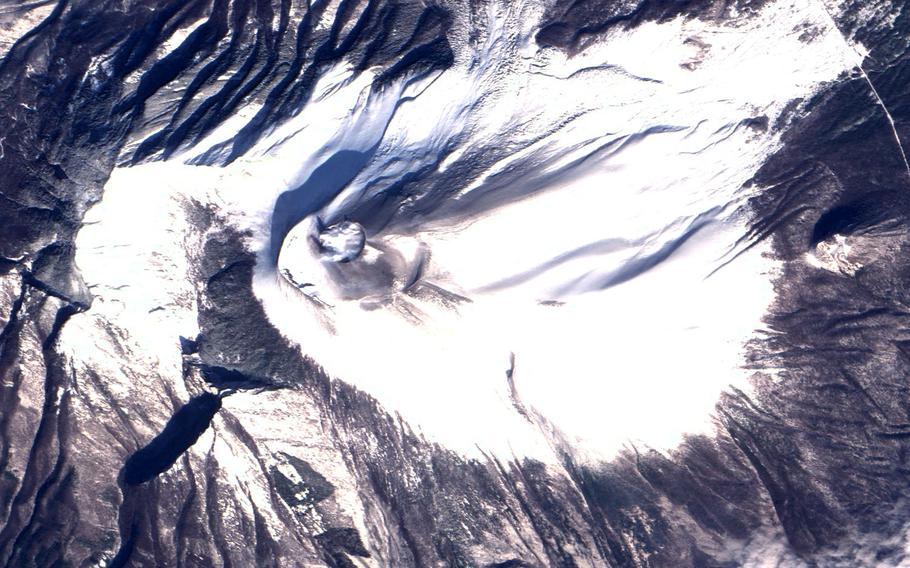 Mount Asama, an active volcano about 65 miles northwest of Yokota Air Base, Japan, is seen in this satellite image taken on the morning of Feb. 11, 2009, days after it last erupted. (NASA.gov)

YOKOTA AIR BASE, Japan — The volcanic alert level for Mount Asama, about 65 miles northwest of Yokota Air Base in western Tokyo, was raised Thursday by the Japan Meteorological Agency.

Mount Asama, an 8,425-foot peak, is among Japan’s most active volcanoes.

Mount Asama last erupted in early February 2009, killing a number of hikers and covering Yokota’s streets, buildings and vehicles with a film of volcanic ash.