Alabama couple is taking their son home, nearly two weeks after he died in South Korea 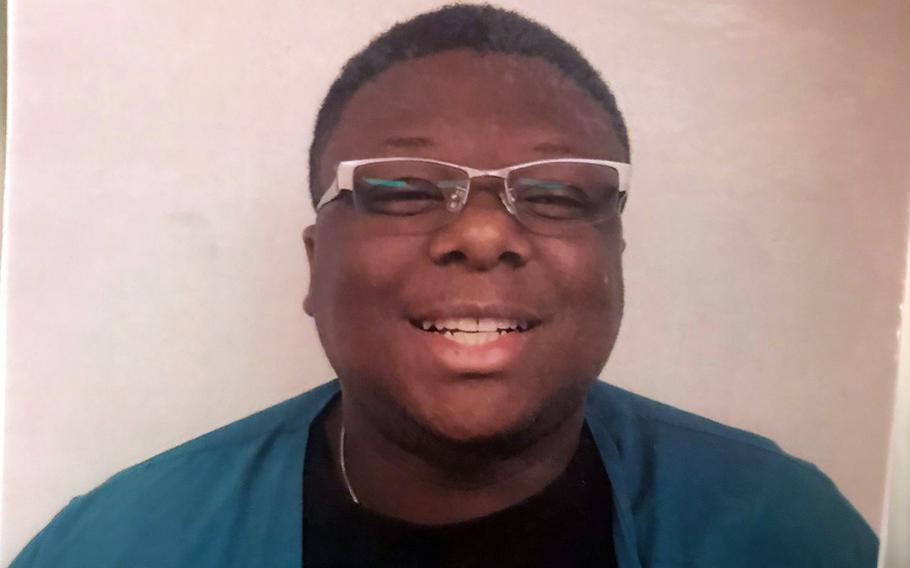 Gregory Allen, 31, was a child and youth program assistant at the Child Development Center on Yongsan Garrison in Seoul, South Korea. His parents said they struggled to retrieve his body after he died on Jan. 2 during open-heart surgery at a South Korean hospital. (Allen family)

SEOUL, South Korea — An Alabama couple was scheduled to fly home Tuesday along with their son’s body, nearly two weeks after the child care worker at Yongsan Garrison died during open-heart surgery at a South Korean hospital.

An autopsy confirmed that Gregory Allen, 31, died from pulmonary embolism on Jan. 2 after arriving Dec. 30 at Soon Chun Hyang University hospital in Seoul in a disoriented state, according to his parents.

Gregory Allen was a child and youth program assistant at the Child Development Center on Yongsan, a sprawling Army base in Seoul that is in the process of being closed. He was much loved by the children, their parents and his co-workers, who became alarmed when he failed to show up for work on Dec. 30.

Leroy and Margie Allen, of Madison, Ala., flew to Seoul as soon as they heard their son had fallen ill, but they struggled for days to retrieve the body from the hospital after he died, leaving a $24,000 bill for his care.

Leroy Allen said hospital officials refused to release the body until the bill had been paid. The hospital denied the body was held for payment, blaming bureaucratic issues for the delay.

“We do not want the circumstances that we had to endure by the hospital demanding money at 3 a.m. to happen to any other soldiers, civilians, family members and contractors still serving at Yongsan military installation in Seoul,” Leroy Allen said Tuesday.

A friend started a GoFundMe page that raised more than $10,000 to help the family.

The Department of Defense mortuary affairs team collected the body last week and an autopsy was performed at Camp Humphreys, the new U.S. military headquarters base south of Seoul.

A funeral has been scheduled for Saturday in Gregory Allen’s hometown of Ferriday, La.