Air Force: No hazard in precautionary Globemaster landing at Okinawa air base 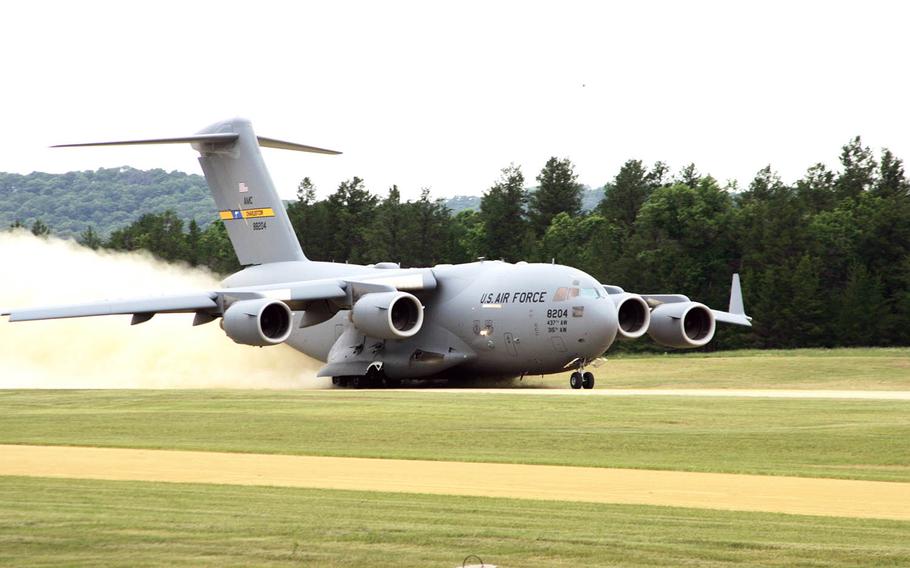 Nothing dropped out of a C-17 Globemaster aircraft that was photographed with an open compartment after a precautionary landing at Kadena Air Base Tuesday, according to the Air Force.

Photographs of the aircraft published in Japanese newspapers show the open compartment on the plane, which returned to Kadena an hour after takeoff shortly before noon, according to the Okinawa Times.

Kadena’s 18th Wing, in a statement Tuesday evening, said the open flare/chaff compartment is a safe and standard flight configuration for the C-17.

“It is not unsafe, unusual, or uncommon to fly the C-17 without this specific panel. We have confirmed with all appropriate organizations at Kadena Air Base that there was no dropped object, unintentional missing parts, or any unsafe flying procedures before, during, or after the flight,” officials said.

The Air Force’s statement did not provide the reason for the aircraft’s return.

“Upon landing, it was confirmed that there was no appreciable risk of injury or property damage, and no threat to aircrew or community safety,” the statement said.