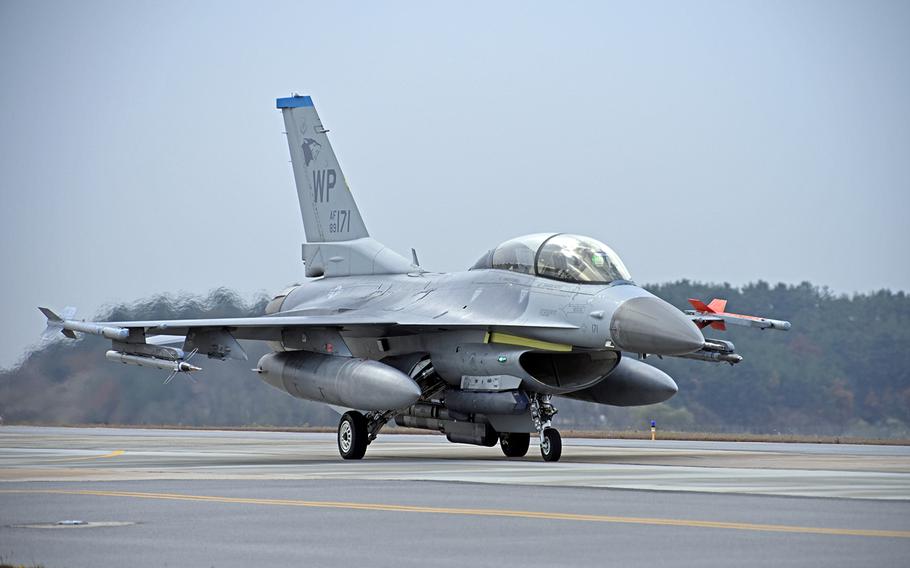 SEOUL, South Korea — An F-16 pilot suffered minor injuries after ejecting from his aircraft during a routine landing, prompting officials at Kunsan Air Base to close the runway for nearly 24 hours, according to the Air Force.

The Fighting Falcon pilot, who was not otherwise identified, was the only person aboard the aircraft when the incident occurred at about 3:30 p.m. Monday, the 8th Fighter Wing said in a press release that day. He was taken to a medical facility with minor injuries, it added.

The wing commander suspended all military and civilian flying operations “to ensure the safety and security of people and assets,” but the runway was reopened at about 3 p.m. Tuesday, according to the statement.

It did not provide more details, saying a safety board was investigating the incident and additional details will be provided as they become available.

The fighter jet was assigned to the 8th Fighter Wing, which has two fighter squadrons that perform air and space control roles including counter air, strategic attack, interdiction and close-air support missions.