After a long wait, US military dedicates new $275 million hospital at Camp Humphreys 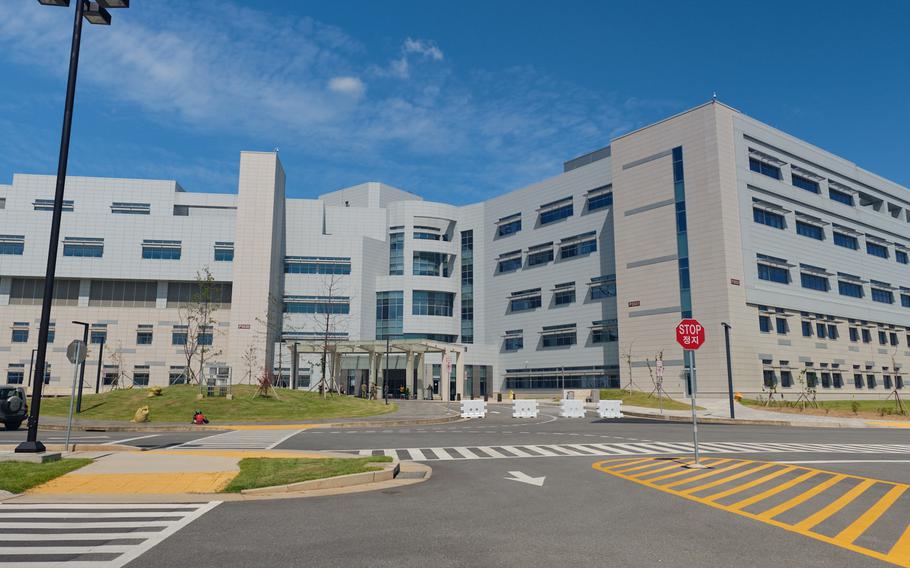 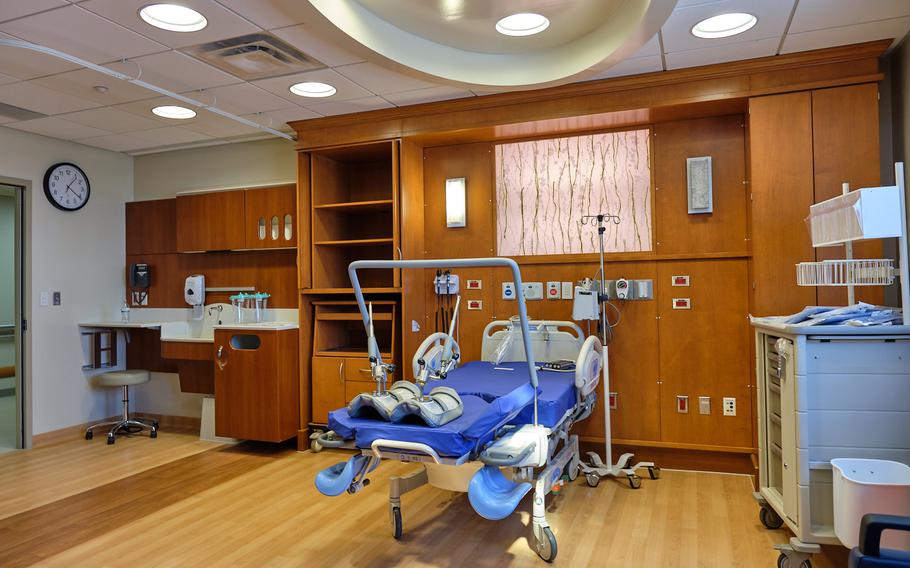 CAMP HUMPHREYS, South Korea — After years of delays, the U.S. military held a ribbon-cutting ceremony Friday for a new, $275 million hospital, marking a turning point in the relocation of most American forces to this expanded base south of Seoul.

The opening of the 68-bed Brian D. Allgood Army Community Hospital, also known as BAACH, allows its namesake facility on Yongsan Garrison in Seoul to close. The new hospital, which had already offered outpatient services, will officially open for inpatients on Nov. 15.

The U.S. military broke ground for the hospital and ambulatory care center in November 2012 on land that had been used for helicopter hangars. But construction problems and quality control issues filled the years that followed, as the South Korean contractor Samsung C&T Corp. struggled to meet rigid U.S. standards.

The final product offers improvements over the Yongsan facility, including a urology and pulmonology department, single-patient rooms, a new MRI and a robotic surgical system, officials said. It also has increased social and spiritual space.

“This environmentally friendly state-of-the-art complex was constructed to keep pace with the growth of Camp Humphreys,” Brig. Gen. Jack Davis, deputy commander of the Regional Health Command-Pacific, said during the dedication ceremony on Friday.

It will also eliminate the need for servicemembers and their families to commute to Seoul, about 55 miles north of Humphreys, for many medical services including childbirth and behavioral health care.

The South Koreans spent $225 million on the construction of the hospital, while the Americans spent about $50 million on equipping the facility, according to David Fortune, who has overseen the project for the deputy regional program manager for the Army’s health facility planning agency.

He said 96% of the equipment is new because the items at Yongsan were too old to continue using.

The Yongsan facility is due to close on Oct. 1, but officials have moved to fill the vacuum by increasing medical staff at the nearby Osan Air Base and other installations until the Nov. 15 opening date.

Americans also can go to South Korean hospitals, which often have partnerships with the military to provide English-speaking services.

The hospital, like the Yongsan facility, was named for Col. Brian D. Allgood, a former hospital commander who was killed with 11 other troops when their helicopter was shot down in 2007 in Iraq. His mother, widow and other relatives and friends attended the ceremony.

“This structure stands as a tribute to Col. Allgood’s desire to provide the best health care to those who serve here on the Korean Peninsula,” said Ricardo Alcantara, who served alongside Allgood.

It’s one of the last major facilities to open on Humphreys, which has grown to a population of more than 32,000 people after U.S. Forces Korea and other commands moved their headquarters there from Yongsan and other bases closer to the border with North Korea as part of a 2004 agreement with the South.

South Korea has funded most of the nearly $11 billion construction on the base.

Some 28,500 American servicemembers are stationed in South Korea, which technically remains at war with the North since the 1950-53 Korean War ended in an armistice instead of a peace treaty.