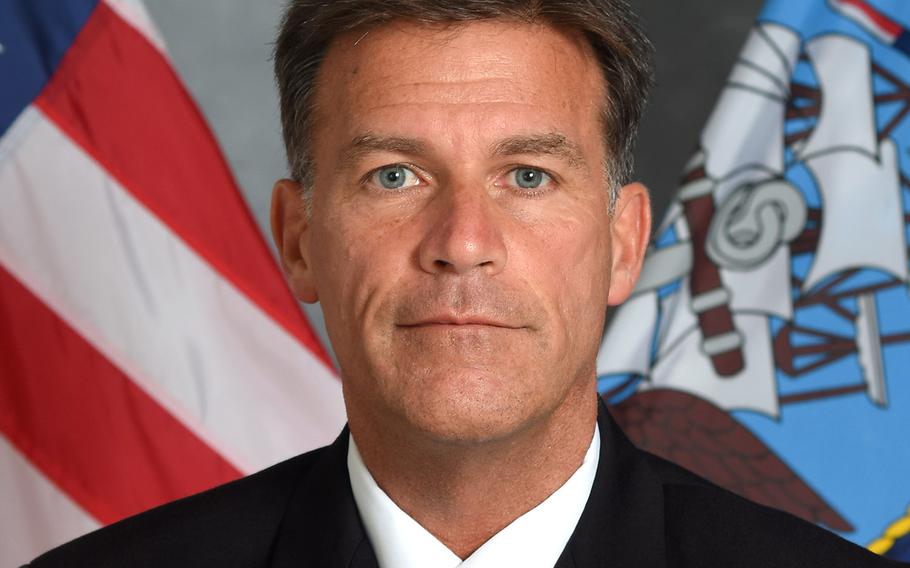 Adm. John Aquilino has served as the commander of the Pacific Fleet since May 2018. He was tapped weeks ago by President Joe Biden’s administration to be the next commander of all U.S. forces in the Indo-Pacific region. (Department of Defense)

WASHINGTON — Adm. John Aquilino, the nominee to be the next commander of American forces in the Pacific, said Tuesday that even if China were to quadruple its nuclear stockpile within the next decade, the United States would still have more warheads deployed than Beijing.

The comment from Aquilino, who is expected to be confirmed later Tuesday, contradicts how Adm. Phil Davidson, the Indo-Pacific commander now, described the size of China’s nuclear arsenal to the Senate Armed Services Committee earlier in March. Davidson agreed at the hearing that the Chinese could surpass the U.S. nuclear stockpile by 2030 if they can quadruple their number of warheads.

Aquilino has served as the commander of the Pacific Fleet since May 2018. He was tapped weeks ago by President Joe Biden’s administration to be the next commander of all U.S. forces in the Indo-Pacific region.

As a follow up from Davidson’s hearing, Sen. Elizabeth Warren, D-Mass., asked Aquilino at his confirmation hearing Tuesday that even if China quadrupled their stockpile in ten years, “China would still have fewer warheads than the U.S. [has] currently deployed, is that right?”

“If it were to quadruple today, that would be accurate,” Aquilino responded.

However, at a budget hearing March 9, Sen. Tom Cotton, R-Ark., asked Davidson that if China were to triple or quadruple their stockpile, the adversary “could possibly have nuclear overmatch against the United States before the end of this decade.”

The hearings this month come as the U.S. focuses on deterring China and lawmakers consider a $4.7 billion funding request to build up the U.S. military in the Indo-Pacific region.

Davidson warned at the hearing earlier this month that the United States needs a larger budget to protect the country from an increasingly aggressive China by investing in troops, missile detection systems and weapons in the Indo-Pacific region.

Aquilino on Tuesday largely agreed with the assessment that the U.S. must bolster its funding, including for the Pacific Deterrence Initiative, to counter Chinese influence in the region and increase cooperation with Pacific allies and partners.

The Pacific Deterrence Initiative was established in the 2021 National Defense Authorization Act, annual legislation that sets funding for the Defense Department, and is designed to enhance budget oversight and funnel resources to key military capabilities to deter China.

Congress funded $2.2 billion for the PDI in fiscal year 2021, which ends Sept. 30, and Aquilino said he also supports additional funding for the initiative in fiscal year 2022, which is slated to reach $4.6 billion.

“The Pacific Deterrence Initiative is a strong example of the effort required to compete and win,” Aquilino said in his opening statement. The PDI is “kind of the poster child for what the capabilities and things look like in prioritized order,” he added later. Force protection, the ability to command and control and communicate in a mission-partner environment, and the ability to train with allies and partners are all key capabilities that are supported by the initiative.

Aquilino warned China’s nuclear stockpile is “increasing at a rate that is faster than anyone previously believed,” but he downplayed the concern over the number of warheads that the Chinese possess.

China’s warhead stockpile is “currently estimated to be in the low-200s,” according to the Defense Department’s most recent report on the Chinese military. The U.S. inventory of nuclear warheads is 5,800.

Aquilino agreed with Warren in response to a question from the lawmaker that “credible conventional deterrence are still the best way of protecting U.S. interests in the Indo-Pacific region and avoiding a conflict with China.”

“Conventional deterrence to avoid crisis or conflict is certainly the main effort as I would see it, if confirmed,” he said.