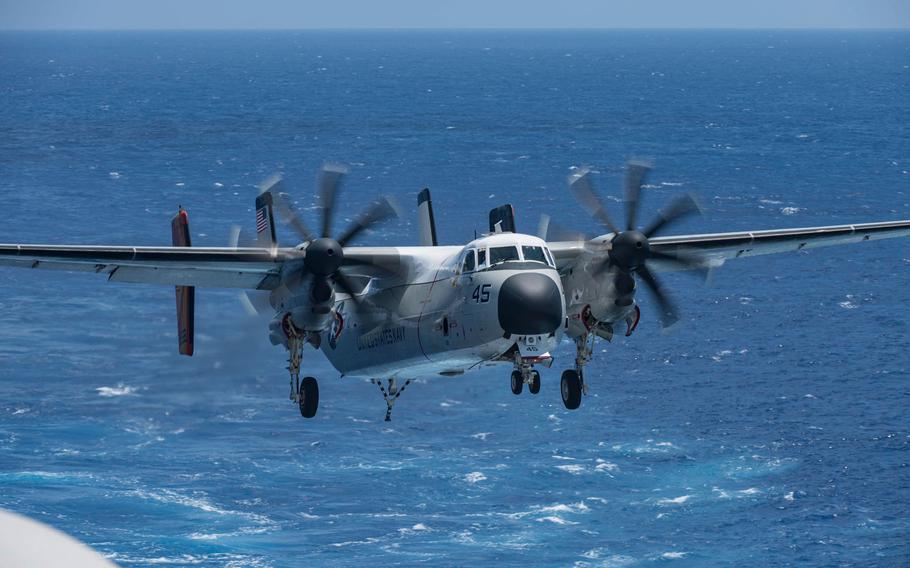 A Navy aircraft has reportedly crashed in the Philippine Sea while en route to the USS Ronald Reagan. (Darien Wiegel/U.S. Navy)

A Navy aircraft has reportedly crashed in the Philippine Sea while en route to the USS Ronald Reagan. (Darien Wiegel/U.S. Navy) YOKOSUKA NAVAL BASE, Japan — Three people were missing Wednesday after a Navy aircraft went down in the Philippine Sea while en route to the aircraft carrier USS Ronald Reagan.

Eight people have been rescued so far and are in good condition aboard the Ronald Reagan, the Navy said.

The Greyhound was carrying passengers and cargo from Marine Corps Air Station Iwakuni to the carrier at the time of the crash. It is assigned to Carrier Air Wing 5, the aviation component of the Ronald Reagan strike group.

The carrier was conducting a training exercise with the JMSDF at the time of the accident, the Navy said. The crash’s cause is unknown.