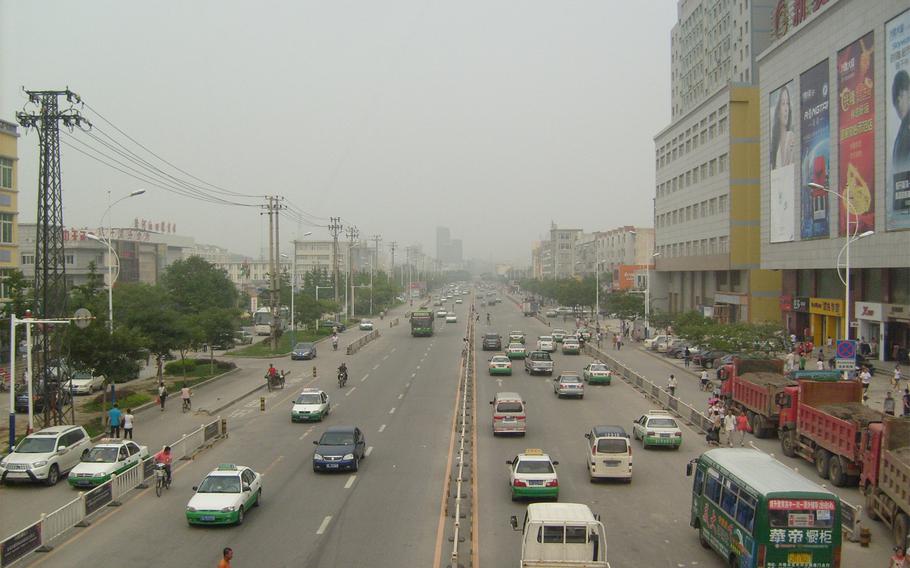 A photo of Panjin City on July 24, 2010. Two people are dead and another 12 are missing after an explosion at a chemical plant in northeastern China, underscoring the lingering problem the world’s No. 2 economy has curbing industrial accidents. (Wikimedia Commons)

Two people are dead and another 12 are missing after an explosion at a chemical plant in northeastern China, underscoring the lingering problem the world’s No. 2 economy has curbing industrial accidents.

The fire at the the Panjin Haoye Chemical Co. facility was still burning Monday, the state broadcaster said, though it was no longer spreading. The accident started during installation and maintenance of equipment, CCTV added, without elaborating.

The accident sent smoke spewing high into the sky and flames ripping through the sprawling complex, according to videos circulated on the internet. CCTV said authorities hadn’t detected any major air-quality issues in Panjin, a city of about 1.4 million people that attracts tourists to wetlands covered by a bright red plant.

The accident comes as the Asian nation gets back to work after the disruption of Covid Zero, the strategy that Chinese leader Xi Jinping deployed for nearly three years to eliminate COVID-19.

It is also the latest in a string of factory and mine accidents in recent years. China’s coal mines suffered a spate of accidents last year that killed at least 129 people, prompting the government to announce plans for making the industry safer.

Chemical facilities have been a particular problem for regulators through the years. In 2019, the nation closed an industrial park in Jiangsu where a blast killed some 78 people and left hundreds others injured. Xi himself ordered rescuers to make all-out efforts to help victims in that incident.

The nation was shocked by an explosion at a storage site for hazardous materials in the port city of Tianjin in 2015. That disaster, which killed 173 people, spurred a nationwide review of similar facilities.