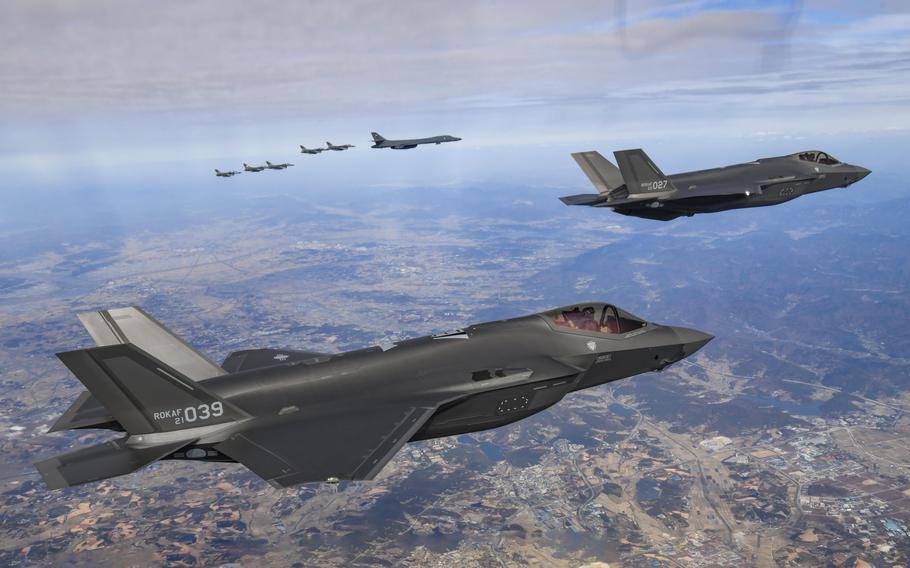 The North's Korean Central News Agency said Kim oversaw the launch of the Hwasong-17 missile, a day after its neighbors said they had detected the launch of an ICBM that showed a potential to reach anywhere in the United States.

KCNA said Kim observed the launch with his wife Ri Sol Ju and their "beloved daughter" as well as senior officials. State media photos showed Kim walking hand-in-hand with his daughter, who was clad in a white coat, together watching a huge missile loaded on a launch truck. It's the first time for North Korea to publish the photo of Kim's daughter. Observers say Kim observing a weapons launch with his family suggests that he was confident in its success.

Kim, 38, is the third generation of his family to rule North Korea. South Korean media reported he has three children born in 2010, 2013 and 2017, respectively. It wasn't immediately known which child he took to the launch site.

Friday's launch was part of the North's ongoing barrage of missile tests that are seen as an attempt to expand its arsenal and boost its leverage in future diplomacy. Some foreign experts said the Hwasong-17 missile is still under development but is the North's longest-range ballistic weapon designed to carry multiple nuclear warheads to defeat U.S. missile defense systems. 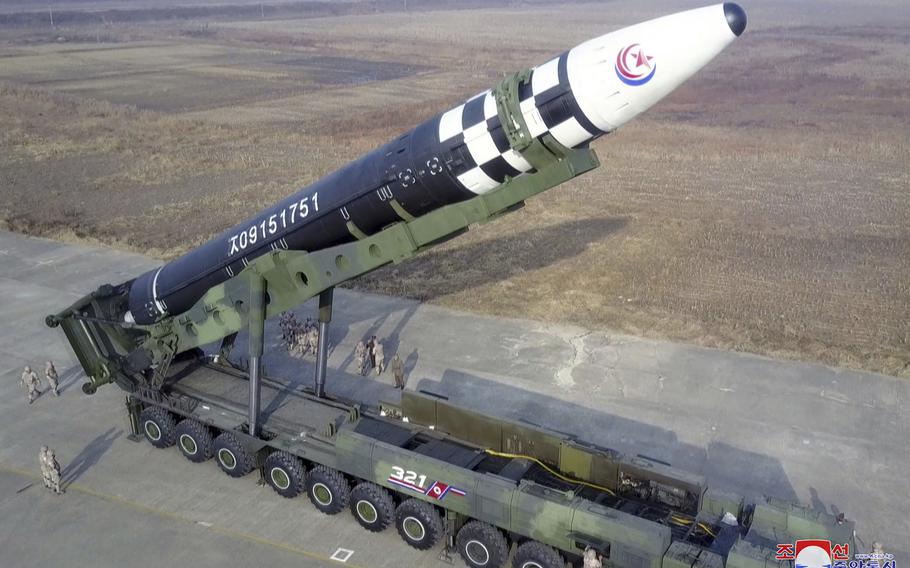 KCNA said the missile fired from Pyongyang International Airport traveled up to a maximum altitude of about 3,750 miles and flew a distance of about 620 miles before it landed on the preset area in international waters off the country's east coast.

"The test-fire clearly proved the reliability of the new major strategic weapon system to be representative of (North Korea's) strategic forces and its powerful combat performance as the strongest strategic weapon in the world," KCNA said.

"Kim Jong Un solemnly declared that if the enemies continue to pose threats to (North Korea), frequently introducing nuclear strike means, our party and government will resolutely react to nukes with nuclear weapons and to total confrontation with all-out confrontation," KCNA said.

Kim's statement suggests North Korea will continue its testing activities as the United States is pushing to bolster its security commitment to its allies South Korea and Japan. There are concerns that North Korea could soon conduct its first nuclear test in five years. 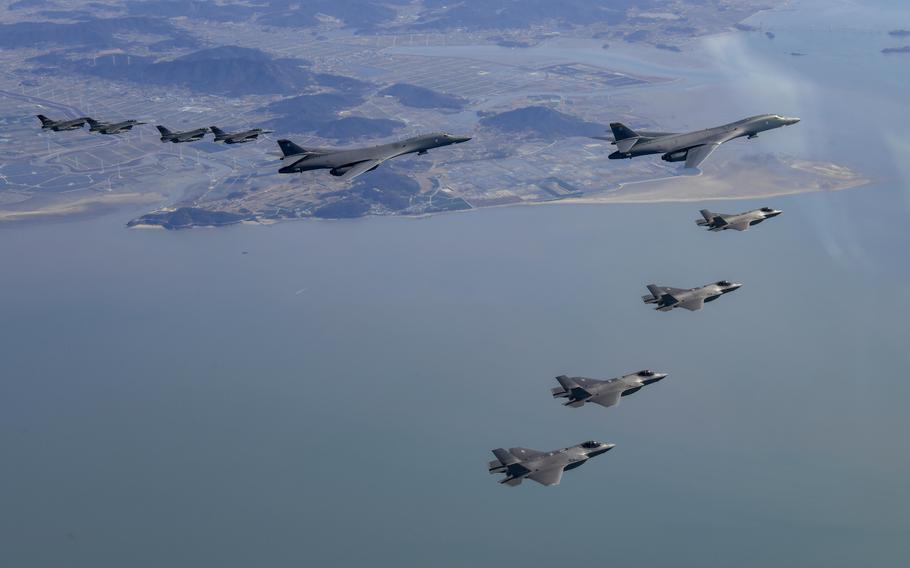 U.S. B-1B bombers took part in joint drills Saturday with other South Korean and American warplanes in response to the North Korean launch, according to South Korea's Joint Chiefs of Staff. It said the drills demonstrated an "iron-clad" U.S. security commitment to South Korea and the allies' combined defense posture.

North Korea is sensitive to the deployment of U.S. B-1B bombers because they're capable of carrying a huge payload of conventional weapons. Earlier this month, the U.S. sent B-1B bombers streaking over South Korea as part of exercises, in the bombers' first such flyover in five years.

The U.N. Security Council scheduled an emergency meeting for Monday morning on North Korea's latest ballistic missile launch at Japan's request. But it's unclear if it can slap fresh sanctions on North Korea because China and Russia, two of the council's veto-wielding members, opposed the United States and allies' moves to toughen sanctions on the North over its banned tests of ballistic missiles earlier this year.

U.S. National Security Council spokesperson Adrienne Watson condemned Friday's launch and said the United States will take "all necessary measures" to guarantee the safety of its territory and South Korea and Japan. Vice President Kamala Harris separately met with the leaders of those countries and of Australia, Canada and New Zealand who are attending a regional forum in Bangkok to discuss a joint response to North Korea.

Japanese Defense Minister Yasukazu Hamada said Friday that depending on the weight of a potential warhead, the missile had a range exceeding 15,000 kilometers (9,320 miles), "in which case it could cover the entire mainland United States."

The North's nuclear and missile arsenals are shrouded in secrecy. Some experts say North Korea is still years away from possessing a functioning nuclear missile, saying it has yet to prove technologies to ensure that warheads survive the harsh conditions of atmospheric reentry. But others say North Korea has likely already acquired such capacities given the number of years spent on its nuclear program.

In recent months, North Korea has performed dozens of shorter-range missile tests that it called simulations of nuclear attacks on South Korean and U.S. targets. North Korea said its tests were aimed at issuing a warning to the United States and South Korea over their military training that the North views as an invasion rehearsal. Seoul and Washington have said their regular exercises are defensive in nature.

North Korea halted weapons launches for about a week before it fired a short-range ballistic missile on Thursday. Before that launch, North Korean Foreign Minister Choe Son Hui threatened to launch "fiercer" military responses to steps by the U.S. to bolster its security commitment to South Korea and Japan.

U.S. President Joe Biden met with his South Korean and Japanese counterparts Nov. 13 on the sidelines of a regional gathering in Cambodia, issuing a joint statement that strongly condemned North Korea's recent missile tests and agreed to work together to strengthen deterrence. Biden reaffirmed the U.S. commitment to defend South Korea and Japan with a full range of capabilities, including nuclear weapons.