The Navy's new flame-resistant, two-piece organizational uniform, comonly known as the 2POC, is dark blue for E-6 and below and khaki for E-7 and above, including officers. (Stacy Atkins Ricks/U.S. Navy)

The Navy is preparing to introduce yet another clothing item to the fleet — a two-piece flame retardant uniform that aims to be “a common sense alternative to coveralls,” according to a U.S. Fleet Forces spokeswoman.

More commonly known as the 2POC, the two-piece organizational clothing uniform will debut later this year, Lt. Cmdr. Madie Hansen told Stars and Stripes by email Tuesday. It was designed for various working conditions and environments, she said, including surface ships, submarines, flight decks, during sea-and-anchor detail and fire-fighting.

Advertised by the Navy as its “primary at-sea” uniform, the 2POC features the same flame resistance as the improved coveralls rolled out in 2018, according to Hansen. They are made of flame-resistant rayon, aramid, meta-aramid, para-aramid and nylon.

“The Navy is committed to continuously improving safety, and our sailors are much safer today than before the introduction of flame-resistant variants,” she said.

It mirrors the cut of the Type III working uniform and is lighter and more comfortable than the current coveralls, Hansen said. No ironing is necessary; the 2POC was designed to be worn right out of the dryer, she added.

The 2POC is not a uniform, but “organizational clothing,” Hansen said, meaning it is issued to sailors for free by their command and is not an additional requirement to the sea bag.

Forty “ambassadors” have been wearing the uniform over the past year to educate sailors about the 2POC, Hansen said. This follows modifications made after enlisted sailors and officers tried out the clothing and provided their feedback.

Not everyone is happy about the change. Michael Frech, a chief petty officer who retired in February, said there are “far too many uniforms and too many unnecessary uniforms as well as requirements.” 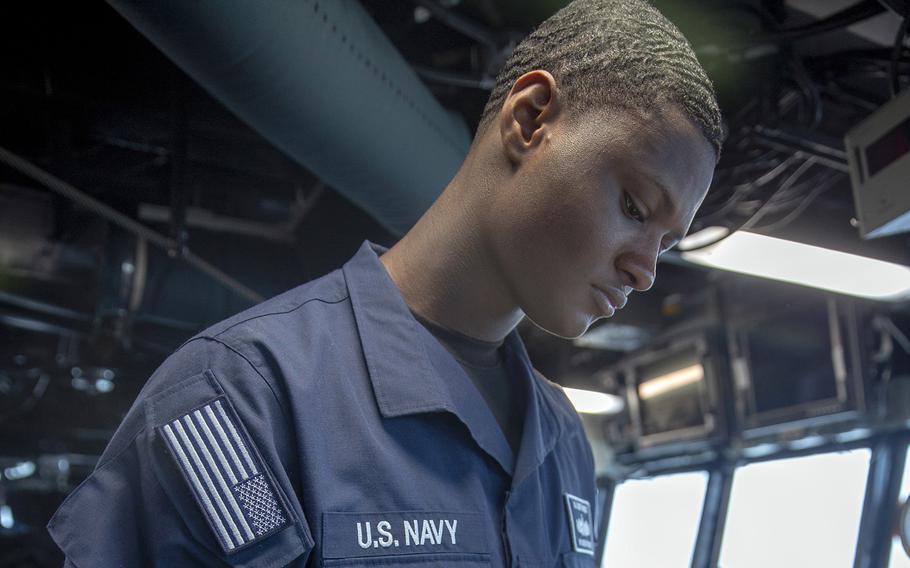 “Why do we need fire retardant coveralls?” he asked Stars and Stripes via Facebook Messenger Monday. “To fight fires, right? Well, what does the repair locker have? Fire retardant bulwark coveralls and fire-fighting garments. So, what’s the point?”

Hansen said 84 percent of sailors surveyed between May and September 2019 at Norfolk, Oceana and Bahrain said they wanted something other than standard coveralls.

Unlike the coveralls it is replacing, the 2POC can be worn in port and underway and is approved for on and off base while making routine stops, she said.

The 2POC is dark blue for E-6 and below and khaki for E-7 and above, including officers.

For outerwear, sailors will be authorized to wear the black navy working uniform fleece liner with the color match tab as well as their command ball caps.

“We want Sailors to be proud of what they wear, and the two-piece organizational clothing or “2POC” represents our warfighting heritage while meeting today’s needs of our hard-working fleet,” Hansen said.