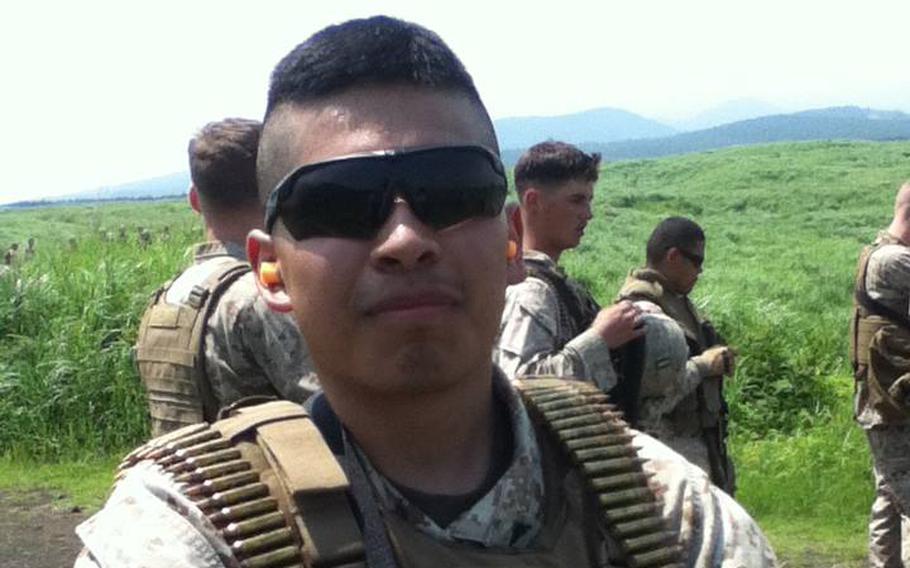 Sgt. Juan Iturbide, shown here in 2013 at Combined Arms Training Center Camp Fuji, Japan, was stabbed to death by his wife during an argument in their Hawaii home on Feb. 18, 2018. (Facebook)

HONOLULU — A woman found guilty of stabbing her Marine husband to death during an argument in their Hawaii home has been sentenced to 20 years in prison.

A jury found her guilty of manslaughter for the Feb. 18, 2018 stabbing that killed Sgt. Juan Iturbide.

Juan Iturbide, 24, of Orange, California, was a food service specialist stationed at Marine Corps Base Hawaii in Kaneohe Bay.

She later told police she stabbed her husband after they had been drinking and fighting, according to court documents.