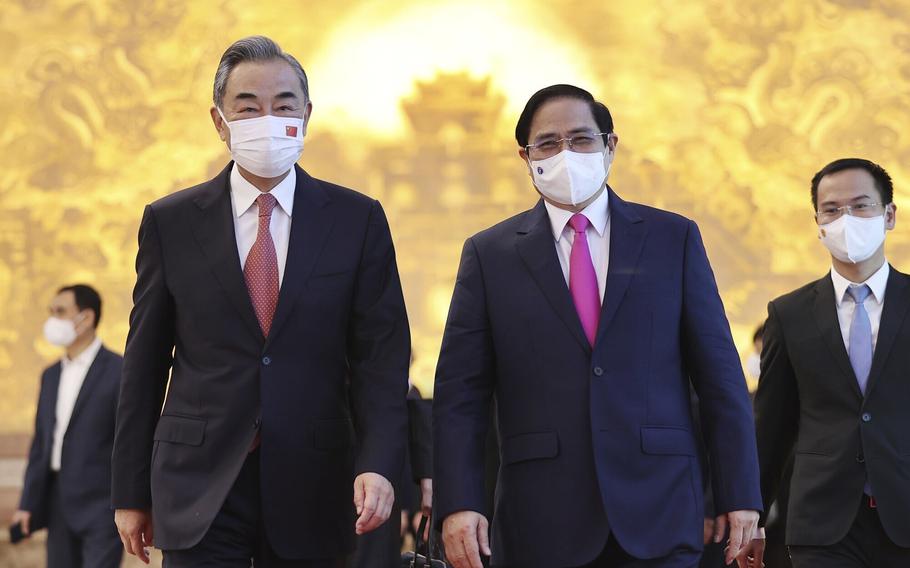 HANOI, Vietnam — China plans to donate 3 million doses of its coronavirus vaccine to Vietnam, Chinese Foreign Minister Wang Yi said Saturday as he wrapped up a visit to Hanoi.

Yi’s pledge comes amid a virus lockdown in Vietnam to contain a COVID-19 surge. About 23 million Vietnamese students started a new school year earlier this week, most of them in virtual classrooms.

Vietnam has previously accused China of obstructing its gas exploration activities in the South China Sea, where Beijing has constructed several islands equipped with airstrips and military installations.

Japan’s Defense Minister Nobuo Kishi was also in Hanoi on Saturday, where he signed a deal allowing Japan to give Vietnam defense equipment and technology.

Wang’s visit comes two weeks after U.S. Vice President Kamala Harris travelled to Vietnam to strengthen ties. During the tour, Harris urged countries to stand up against “bullying” by China in the South China Sea.