20,000 US troops descend on Australia for training 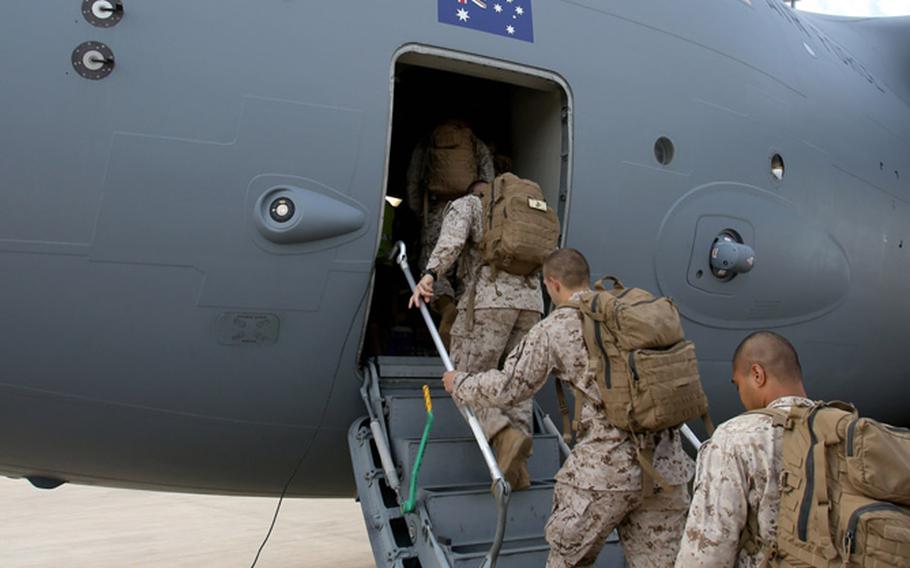 The focus of this year’s exercise has shifted to amphibious operations as the training moved from the Northern Territory to Australia’s east coast and the Coral Sea. It also marks the first time the MV-22 Osprey hybrid aircraft will touch down on Australian soil. Federal agencies such as the FBI will also have an expanded role as they train with their Australian counterparts.

The fifth iteration of the bi-annual, bi-lateral, exercise is also the biggest to date.

Brown said that the increased presence was most likely due to the U.S. pivot to the Pacific. Also, the USS Bonhomme Richard’s predecessor, the USS Essex, was unable to take part in the exercise two years ago due to maintenance issues.

“The U.S. was a bit more stretched at that time,” Brown said.

“For Australia, [the exercise] is important because we’re developing an increased amphibious capability,” he said.

The Australians plan to procure two amphibious assault ships in the next couple of years, Brown said, so there is an increased emphasis placed on training with the 31st Marine Expeditionary Unit and the Bonhomme Richard Amphibious Ready Group.

The exercise will feature comprehensive amphibious, airborne and special operations training. The U.S. has sent 15 ships this year, including the George Washington Carrier Strike Group, which will be coupled with 11 Australian vessels. The exercise is being observed by representatives from Vietnam, Japan, Indonesia, Canada and the U.K.

Saturday will be the busiest day of the exercise, which ends Aug. 5, as U.S. Army and Australian paratroops take part in an air assault, while two major amphibious operations, including a beach landing, also take place. That same day, the FBI will be training with Queensland police on interview and crime scene techniques.

Talisman Sabre 2011 featured 22,000 troops from the U.S., Australia and Canada. The exercise two years ago featured paratrooper landings and amphibious operations as well as land-based training in the Northern Territory. Officials from the Departments of Homeland Security, Agriculture and Justice were also on hand to coordinate efforts with military officials.

The alliance between the U.S. and Australia has strengthened in recent years from the battlefield in Afghanistan to the deployment of U.S. Marines to Darwin. The Australian government announced in June that the number of Marines rotating in on six-month deployments would increase to 1,150 in 2014.