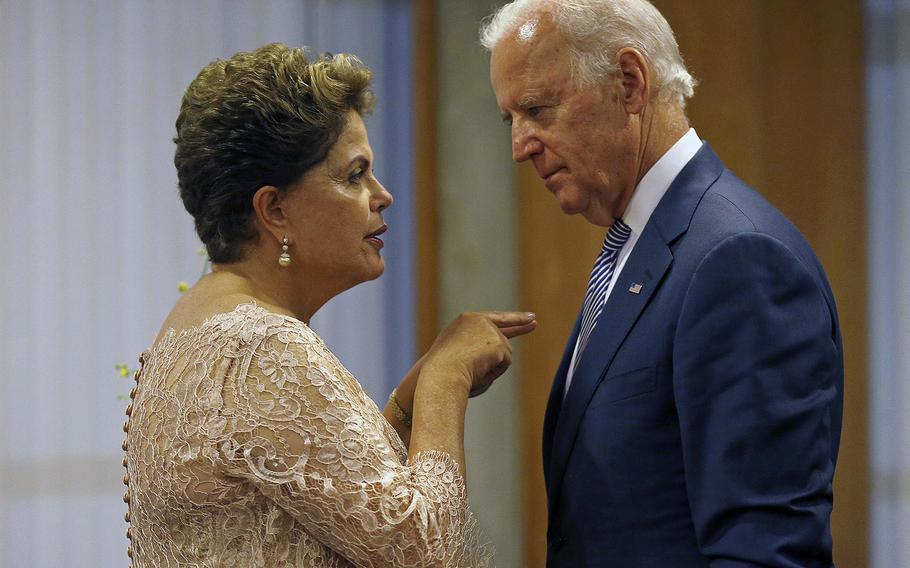 Brazil's President Dilma Rousseff, left, and U.S. Vice President Joe Biden hold a bilateral meeting after she was sworn in for a second term, at the Itamaraty palace in Brasilia, Brazil, Jan. 1, 2015. (Ricardo Moraes, Pool/AP)

The two leaders met Thursday in Brasilia on the sidelines of Rousseff's inauguration for her second term. The White House says Biden congratulated Rousseff on President Barack Obama's behalf, and that the leaders agreed that the U.S. and Brazil must work together "in equal partnership" on regional and global issues.

The White House is still seeking to repair its relationship with Rousseff following revelations by National Security Agency leaker Edward Snowden that the U.S. had spied on Rousseff's communications. She was outraged and canceled plans to come to Washington for a rare state visit.

Rousseff was re-elected in October.