Pentagon: Moving detainees from Guantanamo to US saves money 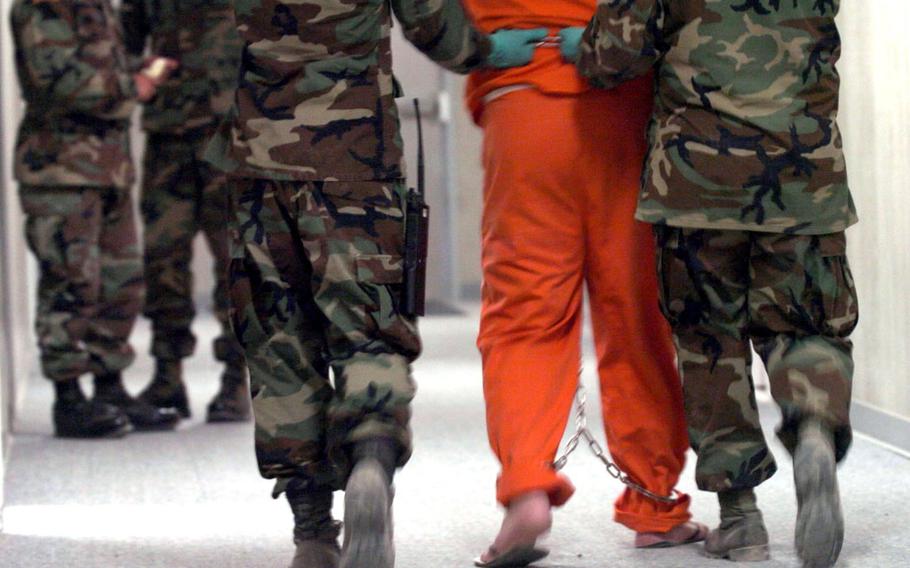 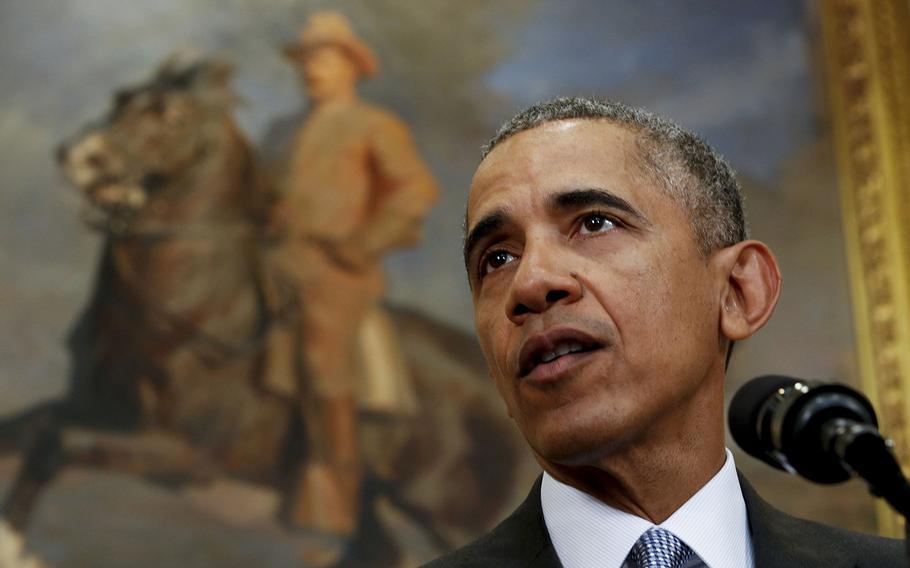 U.S. President Barack Obama delivers a statement on a plan to close Guantanamo Bay in the Roosevelt Room of the White House on Tuesday, Feb. 23, 2016. (Aude Guerrucci, Sipa USA/TNS)

WASHINGTON — The Pentagon on Tuesday sent a plan to Congress that outlines the long-awaited closure of the Guantanamo Bay detention center and remains committed to moving some detainees from the controversial facility in Cuba to an existing prison in the United States.

The roughly 20-page plan, which was submitted on the deadline mandated in the 2016 National Defense Authorization Act, states that moving 56 unreleasable detainees into a single, existing state, federal or military prison would save the government between $65 million and $85 million each year.

The Pentagon’s plan, endorsed by President Barack Obama, was largely expected to be rejected by Republican lawmakers, who have been instrumental in passing legislation banning such transfers of Guantanamo detainees into the U.S. Some Republican leaders on Tuesday dismissed it as vague.

“I have pledged to give the president’s plan a fair hearing, but he makes it impossible to do so when he withholds critical details,” said Thornberry, chairman of the House Armed Services Committee.

But Obama said he remains firmly committed to closing Guantanamo before he leaves office in January, calling the facility a propaganda tool for terrorists that concerns our closest allies.

“I am very clear-eyed about the hurdles to finally closing Guantanamo,” he said during a news conference at the White House, where he was flanked by Vice President Joe Biden and Defense Secretary Ash Carter. “The politics of this are tough. I think a lot of the American public are worried about terrorism, and in their minds the notion of having terrorists held in the United States rather than in some distant place can be scary.”

But Obama also said Tuesday that part of the message to Americans is there are already dangerous terrorists being held in the United States.

“And there have been no incidents. We’ve managed it just fine,” he said.

The Pentagon’s plan seeks to transfer 35 detainees in the coming months to other countries. It must be determined first that the detainees no longer hold a substantial security risk to the United States.

The remaining 56 detainees facing trial or considered too dangerous to release cannot be transferred. They would be housed in an existing facility that would receive security enhancements. Those detainees would be guarded by Defense Department personnel. While the plan cites 13 potential facilities, it does not identify them by name.

Housing detainees in one of those facilities would cost between $265 million and $305 million each year, according to the report. Last year, Guantanamo cost $445 million to operate. It would need more than $225 million in repairs and construction if it were to stay open.

The Pentagon report estimates it would cost between $65 million and $85 million more each year to house the detainees at Guantanamo than holding them at one of the U.S. sites.

Moving detainees would include one-time costs between $290 million and $475 million for infrastructure, though lower operating costs would offset that spending within three to five years, the report states.

But lawmakers from Colorado, Kansas and South Carolina have adamantly opposed hosting the detainees in their states.

“I remain committed to blocking the transfer of Guantanamo detainees anywhere in the United States, especially Fort Leavenworth,” Moran said in a prepared statement. ”We must safeguard the missions on Fort Leavenworth, the nearly 14,000 military and civilian personnel and their family members, and the thousands of Kansans who live in the Leavenworth community.”

“What we received today is a vague menu of options, not a credible plan for closing Guantanamo,” he said, accusing Obama of “passing the buck” on closing the facility to Congress.

McCain, chairman of the Senate Armed Service Committee, said his committee will “closely scrutinize and hold hearings on the details” of the plan.

“I don’t want to pass this problem on to the next president, whoever it is,” Obama said.