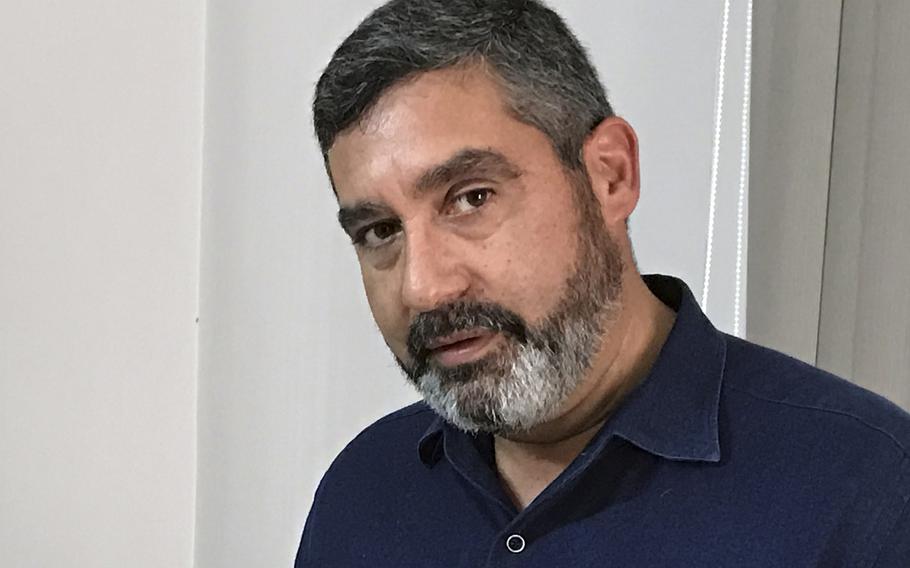 In this April 26, 2017 photo, former Venezuelan Interior Minister Miguel Rodriguez Torres poses for a photo during an interview at his office in Caracas, Venezuela. On Saturday, Jan. 21, 2023, Venezuela’s government has released Torres, a former spy chief for the late president, Hugo Chávez, and who spent nearly five years in prison for spearheading a movement of disgruntled loyalists that defied the rule of the leftist firebrand’s handpicked succesor, Nicolás Maduro. (Joshua Goodman/AP)

MIAMI — Venezuela's government has released a former spy chief for the late president, Hugo Chávez, and who spent nearly five years in prison for spearheading a movement of disgruntled loyalists that defied the rule of the leftist firebrand's handpicked succesor, Nicolás Maduro.

Miguel Rodríguez Torres departed his homeland on Saturday to live in exile in Spain, according to someone close to Rodríguez Torres who spoke on the condition of anonymity because the release hadn't yet been announced by the Maduro government. He was accompanied by former Spanish President José Luis Rodríguez Zapatero, who had been working behind the scenes to secure Rodríguez Torres' freedom, according to the person.

Rodríguez Torres is a former army major general with deep ties inside Venezuela's military, which is the traditional arbiter of the country's political disputes. He cut his teeth as revolutionary stalwart by partaking in a failed 1992 coup led by Chávez, who was a tank commander at the time.

But he ran afoul of Maduro, by questioning the socialist leader's stubborn adherence to rigid foreign exchange controls blamed for soaring inflation and a cratering currency.

Never embraced by Maduro's traditionally conservative opponents, who despised him for leading a crackdown on anti-government protests in 2014 while serving as interior minister, Rodríguez Torres nonetheless galvanized a small if combative movement of onetime loyalists.

Maduro, who, unlike Chávez, never served in the military, immediately viewed him as a threat. In March 2018, he was hauled away by agents from the Bolivarian intelligence service he once commanded while delivering a speech at a hotel ballroom in which he called for free and fair elections.

Later, he was charged with multiple crimes, including treason and leading a barracks rebellion. But he never admitted his guilt and spent most of the past five years at a military prison in Caracas.