Special forces hang from a helicopter with billowing smoke in the colors of the Mexican flag during the annual Independence Day military parade at the main square, the Zocalo, in Mexico City, Friday, Sept. 16, 2022. (Marco Ugarte/AP)

MEXICO CITY — Mexico's Independence Day parade Friday had even more of a militaristic air this year coming just days after the relatively new National Guard was passed completely to the command of the military.

The gray-camouflaged National Guard troops were a heavy presence in the display in central Mexico City. With the guard's recent transfer and a push to extend permission for Mexico's military to remain in a policing role through 2028, President Andrés Manuel López Obrador has concentrated his domestic security strategy on the country's soldiers and marines.

Standing before rows of thousands of troops Friday, López Obrador thanked the navy and army for their loyalty and affirmed that the National Guard will have a mission of "guaranteeing public safety with efficiency and respect for human rights." 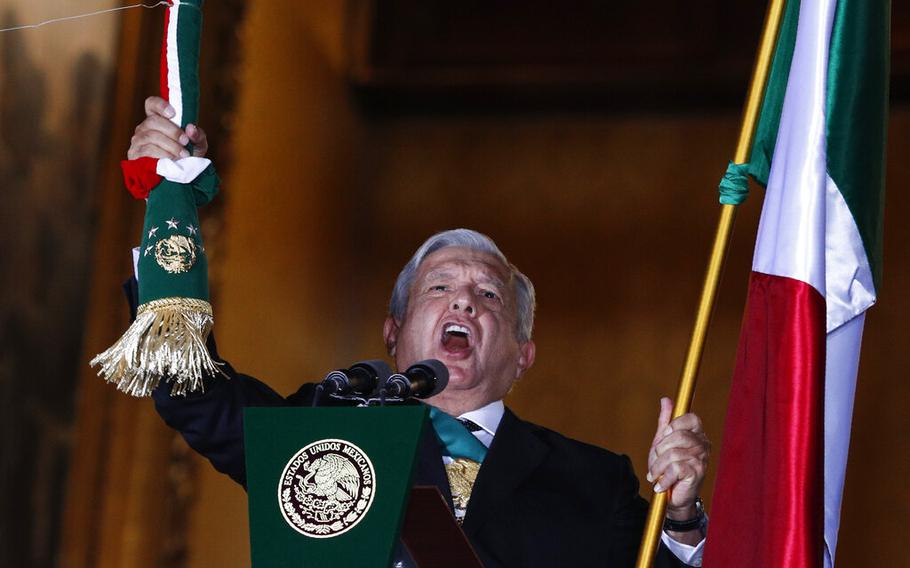 Mexican President Andres Manuel Lopez Obrador rings the bell as he gives the annual independence shout from the balcony of the National Palace to kick off Independence Day celebrations at the Zocalo in Mexico City, on Sept. 15, 2020. (Rebecca Blackwell/AP)

Defense Secretary Luis Cresencio Sandoval said in a speech that the armed forces "act at all times subordinate to the civil authority."

Sandoval appeared to be pushing back against criticism from within Mexico and abroad that López Obrador has given too much power and responsibility to the military and given up on professionalizing the country's civilian police.

The National Guard, formed in 2019, was originally under the control of the Citizen Safety and Protection Ministry. However, while ostensibly a civilian force, it was made up almost entirely of military personnel, led by retired military officers and dependent on the army for logistics.

López Obrador has said repeatedly that he views the military as the least corrupt security institution and the only one up for the job. His administration has struggled to lower persistently high levels of violence, most of it related to the country's powerful drug cartels.

Opposition politicians and civil society organizations have said they will go t court to challenge the transfer of the National Guard's control. 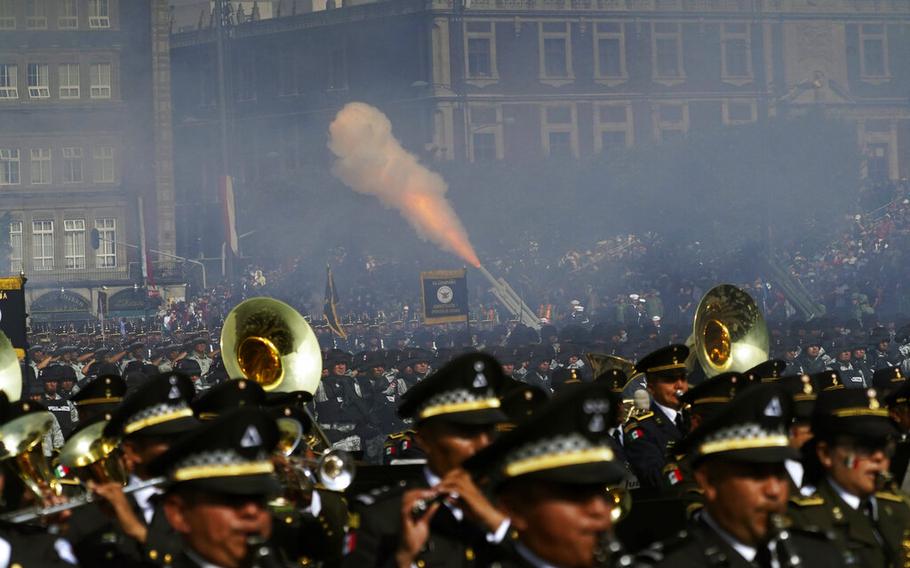 Soldiers fire ceremonial rounds from cannons as part of the annual Independence Day military parade at the main square, the Zocalo, in Mexico City, on Friday, Sept. 16, 2022. (Marco Ugarte/AP) 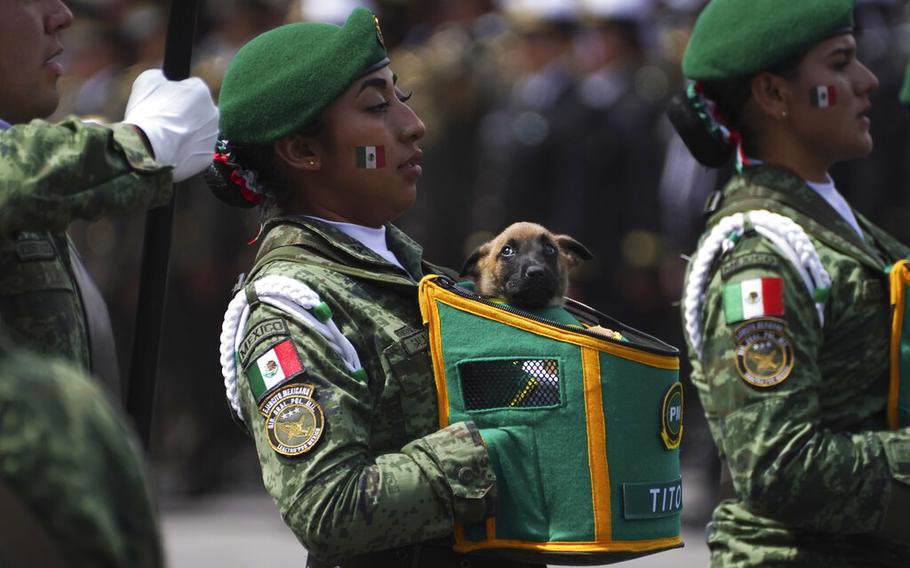 A soldier with the military police marches with a puppy that will be trained to work with the military during the annual Independence Day military parade in the capital’s main square, the Zocalo, in Mexico City, on Friday, September 16, 2022. (Marco Ugarte/AP)

The debate is not new and López Obrador has called opposition politicians as hypocrites, because the last three parties to hold the presidency have all leaned heavily on the military in policing.

But López Obrador has gone further, putting the military in charge of an array of projects, among them creating a new airport for the capital, running ports, building a tourist train line on the Yucatan Peninsula, curbing fuel theft and handling logisitics for much of the government's COVID-19 response.

Those expanded responsibilities have strengthened the military in comparison with other civil entities and immersed Mexico in "militarism," said Edith Olivares, executive director of Amnesty International in Mexico.

"We are changing that subordinate relationship of military power to civil power and instead the military power is acquiring more and more presence, more resources and more responsibilities," she said.