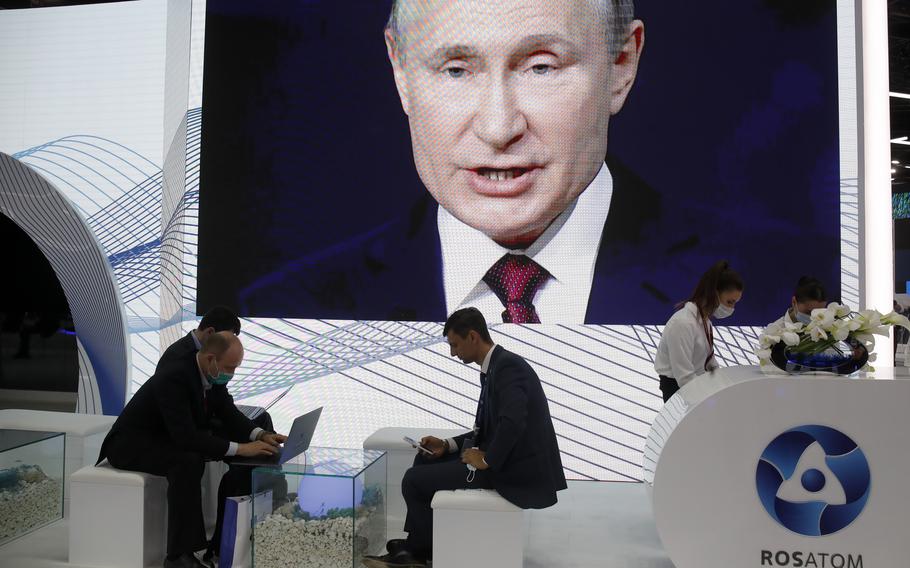 MOSCOW — Russia on Monday targeted nine Canadian officials with sanctions in retaliation to Canada’s restrictions against Russian officials accused of involvement in the imprisonment of Russian opposition leader Alexei Navalny.

The Russian travel ban on Canadian officials follows similar sanctions previously imposed by Moscow against U.S. and European officials in response to their restrictions against Russian officials.

Navalny, the most determined political foe of Russian President Vladimir Putin, was arrested in January upon his return from Germany where he spent five months recovering from a nerve agent poisoning that he blames on the Kremlin — accusations that Russian officials reject. European labs have confirmed that Navalny was poisoned.

In February, Navalny was handed a 2 1/2-year prison term on charges of violating the terms of a suspended sentence while he was in Germany. The sentence stemmed from a 2014 embezzlement conviction that Navalny has condemned as politically motivated.

Russia has rejected the U.S. and the EU criticism of Navalny’s imprisonment and of Russia’s crackdown on protests demanding his release as meddling in its internal affairs.

The tensions over Navalny further exacerbated Russia’s relations with the West, which sank to post-Cold War lows over Russia’s 2014 annexation of Ukraine’s Crimean Peninsula, the accusations of Moscow’s interference in elections and hacking attacks.

Russian Foreign Ministry spokeswoman Maria Zakharova said in a statement that Moscow remains open for “the development of our ties on the basis of mutual respect and with the emphasis on cooperation in areas such as the Arctic issues, relations between regions and business ties where our interests objectively converge.”