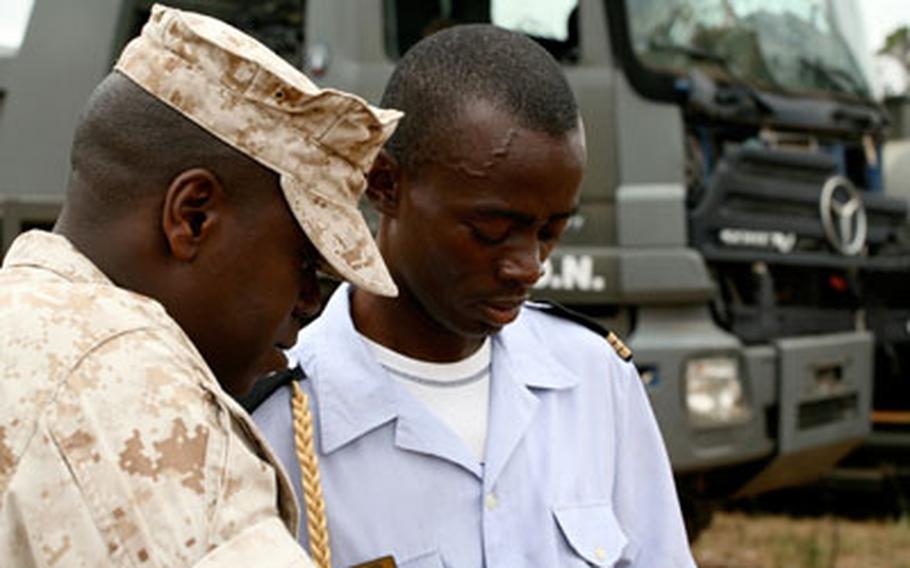 STUTTGART, Germany &#8212; The militaries of 25 African nations are testing their ability to communicate with one another during Africa Endeavor, an annual exercise coordinated by the U.S. Africa Command.

The initiative, being held in the west central African nation of Gabon, gives participating nations an opportunity to test their information technology systems and ensure that they are compatible for joint military missions such as peacekeeping operations, according to military officials.

"Each nation will have its own communications equipment that may or may not be completely compatible with that of other participating nations," Gabonese navy Rear Adm. Herve Nambo said during a news conference before the start of the exercise. "So, we learn during these exercises how to be able to talk via radio or send data and be successfully received by another country whatever the kind of equipment they may use."

The two-week exercise, which concludes Thursday, involves more than 200 personnel.

The AFRICOM exercise comes on the heels of a similar U.S. European Command-sponsored operation &#8212; Combined Endeavor &#8212; that tested the communication compatibility of the U.S. and its European allies. The EUCOM exercise ended in September.